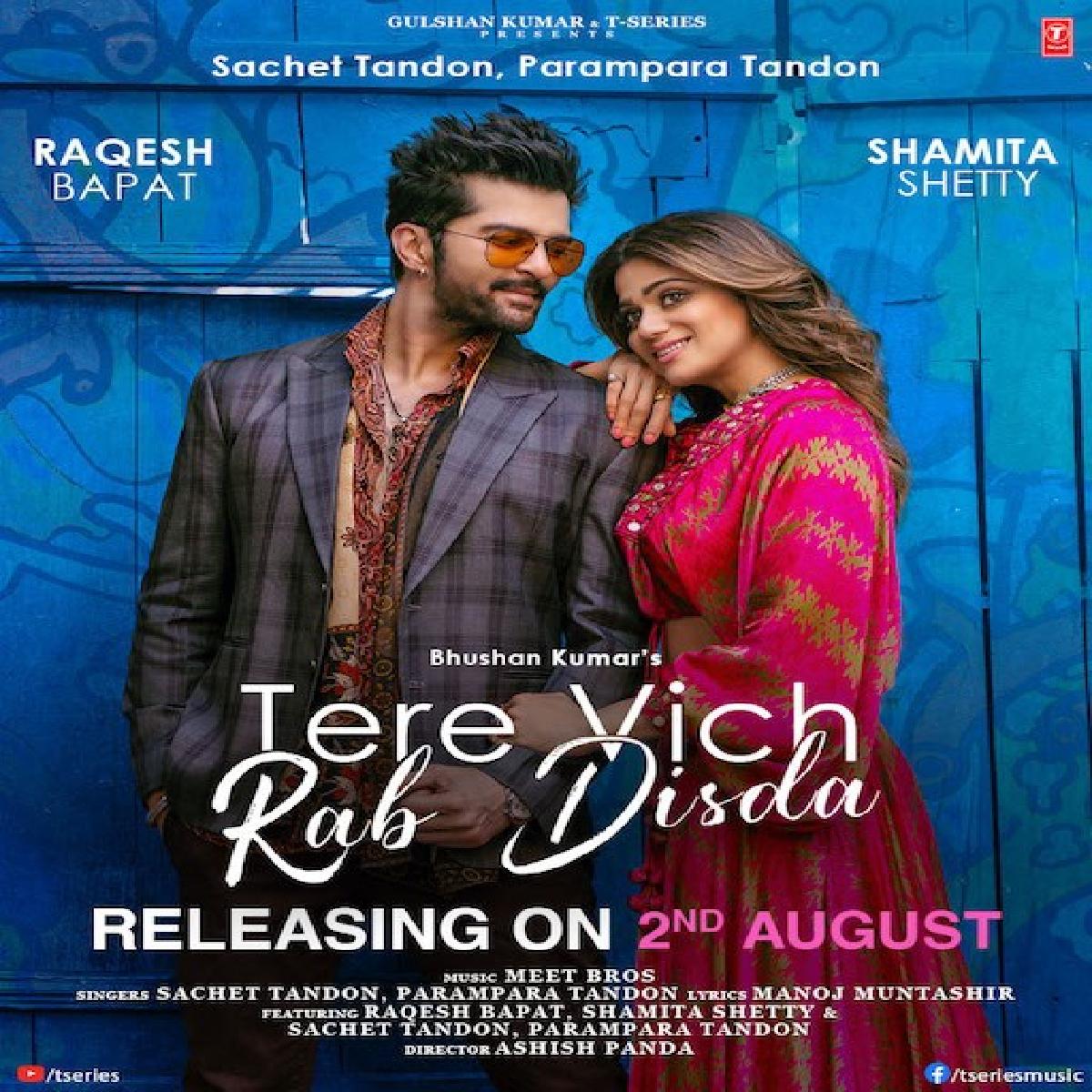 Bigg Boss OTT popular couple Shamita Shetty and Raqesh Bapat has broken-up and their recent press statement on social media, further confirmed that the duo has indeed parted away but has collaborated on a song, the song is titled Tere Vich Rab Disda.

The official handle of T-Series dropped the first look poster for the song along with release date, it said, “The season of love will take over your hearts with #TereVichRabDisda, Song releasing on 2nd August 2022. Stay tuned. #tseries @TSeries #BhushanKumar @RaQesh19 @ShamitaShetty @sachet_tandon @ParamparaTandon @SachetParampara @meetbros @manojmuntashir”

The song is produced by T-series, composed by Meet Bros and crooned by Sachet Tandon and Parampara Tandon. The song is written by Manoj Muntashir, and it will be out on 2nd August.

It is the same song, Shamita Shetty mentioned in her press-note, when she made it official that she has parted ways with Raqesh Bapat.

Shamita Shetty and Raqesh Bapat started dating in Bigg Boss OTT house, where they were participants. Later, Raqesh appeared as a wildcard entrant on Bigg Boss 15, where Shamita was one of the finalists. However, he had to quit the show due to health issues.

She also starred in the web-series Black Widows, alongside Swastika Mukherjee and Mona Singh.