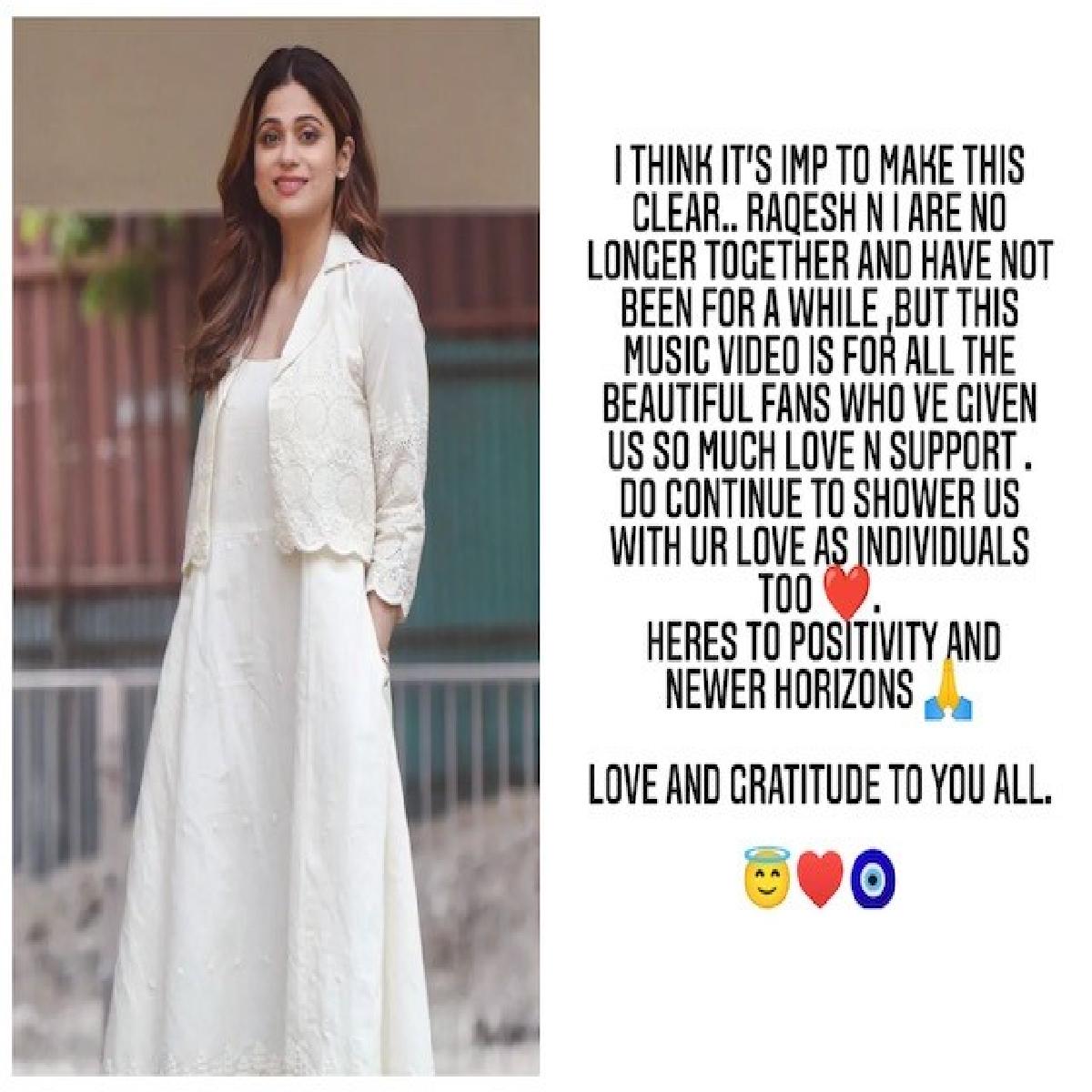 Actress Shamita Shetty found love in Raqesh Bapat, during Bigg Boss OTT stint. The duo were spotting together around the town and things were going serious between the two, until they broke-up.

Shamita Shetty took to her social media profile and issued a statement claiming that she has broken-up with Raqesh, and cleared the air about some pictures circulating online.

She wrote, "Think it's important to make this clear. Raqesh and I are no longer together and have not been for a while, but this beautiful music video is for all the fans who've given us so much love and support. Do continue to shower us with your love as individuals too. Here's to positivity and newer horizons. Love and gratitude to you all."

Shamita Shetty and Raqesh Bapat started dating in Bigg Boss OTT house, where they were participants. Later, Raqesh appeared as a wildcard entrant on Bigg Boss 15, where Shamita was one of the finalists. However, he had to quit the show due to health issues Shamita Shetty is best known for her performances in Mohabbatein, Mere Yaar Ki Shaadi Hai and Zeher.

She has also participated in realty shows like Bigg Boss 3, Bigg Boss OTT and Jhalak Dikhhla Jaa 8. She also starred in the web-series Black Widows, alongside Swastika Mukherjee and Mona Singh.