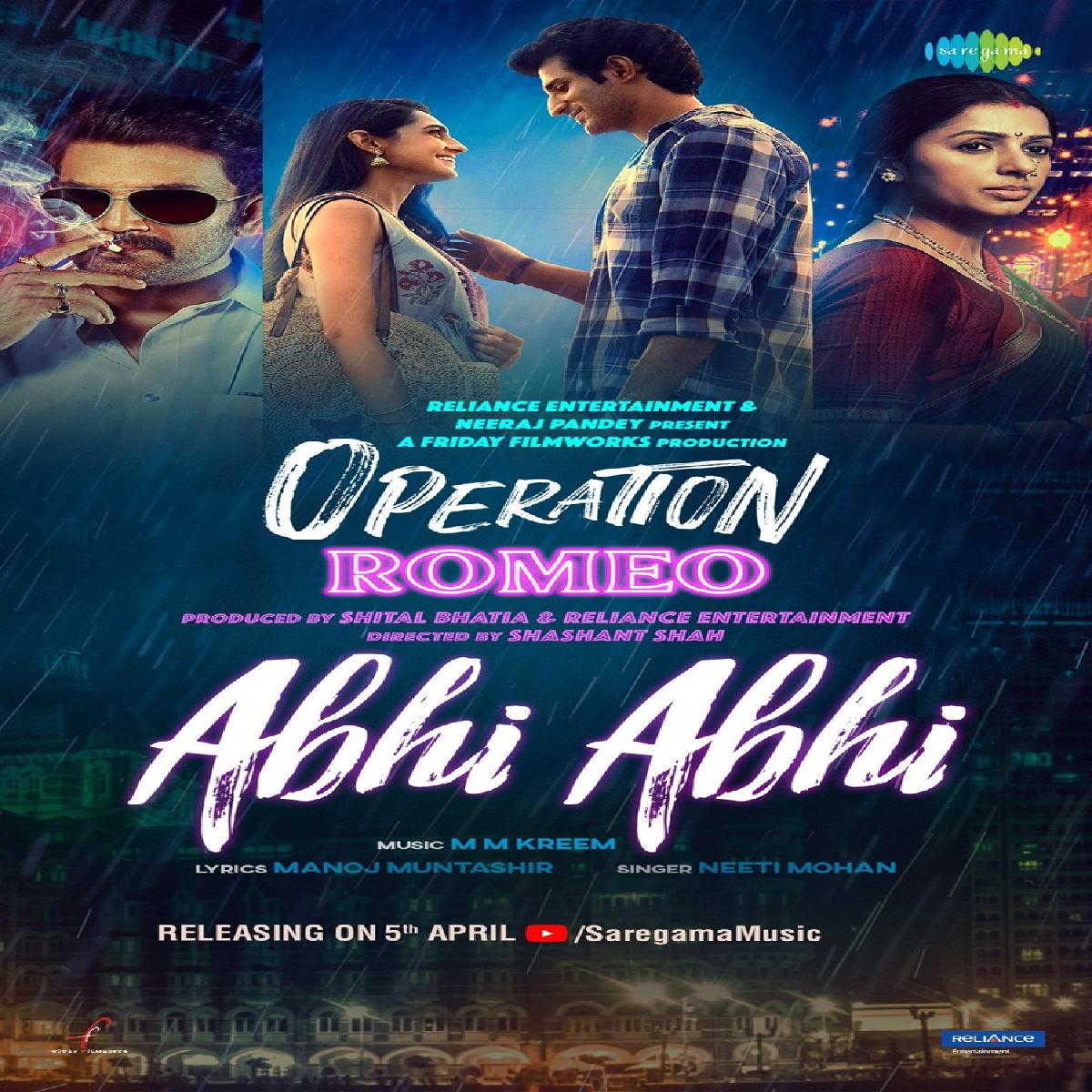 After unveiling a disturbing and intense trailer for Operation Romeo, the maker announces its first single, Abhi Abhi, the song will be out on 5th April 2022.

The film, Operation Romeo,  revolves around a young couple, sharing an intimate kiss in the privacy of their car, who finds themselves brutally and emotionally humiliated by an extraordinarily difficult cop.

Operation Romeo is directed by Shashank Shah, starring Sidhant Gupta, Vedika Pinto, Sharad Kelkar, Bhumika Chawla, and Kishore Kadam. The trailer for the film was released on Saturday. It showed a young couple is subject to really humiliating treatment by a cop, which in turn, makes the young boy seek revenge.

Produced by Friday Filmworks and Reliance Entertainment, the film is slated for the 22nd of April 2022 release.