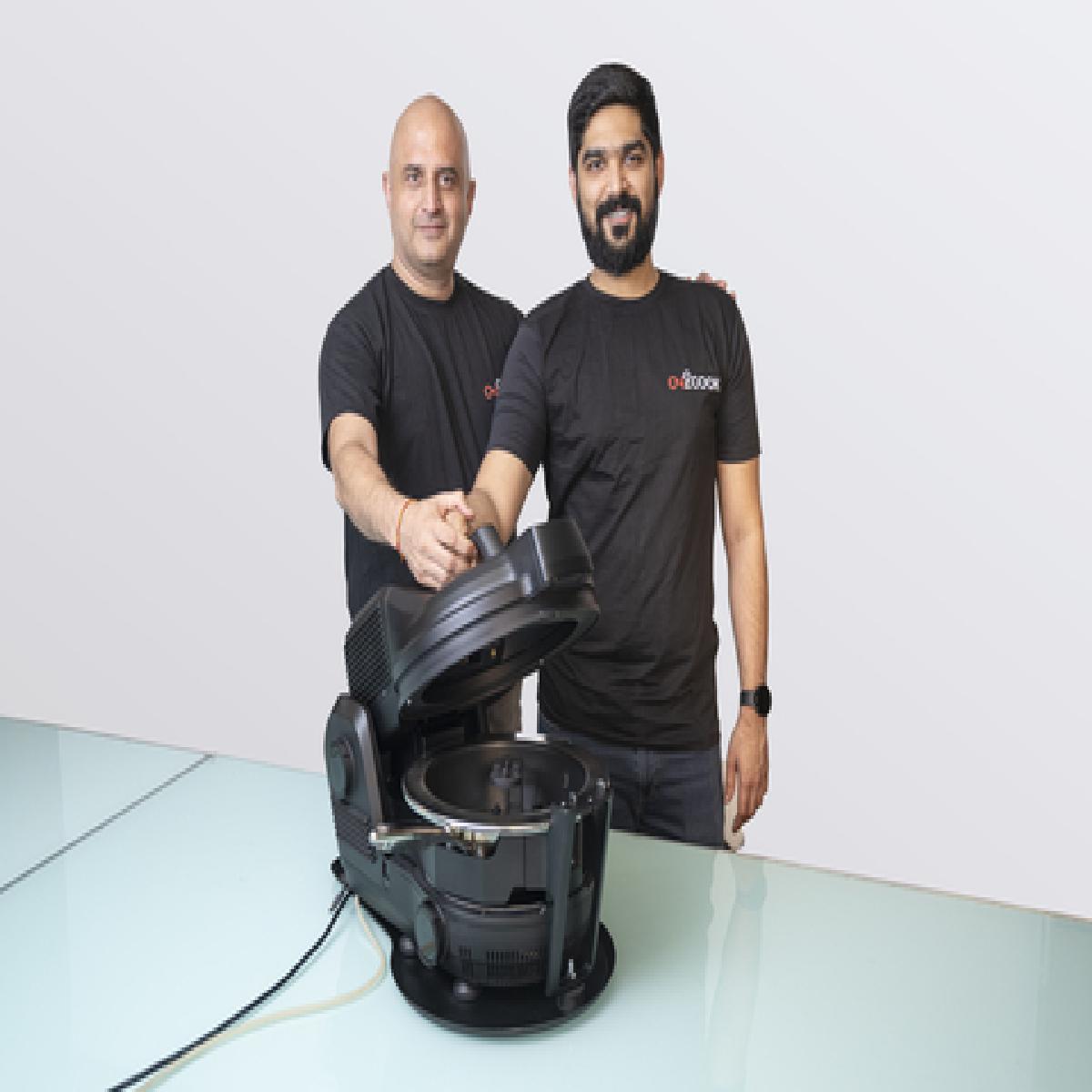 Inventor and Entrepreneur Sanandan (Sandy) Sudhir, who created quite some ripples in Shark Tank with the world’s fastest cooking device, has declared that his startup On2Cook India Pvt Ltd has secured seed funding of over 2 Million USD. The funding round was led by angel investor Dr Mayur Desai, who infused the first tranche of Rs 16 crore for 16% equity, reaffirming the startup’s valuation at 12.5 Million USD. The round also saw the participation of NRI investor Nirbhay Gandhi. On2Cook is currently making an appearance at GulfHost 2022 at World Trade Centre in Dubai.

“On2Cook works on the combination cooking technology with induction or flame acting on the food from outside and microwaves from inside. Engineered to disrupt the food industry, the product is designed to help both domestic as well as commercial kitchens save up to 70% on time and 50% on energy. Additionally, the food cooked retains water-soluble nutrients while preserving colour, texture and consistency. After being granted patents across India, US and UK, our invention stands to create a new product category in the kitchen space,” said On2Cook India Founder and CEO Sanandan Sudhir. He added that the brand is in talks with other strategic investors to raise another INR 3 crore as part of the round.

Echoing the sentiments, Shaival Desai from the Desai family office added, “There hasn't been a technological shift in the cooking appliances space in the post-industrial world for decades, if not centuries. On2Cook brings cooking into the 21st century. We are happy to join forces with Sanandan in his tryst to usher in a landmark transition in an industry, and even in the lifestyle of everyone.”

On2Cook has won several prestigious awards globally such as iF Design award, British Invention Show - Diamond Award for best International Invention and was the most celebrated Invention at CES, Las Vegas 2022. The device has been tested with more than 100 chefs and culinary experts across the globe. It can be used to cook everything from french fries, chicken to a cake with the softest base. Alongside ensuring faster and better quality food at a much economical price point, On2Cook makes cooking a seamless affair with app connectivity and eventually making the cognitive load negligible.