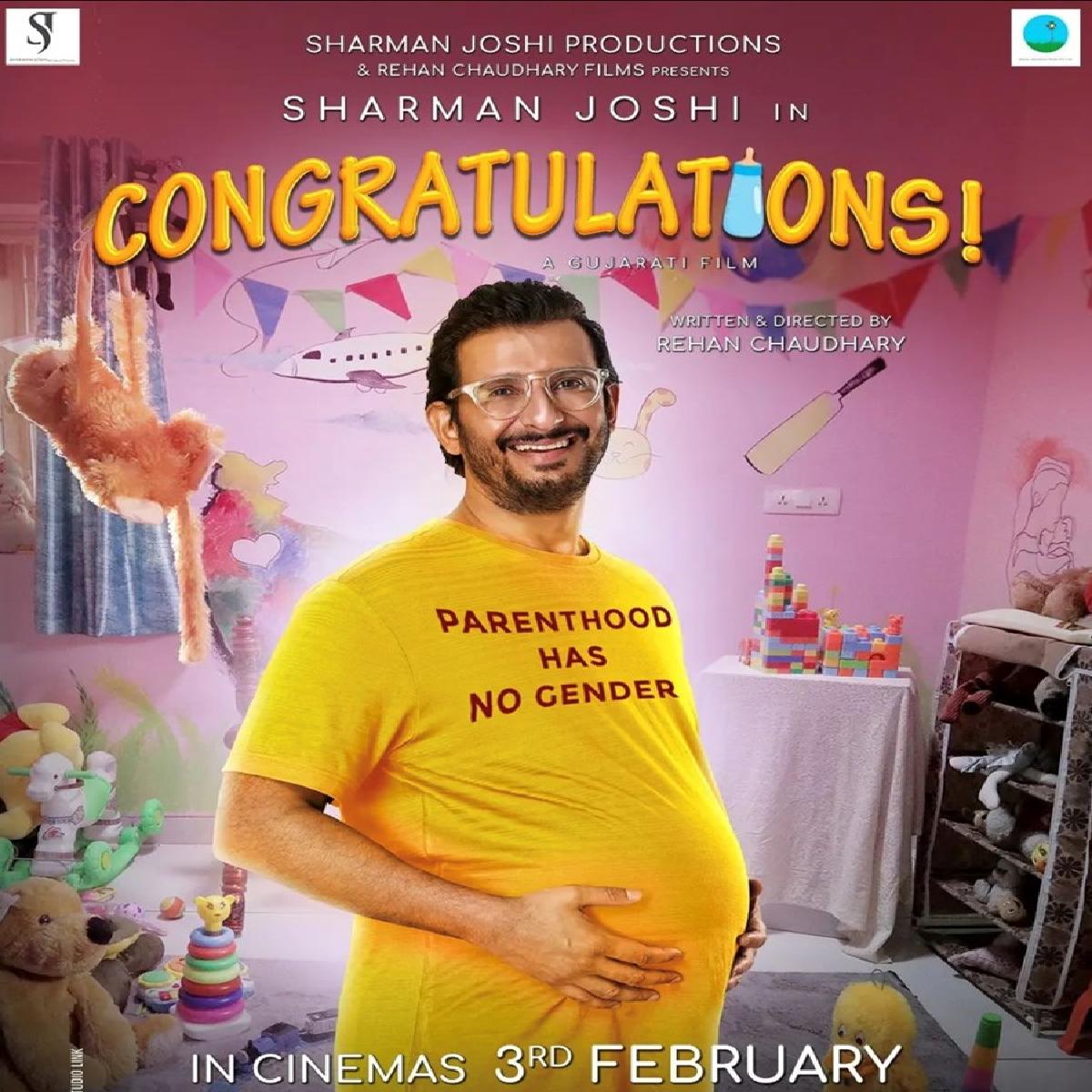 On the first look poster, Sharman could be seen as heavily pregnant and is posing in a yellow t-shirt that reads, "Parenthood has no gender" in the poster. In the film, he will be seen playing the lead character, who gets pregnant.

The film is written and directed by Rehan Chaudhary and is slated to hit the cinema on February 3.