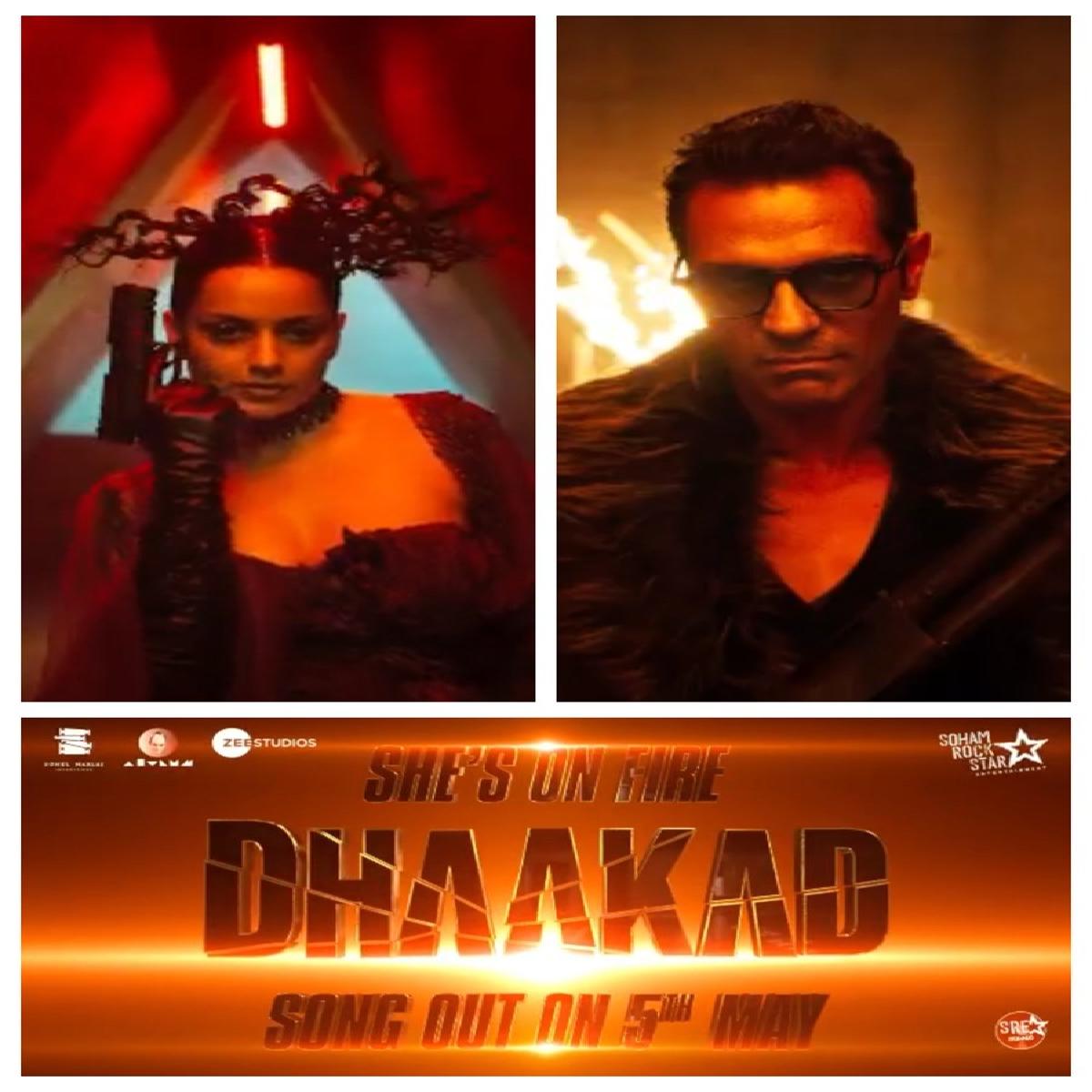 After an action packed trailer, actress Kangana Ranaut unveils the teaser for first single from the film, the song is titled ‘She’s On Fire’ by rapper Badshah.

The makers have released the teaser of new song titled ‘She’s on Fire’ from ‘Dhaakad’. The song has been composed and written by popular rapper Badshah and sung by him and Nikita Gandhi with the music by Hiten Kumar.

Sharing the teaser on her social media profile, Kangana captioned her post, “Fire, so hot and destructive, even the Fire Brigade cannot put it out! She's on Fire! Song out tomorrow on SRE Music #Dhaakad is releasing on 20th May 2022. #AgniAaRahiHai #ShesOnFire”

The song teaser features as Agni, Arjun Rampal as Rudra and rapper Badshah. Channelling the spirit of Agni, the song features some of the most stunning setting and with red-colour theme, the song has a lot of spunk. The song will be out tomorrow, 5th May 2022.

The film is directed by Razneesh Ghai and produced in association with, Kamal Mukut, Sohel Maklai Productions and Asylum films.

Soham Rockstar Entertainment presents Dhaakad which is produced by Deepak Mukut and Sohel Maklai and co-produced by Hunar Mukut.

Dhaakad’s music is produced under SRE Music and it’s distributed by Zee Studios with its worldwide release on May 20,2022.