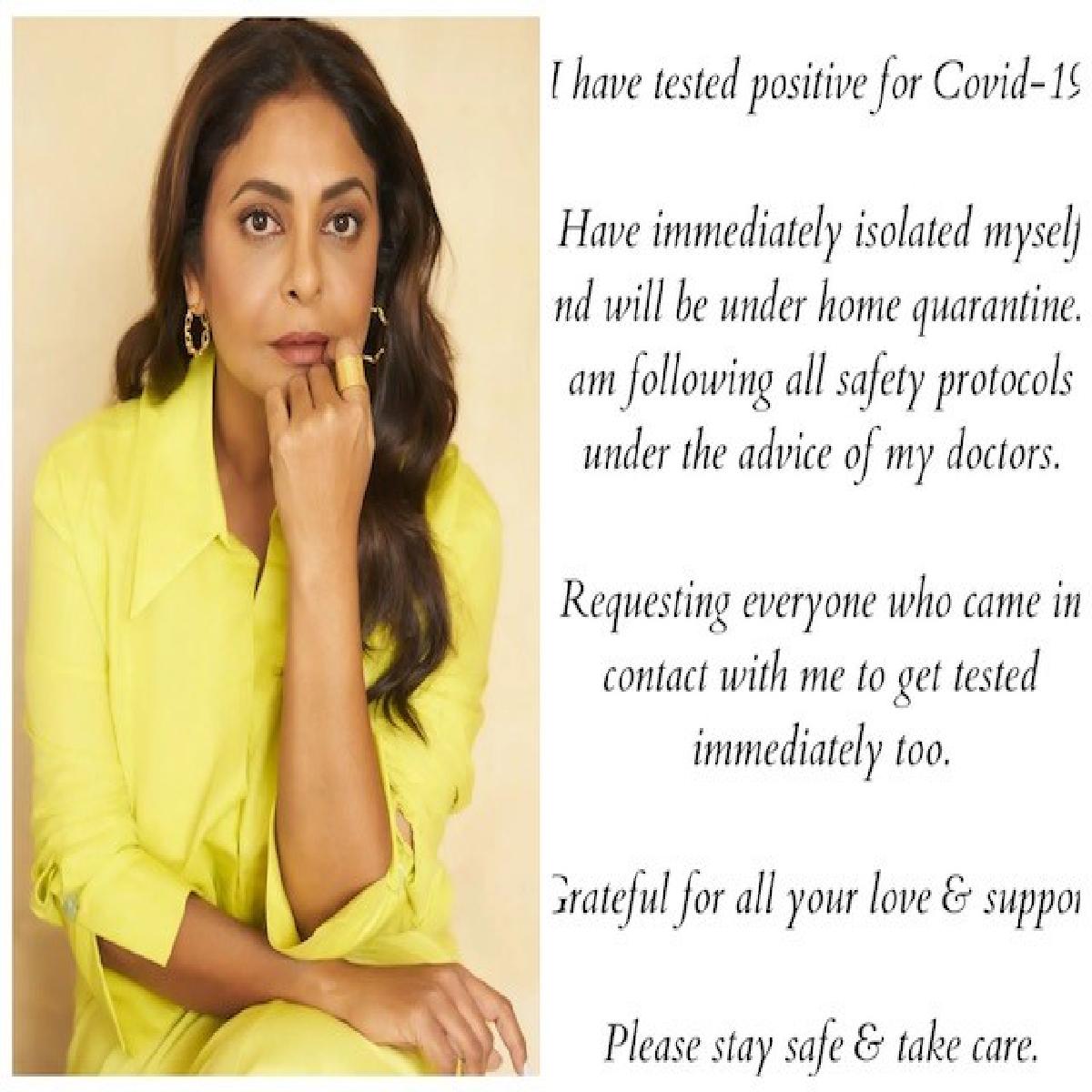 Actor Shefali Shah, who is currently enjoying the success of Darlings, has confirmed that she has tested positive for COVID-19.
Shefali took to her social media handle and posted a statement regarding the same.

She wrote, "I have tested positive for Covid-19. Have immediately isolated myself and will be under home quarantine. I am following all safety protocols under the advice of my doctors. Requesting everyone who came in contact with me to get tested immediately too."

effectively highlights the abuse that so many women face in their marriages but also raises questions on what is the right way of dealing with a toxic relationship.Next, Shefali is all set to come up with more interesting projects such as 'Delhi Crime 2' and 'Doctor G'.

Doctor G is a social comedy film starring Ayushmann Khurrana and Rakul Preet Singh. It is produced by Junglee Pictures and directed by Anubhuti Kashyap. The film was scheduled to release in June 2022 but got delayed.

Delhi Crimes 2 is created by Richie Mehta, the second season promises another wave of grisly murders which the Delhi police must solve while simultaneously juggling the growing fears of the public.