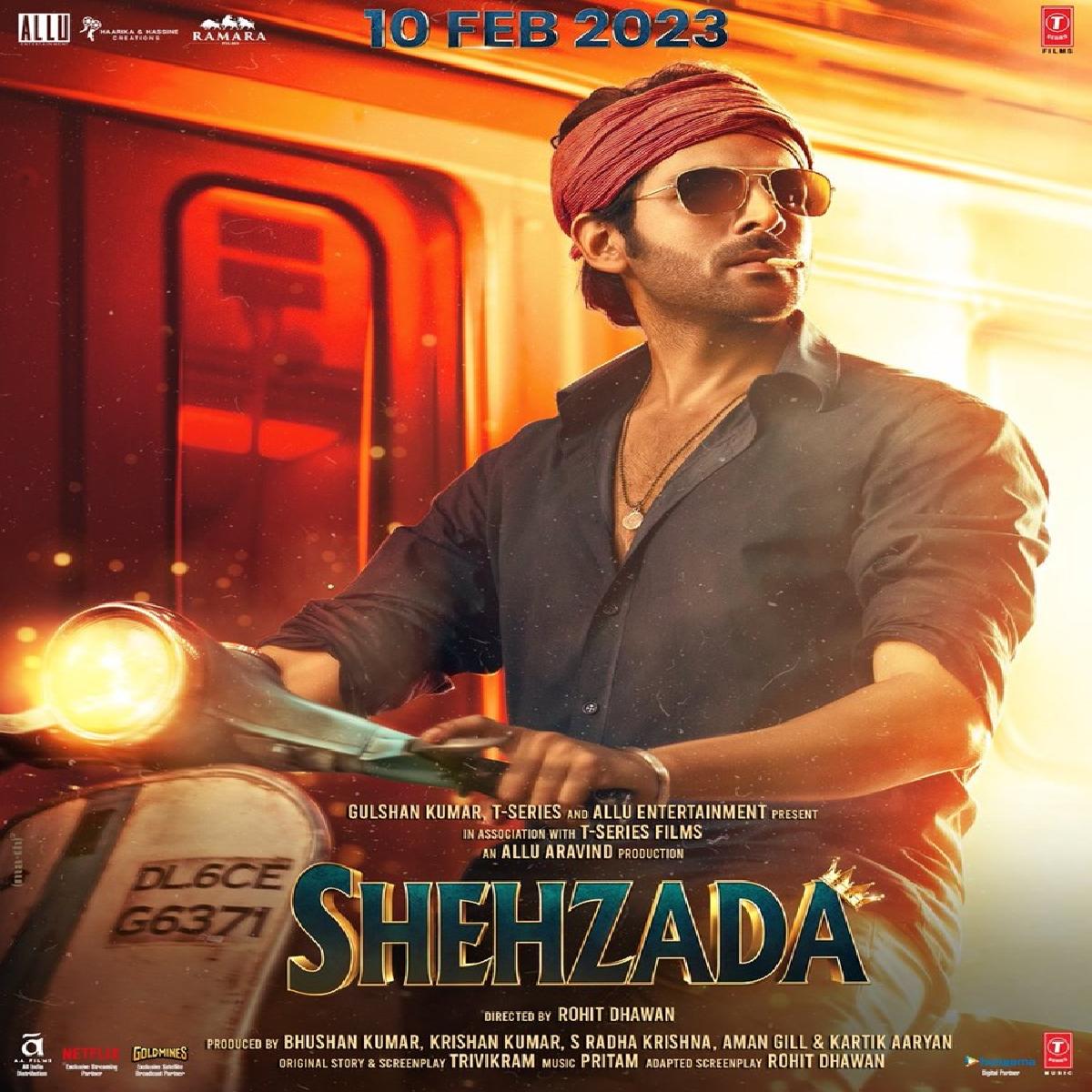 Shehzada' is the Hindi remake of the Telugu blockbuster 'Ala Vaikunthapurramuloo, which starred Allu Arjun and Pooja Hegde and marks Kartik's second on-screen collaboration with Kriti after 'Luka Chuppi'.

Earlier on Kartik Aaryan's birthday, the makers unveiled the teaser of the film which received a massive response from the fans. The teaser features Kartik, portraying the character of 'Bantu' in the film, in an action sequence.

The trailer will be launched on a grand scale for three days in 3 cities in India. The film is all set to hit the theatres on February 10, 2023.

Kartik Aaryan is also busy wrapping Satyaprem Ki Katha, which is helmed by Sameer Vidwans, jointly produced by Nadiadwala Grandson Entertainment and Namah Pictures, it also stars Kiara Advani. The film is expected to be released theatrically on 29 June 2023.