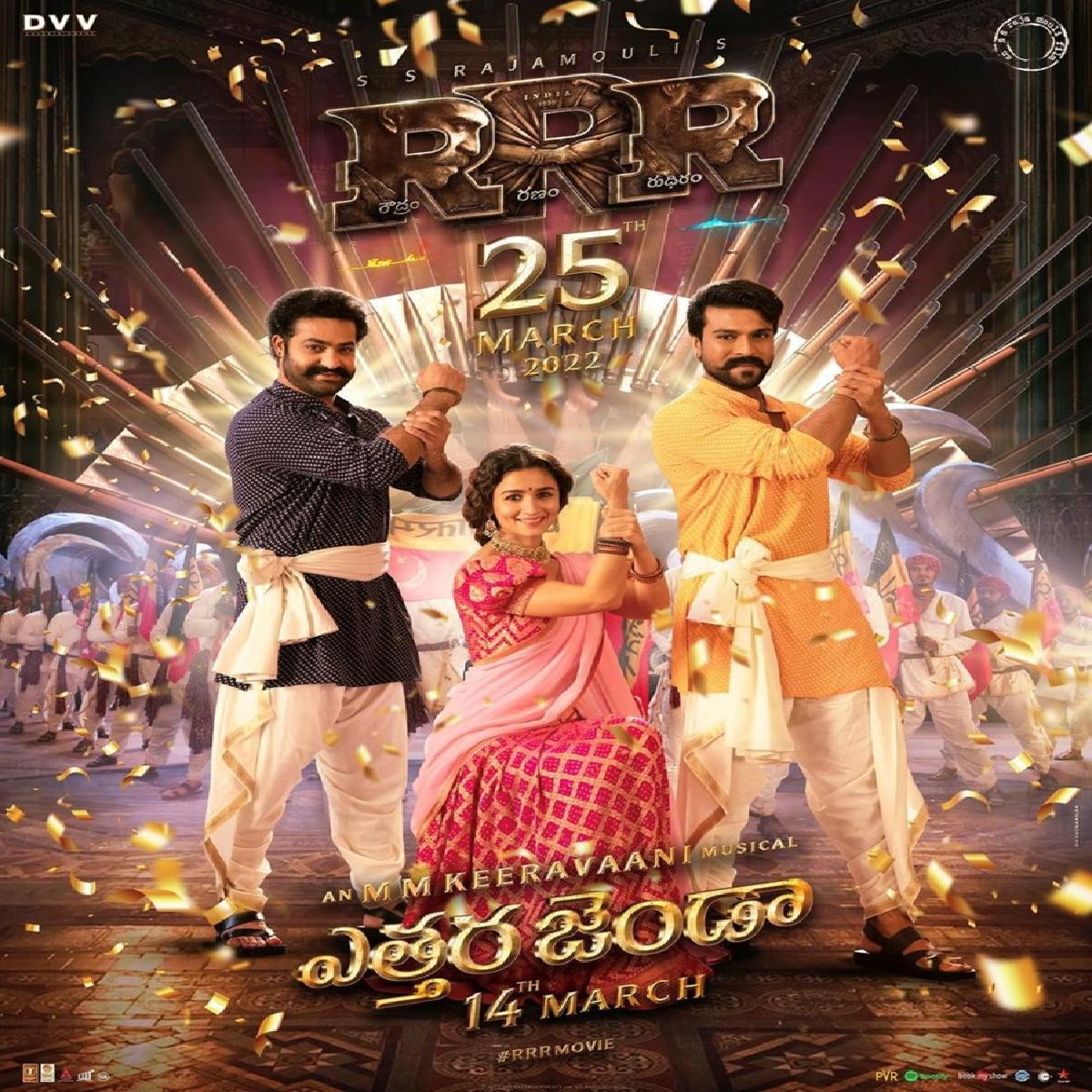 After releasing hit songs such as Dosti, Naacho Naacho, Janani, Komuram Bheemudo, and Raamam Raaghavam, the makers of period drama RRR will unveil a new song titled Sholay, ahead of the films release.

The song will be out on 14th March, it will feature Jr. NTR, Ram Charan, and Alia Bhatt.

The film chronicles a fictional story about two Indian revolutionaries, Alluri Sitarama Raju (Charan) and Komaram Bheem (Rama Rao), who fought against the British Raj and Nizam of Hyderabad respectively.

Set in 1920, the plot explores the undocumented period in their lives when both the revolutionaries choose to go into oblivion before they began the fight for their country. The film is scheduled to be released theatrically on 25 March 2022.