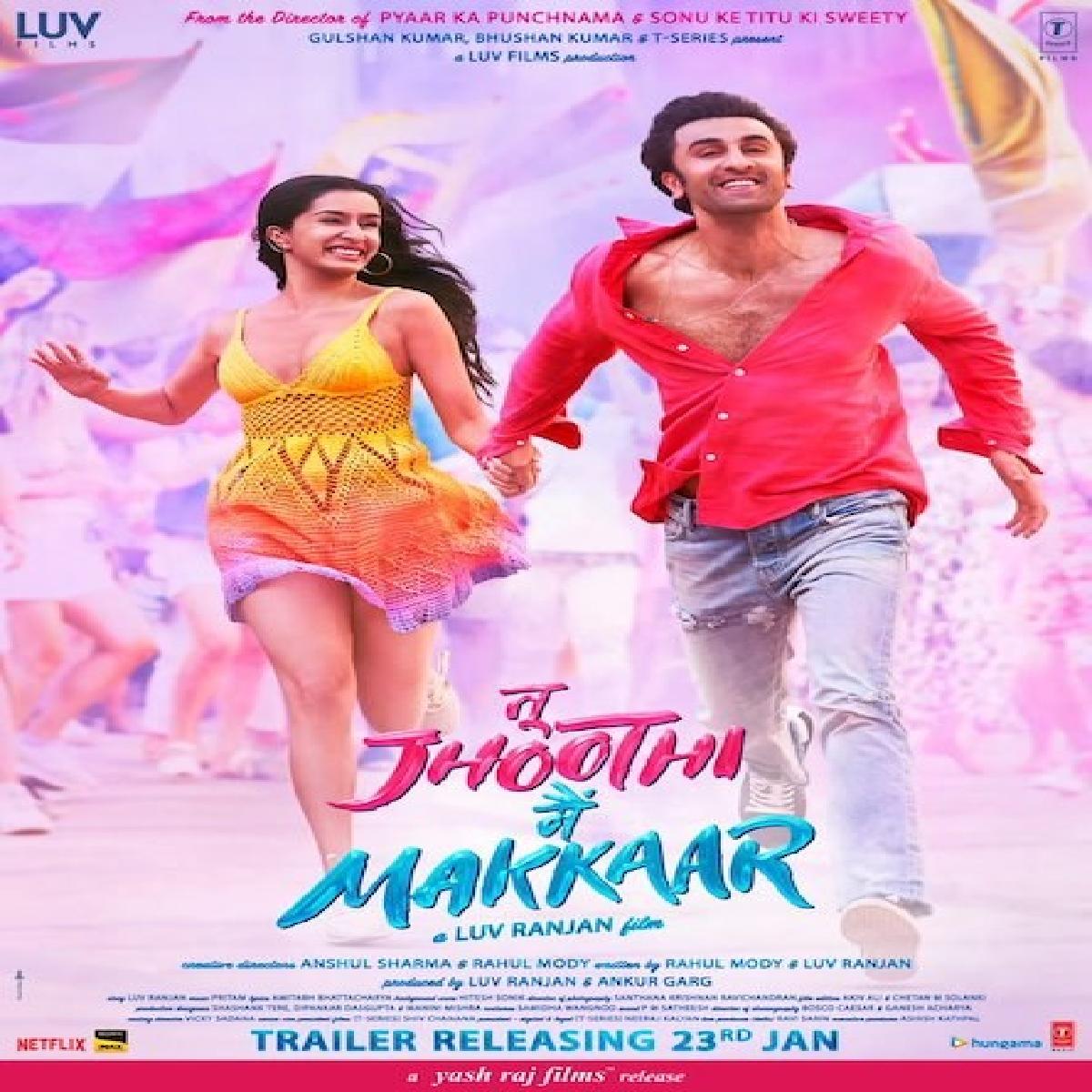 Shraddha Kapoor took to her social media profile and dropped a brand new poster for the film and wrote, “Objects in the picture are not as close as they appear… #TuJhoothiMainMakkaar trailer out on 23rd Jan at 1 PM. #RanbirKapoor @luv_ranjan #AnshulSharma @modyrahulmody @gargankur #BhushanKumar @LuvFilms @TSeries”

The new poster brings alive the world of the film, which is very colourful, fun, and full of life. Given that it’s a Luv Ranjan film we can guess that the story of the film will be anything but cliché.

Relationships of today are also anything, but predictable. Audiences have waited for a while for a true-blue youth film and 'Tu Jhoothi Main Makkaar' promises to be just that.

The film also stars Dimple Kapadia and Boney Kapoor (in his acting debut) along with famous comedian Anubhav Singh Bassi. The film is all set to have a festive release worldwide in cinemas on Holi, 8th March 2023.