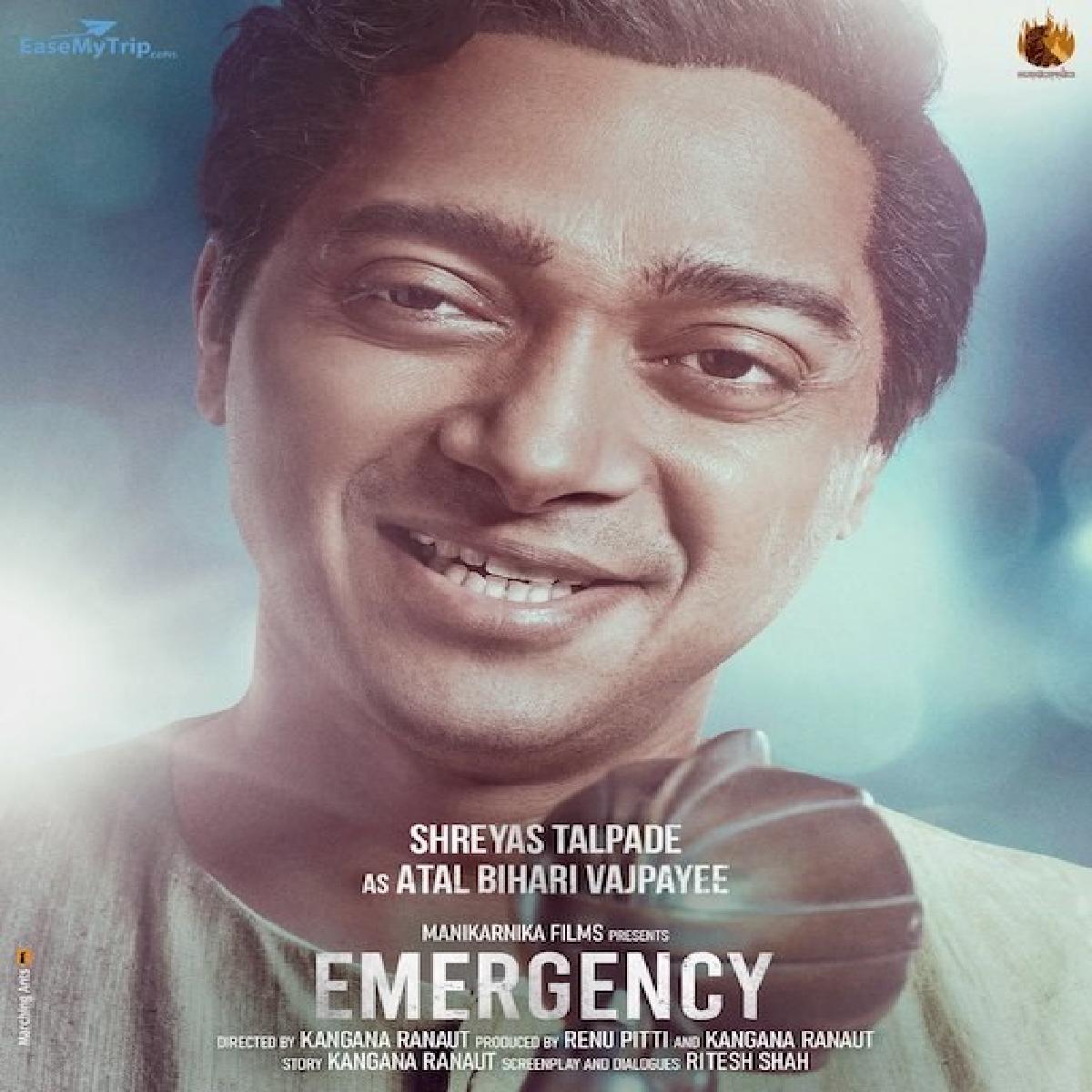 Actress Kangana Ranuat is donning the director’s hat once again for her film 'Emergency' in which she plays the role of former Prime Minister Indira Gandhi and now she unveils the first look poster for Shreyas Talpade’s character.

The makers have revealed that actor Shreyas Talpade will be essaying the role of Atal Bihari Vajpayee who served three terms as India's Prime Minister.

Kangana shared a new poster of 'Emergency' unveiling Shreyas' look in the film. "Presenting @shreyastalpade27 as Bharat Ratna Atal Bihari Vajpayee in #Emergency, a true nationalist whose love and pride for the nation was unparalleled and who was a young upcoming leader during the

@djmalinowski @omshankar83 @darshan_pandyaa #ShreyasTalpade” Shreyas will play Atal Bihari Vajpayee who was a young and upcoming leader when Mrs Gandhi became the Prime Minister for the first time.

Veteran actor Anupam Kher is also part of the ensemble and he will step into the shoes of revolutionary leader JP Narayan.