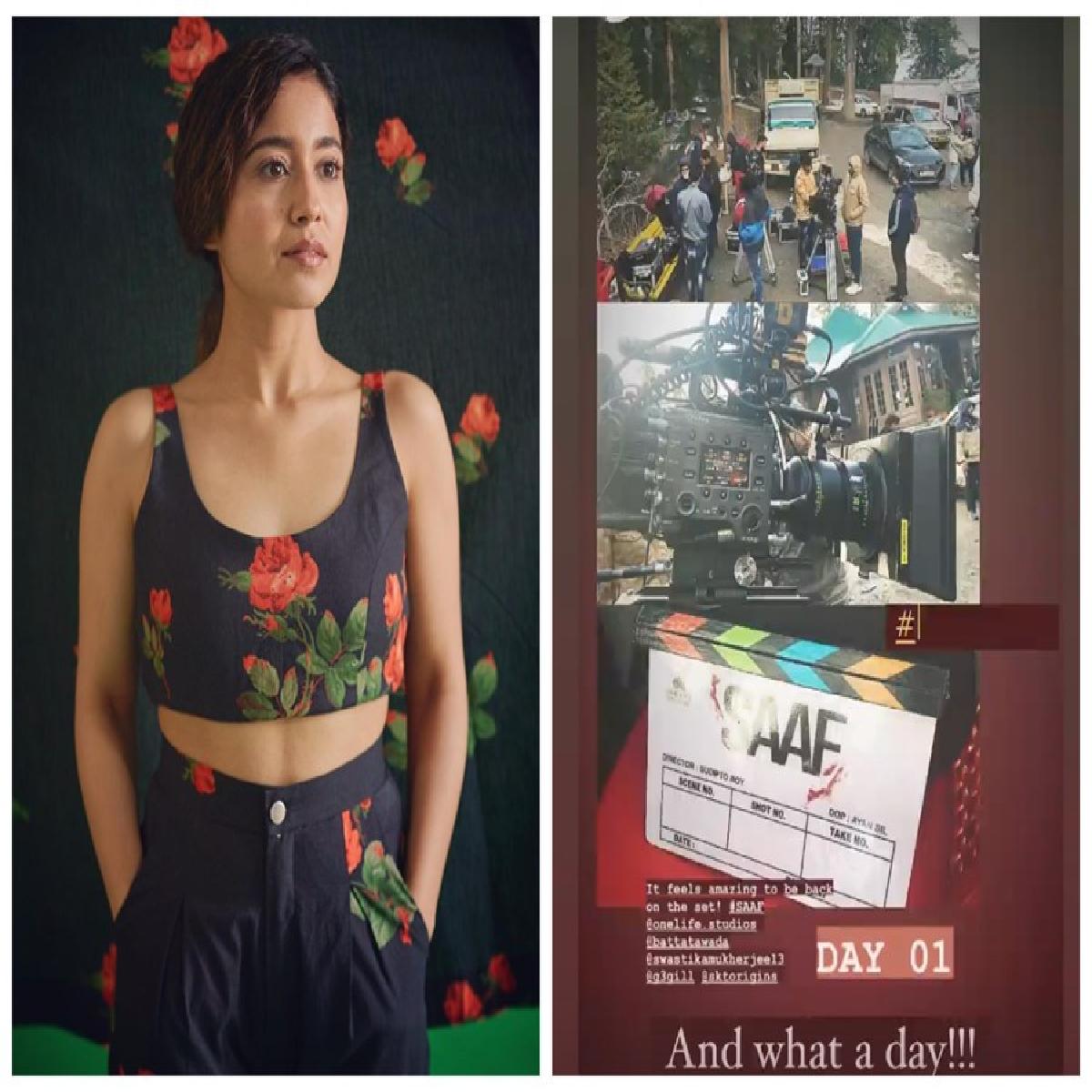 Right after the epic successful series Yeh Kaali kaali Ankhein, actress Shweta Tripathi has started work on her next project 'Saaf' - a series for which she has jetted off to Kashmir to kickstart the shoot.

'Saaf' based on American series, 'The Cleaning Lady', is a psychological thriller, which will follow the aftermath of planned murders with a lady at the helm.

Sharing the deeds about the first day of the shoot, Shweta Tirpathi shared a story on her social media. It read, “It feels amazing to be back on the set! #Saaf”

The project is backed by One Life Studios, it is about a young women trying to push boundaries and conquer both the world - personal and professional. It challenges society's set stereotypes.

Apart from Saaf, acress Shweta Tripathi has some of the most amazing and exciting projests in her kitty, such as Mirzapur 3, Yeh Kaali Kaali Ankhein 2, Gone Game 2, Escaype Live, Kanjoos Makkhichoose, and 'M for Mafia.

The film, Kanjoos Makkhichoose also stars Kunal Kemmu and Piyush Mishra, Alka Amin and more in the lead roles. The movie has been directed by Vipul Mehta.