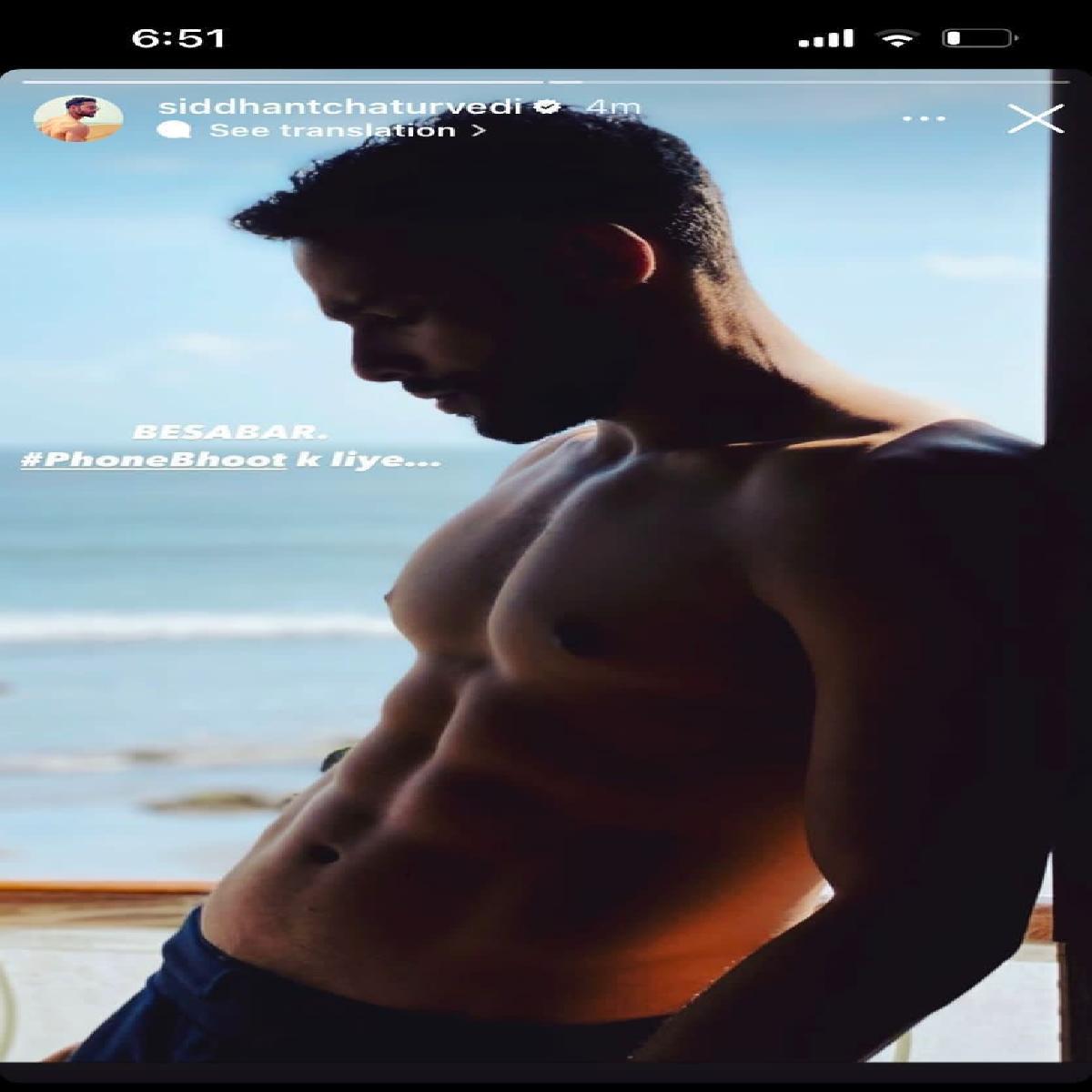 The buzz about Katrina Kaif, Siddhant Chaturvedi, and Ishaan starrer Phone Bhoot has been taking rounds for a lot of things these days. While the audience is excited to watch more about the film, the lead Siddhant is equally excited to bring it in front of the audience.

Recently, Siddhant posted a uber-cool shirtless picture on his social media while expressing his excitement about the release of the film. The picture has a beachside scene in the background. While writing about the film he wrote "BESABAR. #Phonebhoot k liye..."

Moreover, Phone Bhoot is slated to release this Diwali season while bringing the much-loved genre of horror comedy to the audience. While Katrina will be seen playing the character of Ghost in the film for the very first time, it would be exciting to see her essaying such a different role with her glorious persona, bringing the sexiest ghost on the big screen in the film.

Directed by Gurmmeet Singh and written by Ravi Shankaran and Jasvinder Singh Bath, Phone Bhoot is produced by Excel Entertainment, headed by Ritesh Sidhwani and Farhan Akhtar. The film is all set to be released on 4th November 2022.