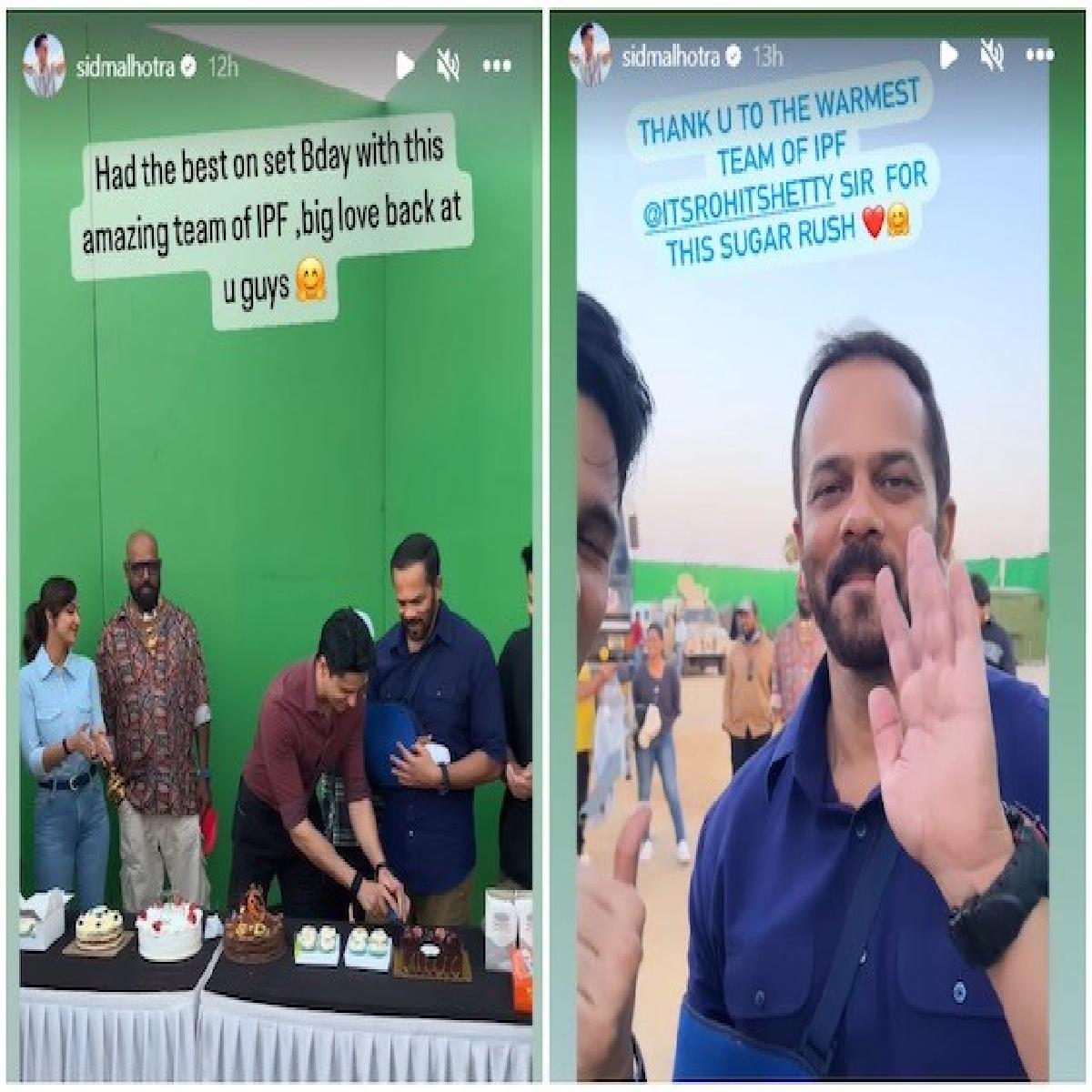 Actor Sidharth Malhotra just took to his social media profile and dropped stills from his birthday celebration from the sets of series with filmmaker Rohit Shetty.

Sharing the first story, he captioned it, "Had the best on set B'day with this amazing team of IPF, big love back at you guys."

In the video, Sidharth is seen blowing the candles and cutting the cake with director Rohit Shetty and actor Shilpa Shetty Kundra by his side.

In another story, Sidharth could be seen with Rohit on the series sets which he captioned, "Thank u to the warmest team of IPF @itsrohitshetty sir for this sugar rush."

Apart from this, Sidharth will also be seen in an upcoming action thriller film 'Mission Majnu' opposite Rashmika Mandanna which will premiere exclusively on the OTT platform Netflix.

He also has producer Karan Johar's action film 'Yodha' in his kitty alongside Disha Patani in his kitty.