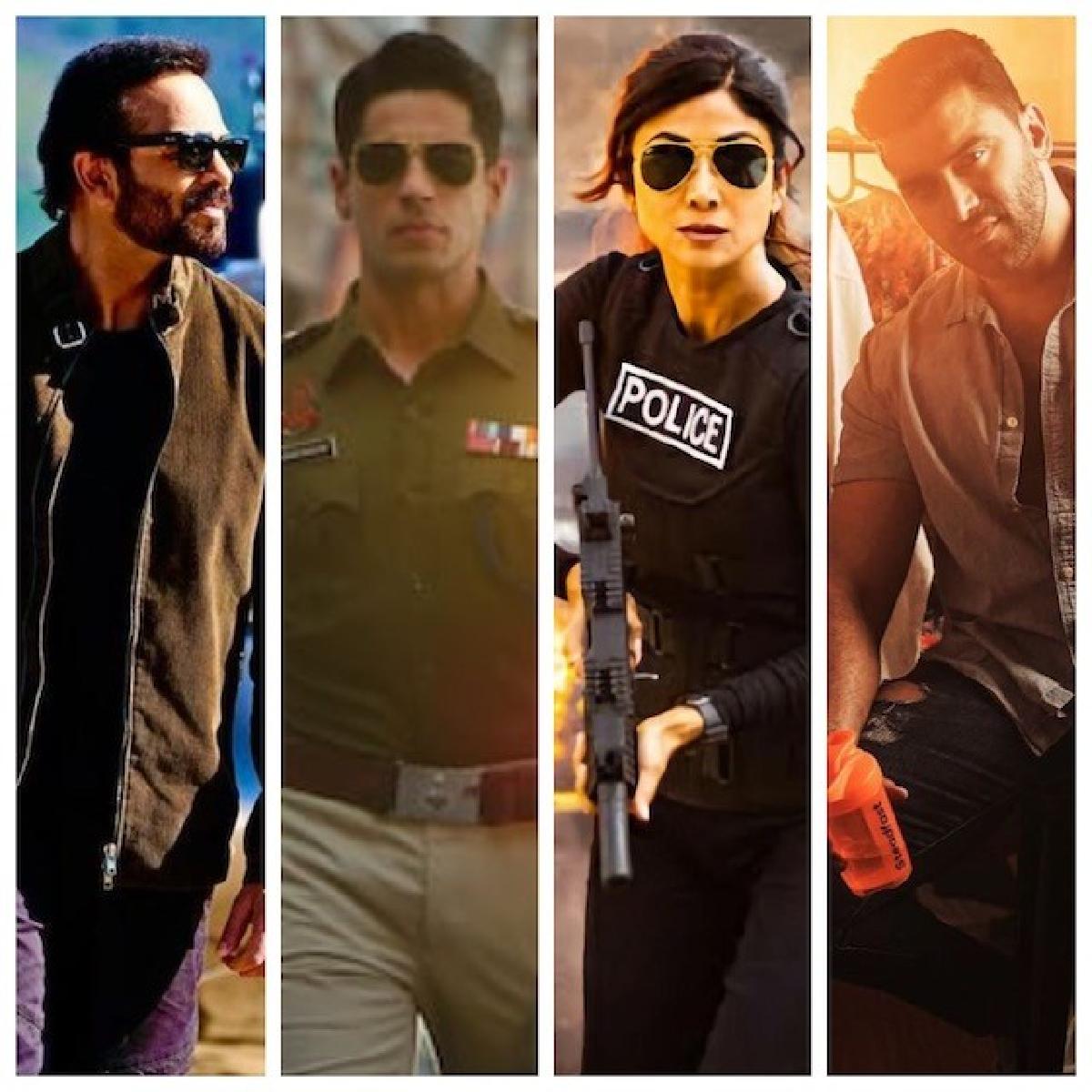 Actor Sidharth Malhotra, Shilpa Shetty Kundra and Nikitin Dheer will be seen donning the uniform in forthcoming Indian Police Force series, helmed by Rohit Shetty, who dropped a BTS video, which is nothing short of specular.

The scene opens with Sidharth punching the baddies and throwing them in a water tanker from the first floor of an isolated building. Next, Shilpa is seen entering the scene by shattering a glass wall as she fights a bunch of goons until Nikitin arrives and fights the rest of them with his bare hands.

'Indian Police Force' will be the newest addition to the filmmaker's shared cop universe which already includes movies like the 'Singham' franchise, 'Simmba' and 'Sooryavanshi'.

The upcoming fictional series, which will be out on Amazon Prime, aims to pay an ode to the "selfless service, unconditional commitment and fierce patriotism of our police officers across the country." Actor Vivek Oberoi will also be seen playing a pivotal role in the project.