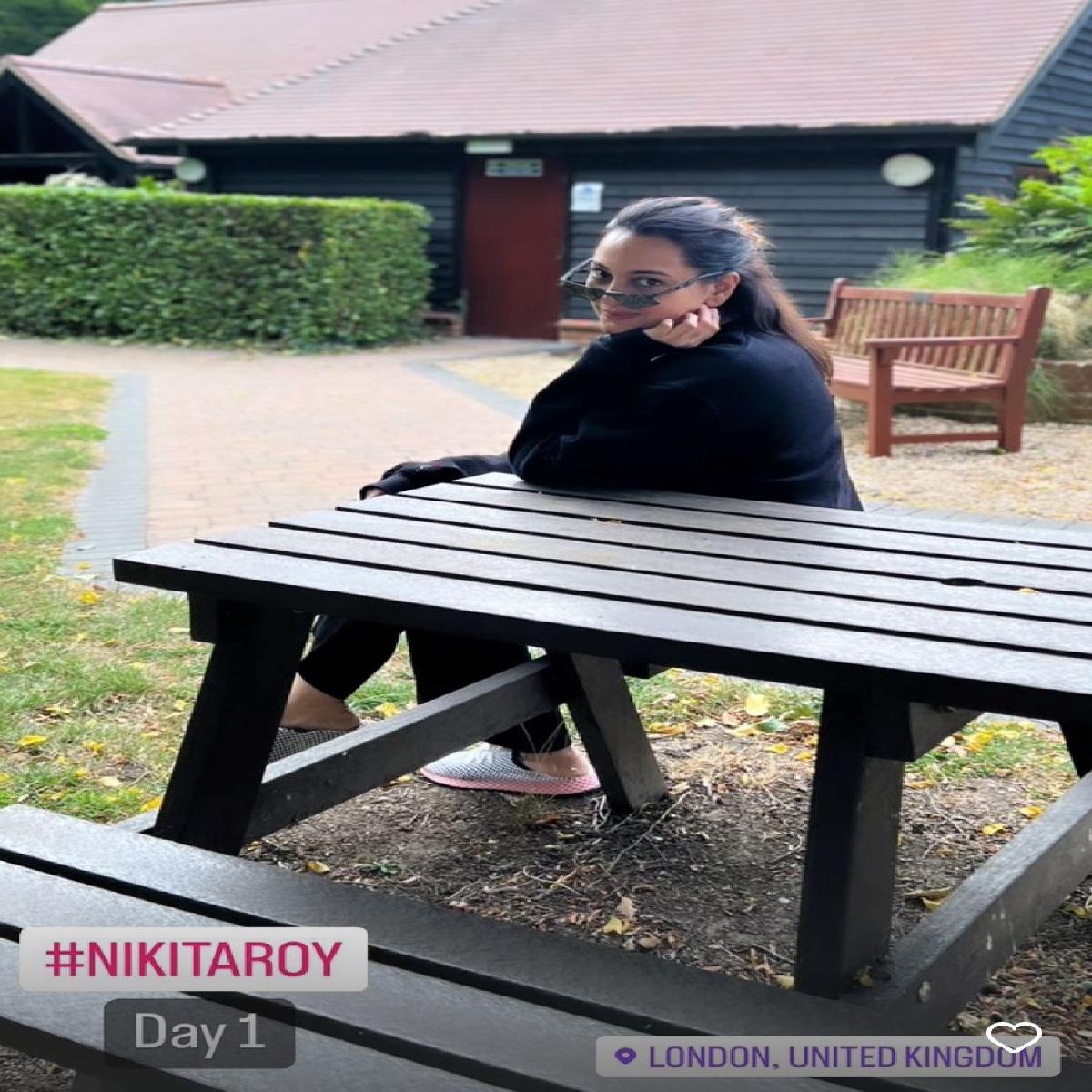 Actress Sonakshi Sinha kick-starts the shoot of her brother Kussh S Sinha’s directorial debut ‘Nikita Roy And The Book Of Darkness, in London.

Sharing an update on her social media profile, Sonakshi Sinha posted a picture of herself from the sets of the movie in London. She wrote, #Nikita Day 1”

'Nikita Roy and The Book of Darkness' is slated for mid-2023 release.

Sonakshi Sinha was last seen in Bhuj – The Pride of India, the movie didn’t do well, despite receiving good reviews. She is also bust wrapping Kakuda and Double XL.

Kakuda is a horror comedy, and marks the Hindi directorial debut of Aditya Sarpotdar, the man behind critically acclaimed Marathi films like - Classmates, Mauli and Faster Fene. The film also stars Saqib Saleem and Riteish Deshmukh.

Sonakshi Sinha is teaming up with Huma Qureshi for the film based on fat-shaming, Double XL. Directed by Satramm Ramani, the social drama is co-produced by Huma, her actor brother Saqib Saleem and others.