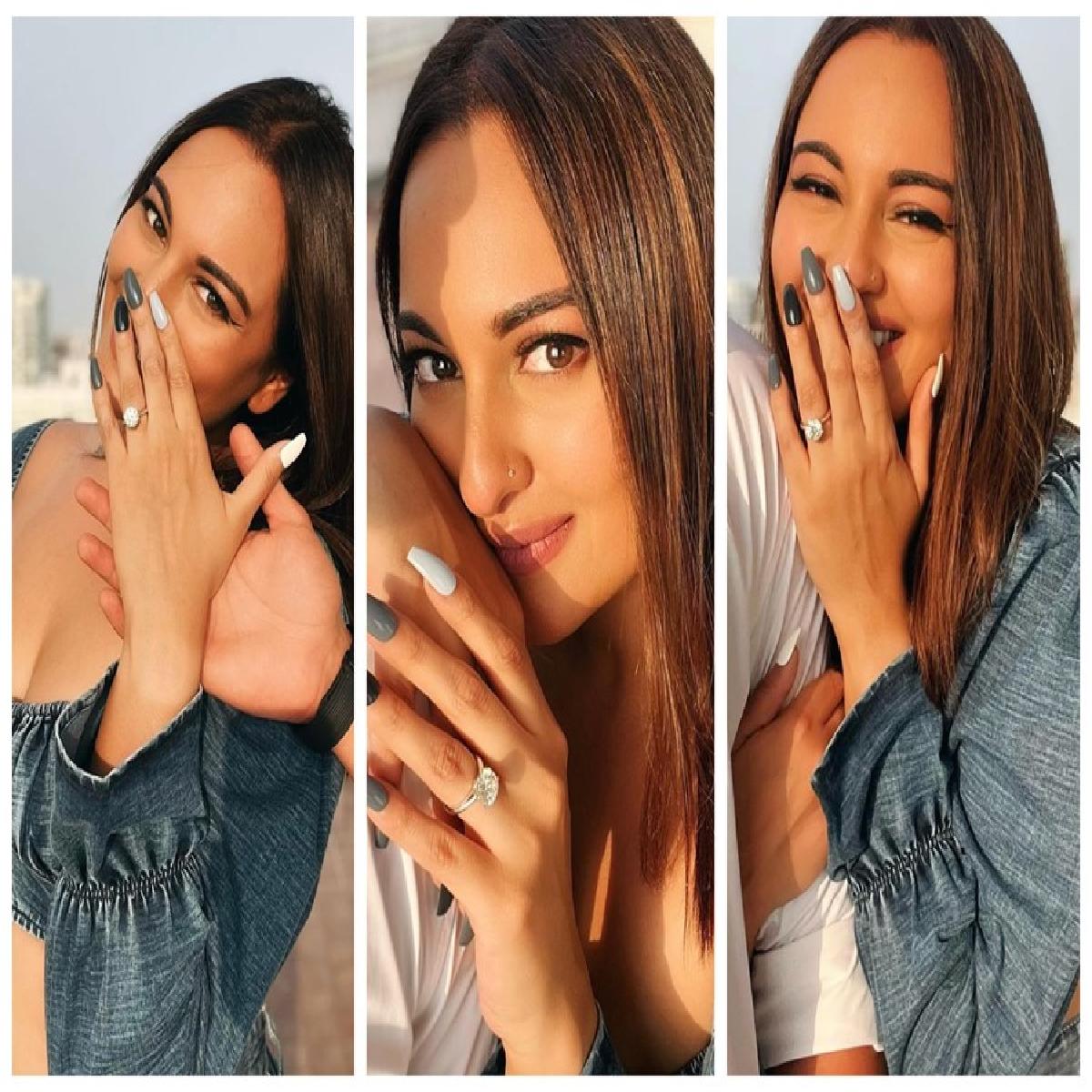 Actress Sonakshi Sinha's latest post on her social media has set the internet buzzing with engagement speculations. Though the message the actress has posted is definitely cryptic but she is flaunting a big diamond ring.

Sonakshi Sinha took to her social media profile and dropped back to back three pictures, flaunting a diamond ring on her hand. She captioned her post, “BIG day for me!!! One of my biggest dreams is coming truuuue… and I can’t wait to share it with YOUUUU…Can’t believe it was SO EZI!!!!”

In the picture, Sonakshi Sinha is seen standing next to a unknown man, sporting a white shirt. She can be seen flashing a diamond ring in her ring finger as she smiles with all her heart. We can't say for sure if that's an engagement ring or some movie announcement.

On the work front, Sonakshi Sinha has starred in films like Rowdy Rathore, Son Of Sardaar, Dabangg 2, Holiday: A Soldier Is Never Off Duty, Lootera, Once Upon A Time In Mumbai Dobaara, R... Rajkumar, Action Jackson, Kalank and Mission Mangal, among others.

She was last seen in Bhuj: The Pride Of India, co-starring Ajay Devgn, Sanjay Dutt and Nora Fatehi.

She will next be seen in the film Kakuda. She will also star in Double XL with Zaheer Iqbal and Huma Qureshi.