Sridevi Chiranjeevi Is Out From Waltair Veerayya 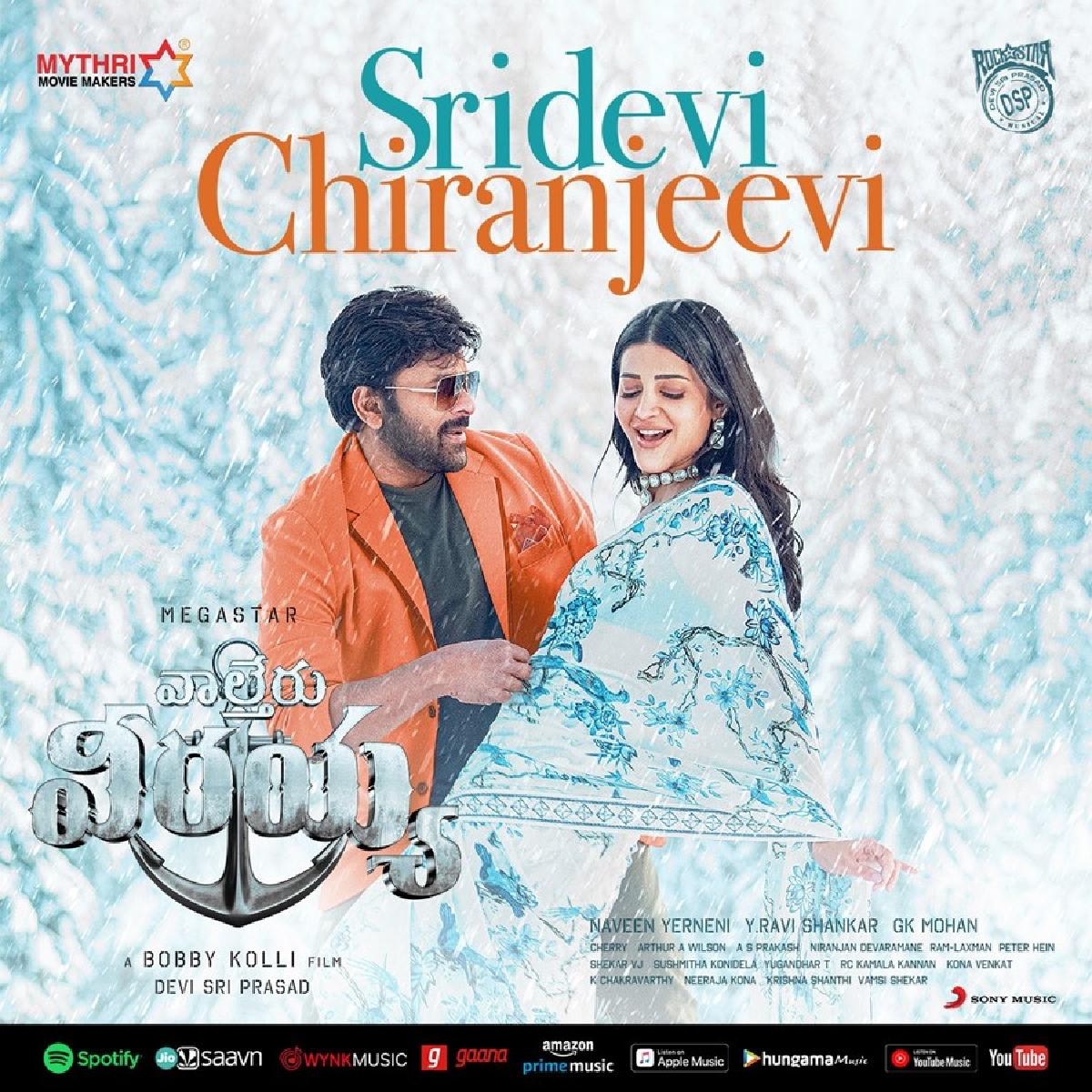 The song is titled Sridevi Chiranjeevi and it has Chiru and Shruti Haasan in a joyful mood. The visuals look good as we see the efforts of the unit, filming in picturesque snowy mountain ranges of France. DSP’s tune and composition are peppy. The vocals of Jasprit Jazz suit the theme.

Chiranjeevi is also shooting for Bhola Shankar, which is upcoming masala action comedy film directed by Meher Ramesh. An official remake of the 2015 Tamil film Vedalam.