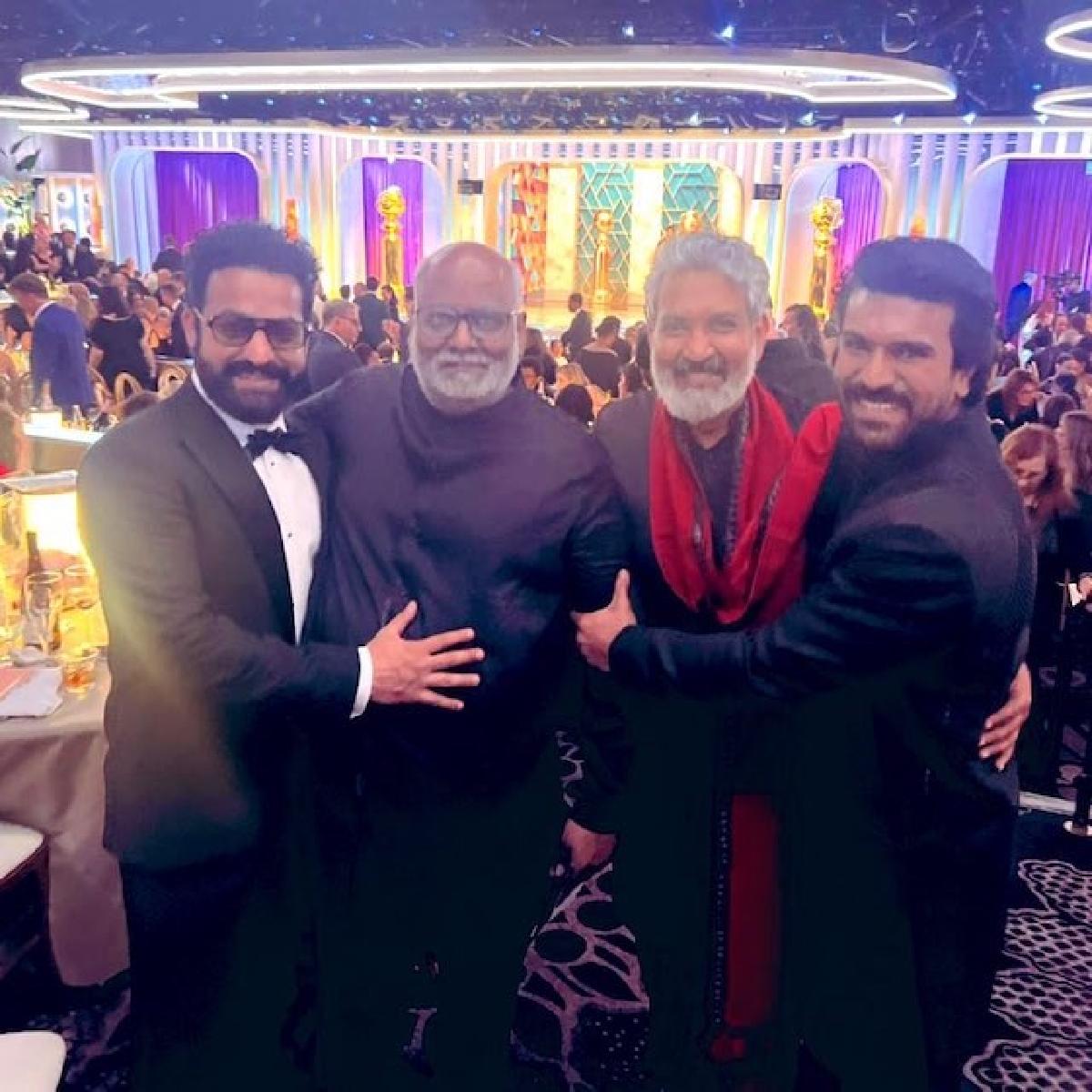 The song has been composed by veteran music director MM Keeravaani and penned by Kala Bhairavi and Rahul Sipligunj.

Sharing a video post on his social media profile, filmmaker SS Rajamouli captioned it, “SPEECHLESS, Music truly knows no boundaries. Congratulations & thank you PEDDANNA for giving me #NaatuNaatu. This one is special.:) I thank each & every fan across the globe for shaking their leg & making it popular ever since the release #GoldenGlobes”

While accepting the award at the 2023 Golden Globes, Keeravaani expressed gratitude for his team and also thanked N. T. Rama Rao Jr and Ram Charan for their performance on the song.

This was Rajamouli's first project after the 2017 blockbuster 'Baahubali 2: The Conclusion', was released across the globe in Hindi, Tamil, Telugu and Malayalam simultaneously early this year. The film received a huge response in several countries, including the US and Japan.