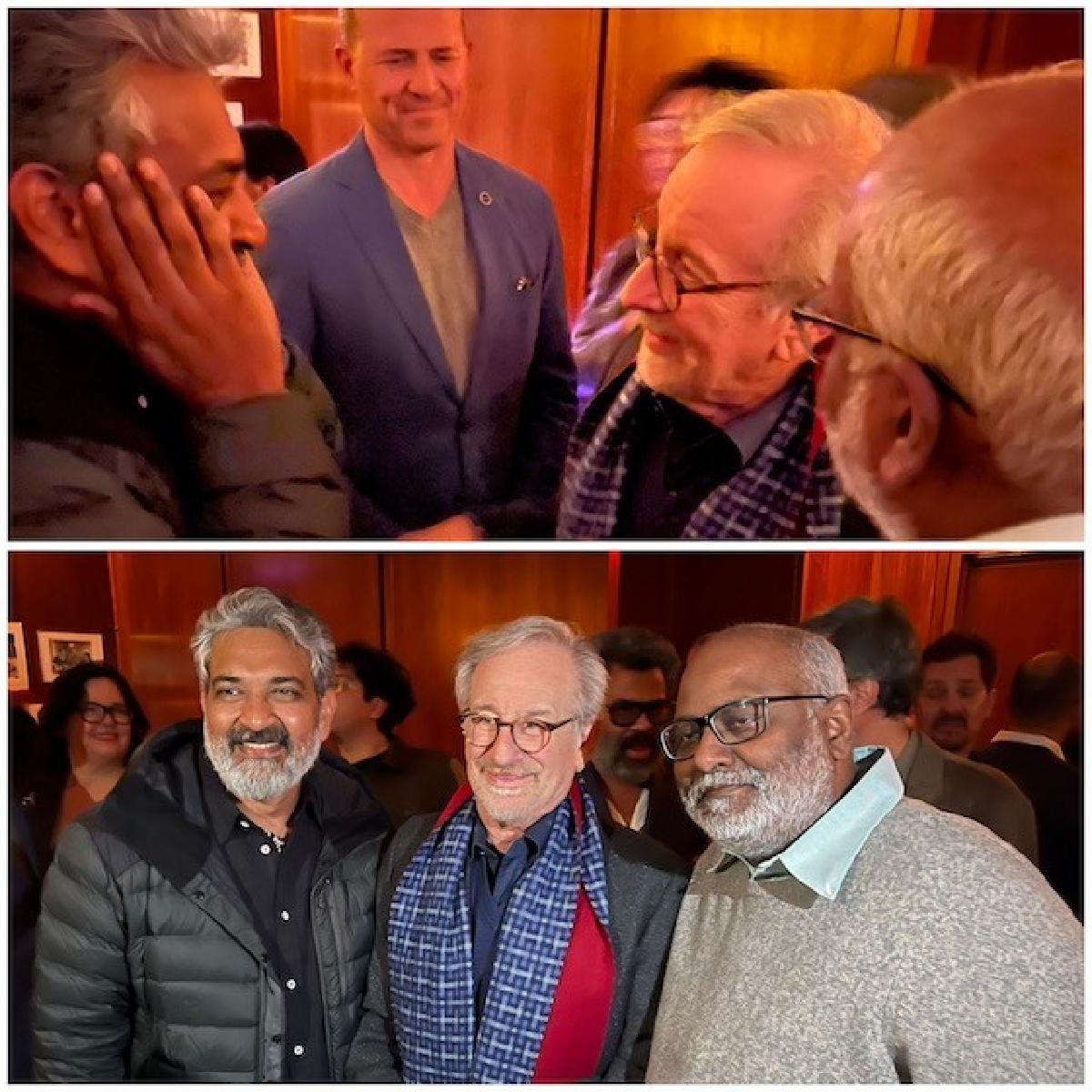 Sharing pictures on his social media, where Rajamouli can be seen sharing the frame with the maestro director along with the composer MM Keeravani.

Rajamouli met Spielberg on the sidelines of the 80th Golden Globe Awards, where 'Naatu Naatu' from his directorial 'RRR' won the award for Best Original Score.

Rajamouli's directorial was also nominated in the Best Non-English Language Film category at the 80th Golden Globes but lost it to Argentina, 1985.

RRR is a fictional story based on the lives of two Telugu freedom fighters, Alluri Seetharama Raju and Komaram Bheem.