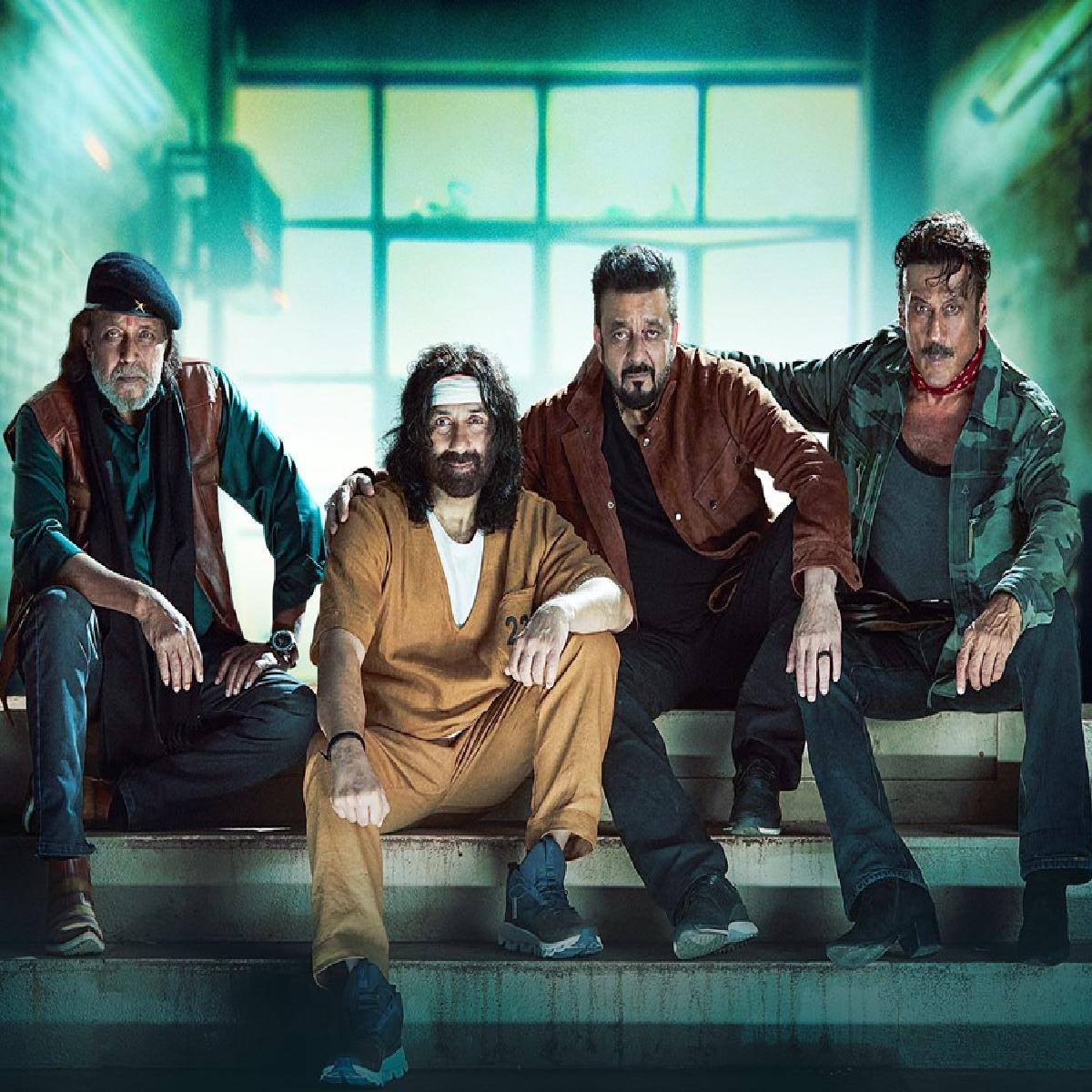 It will be directed by Vivek Chauhan who will be making his Bollywood directorial debut with this film. In the past, Vivek has previously worked as an assistant for shows and even films like Tanu Weds Manu Returns. The film will be produced by Ahmed Khan and Shaira Ahmed Khan in association with Zee Studios.

This movie will an exciting one as four of the most iconic superstars from 90s are coming together in a movie.

On the first look poster, Sunny Deol is seen flaunting long hair, which reminds you of him from Jeet movie, Sanjay Dutt is sporting a small scarf tied around his neck. Mithun Chakraborty was seen in a salt-n-pepper look. While the title of the film is kept under wraps, the makers revealed that it will be an action entertainer.

Apart from untitled multi-starrer drama, Sunny Deol is also busy shooting the second part of hit Gadar with Ameesha Patel. He is also prepping for Apne 2, which will feature entire Deol clan, including Dharmendra, Bobby and Karan.