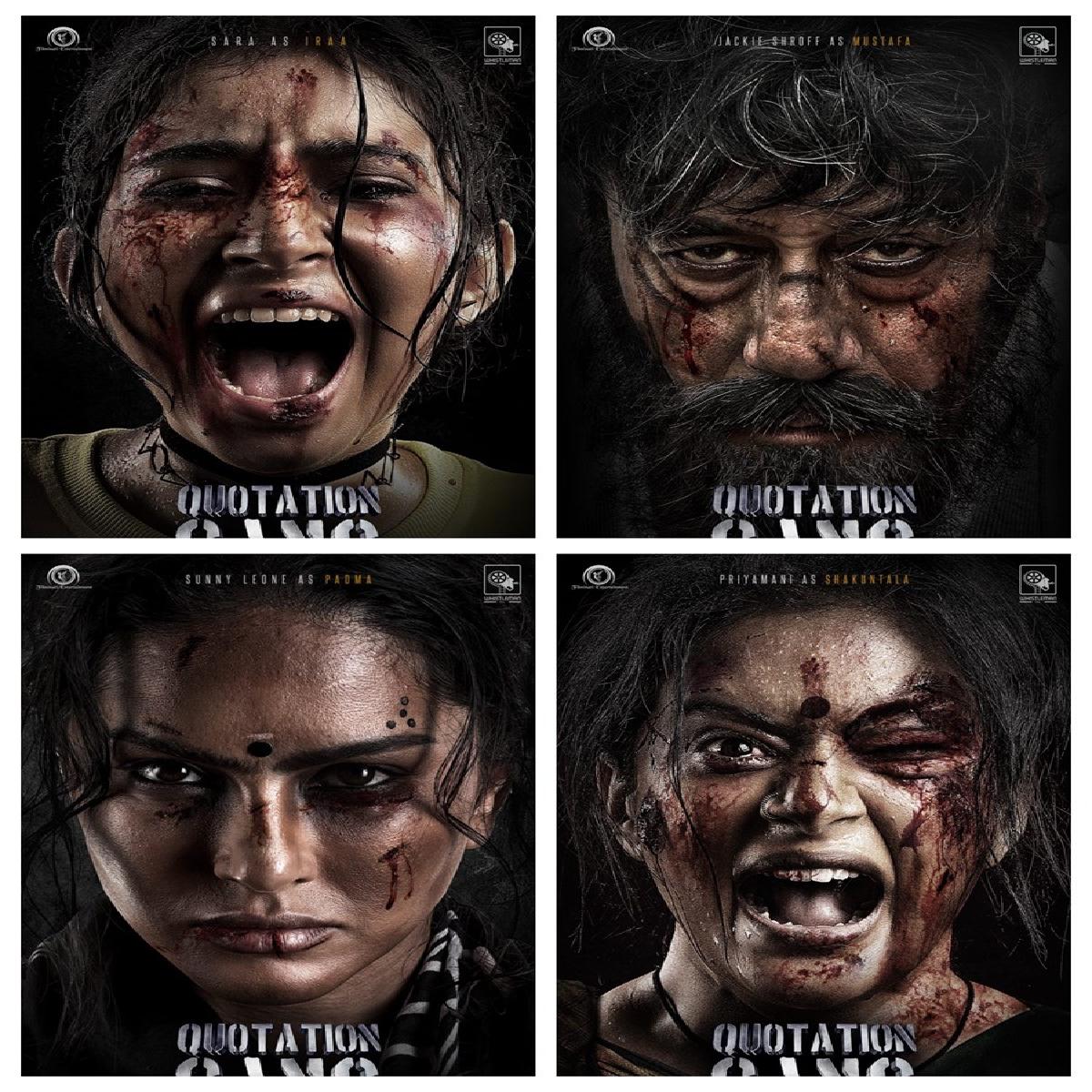 Actress Sunny Leone drops the first look poster for multi-starrer Quotation Gang. The dark and gritty suspense thriller is a hyperlink drama, where multiple stories converge at one stage.

The film is helmed by Vivek Kumar Kanan, the film Jackie Shroff, Priya Mani, Sunny Leone, Priyamani, and Sara Arjun in the lead.

The shoot for the film is complete. The team is working on post-production, and the makers are planning on multilingual release (in Tamil, Telugu, Kannada, Malayalam, Hindi, and Punjabi).

The film is a crime thriller, with grungy and dark ending. The film will have no songs, but a solid background score that will uplift the film, as reported.