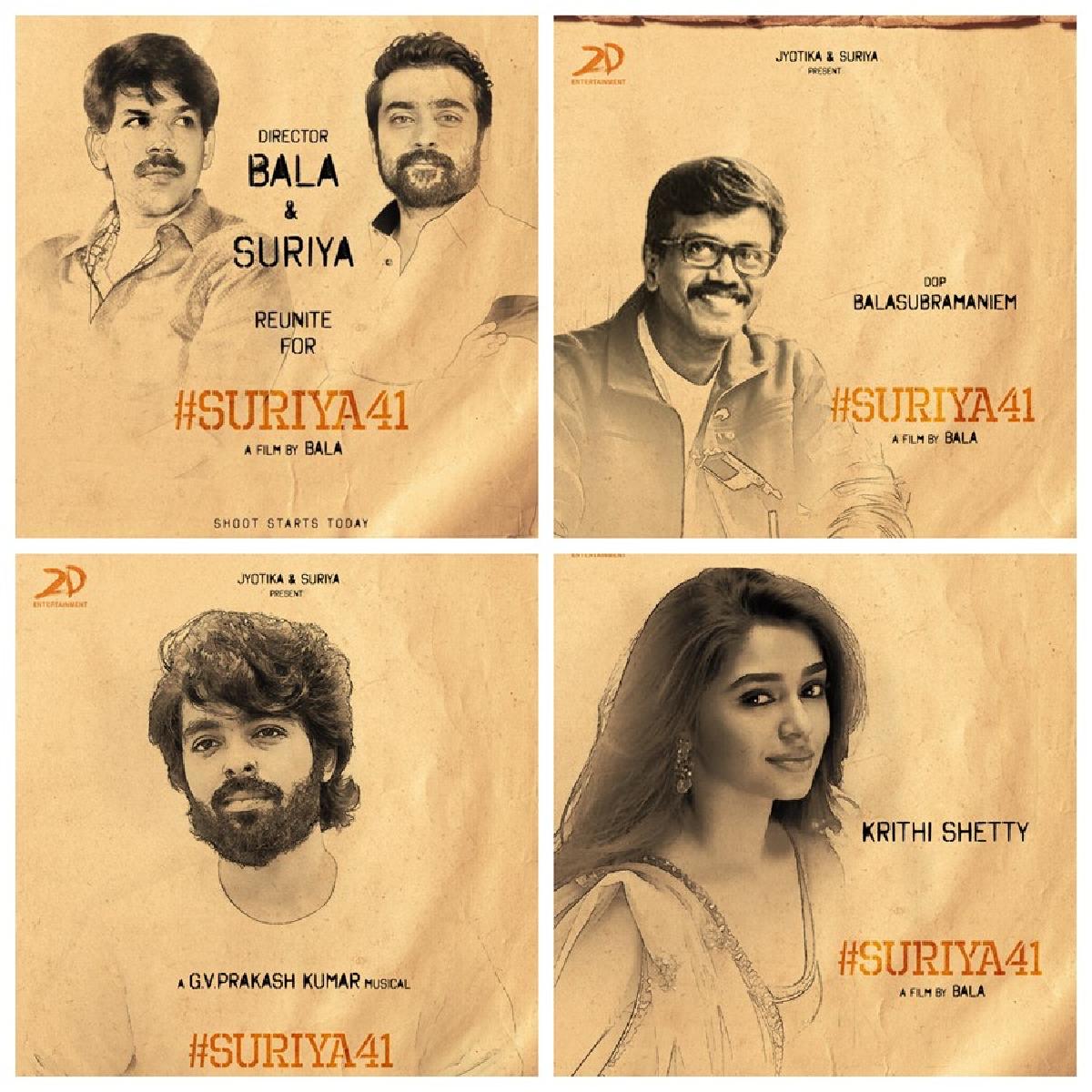 Actor Suriya and filmmaker Bala are collaborating once again for an untitled film, the working title of the film is Suriya 41.

Suriya is reuniting with acclaimed director Bala after 18 years since their last collaboration 'Pithimagan'. Taking to his social media handles, Suriya shared a picture with filmmaker and wrote, "Been waiting for #directorbala na my mentor to say Action!!! …After 18 years, it’s happiness today…! This moment… we need all your wishes! #suriya41".

The film also star Krithi Shetty, who is paired opposite Suriya. The film will feature from G. V Prakash Kumar, and acclaimed cinematographer Balasubramaniem Kathiresan will be working as the DOP on the film.

Expressing her excitement over bagging the role, Krithi Shetty wrote, “Happy to be on board #Suriya41 @Suriya_offl sir #Directorbala sir @2D_ENTPVTLTD Have been receiving many warm wishes since morning…feeling grateful, thank you so much”

The film is bankrolled by 2D Entertainment, which is owned by the actor Suriya and his wife Jyotika.

Suriya and Bala earlier collbaraoted on Pithamagan, the film also starred Vikram and it was released in 2003. The film fetched Vikram a National Film Award for Best Actor.