Swara Bhasker In And As Mrs. Falani 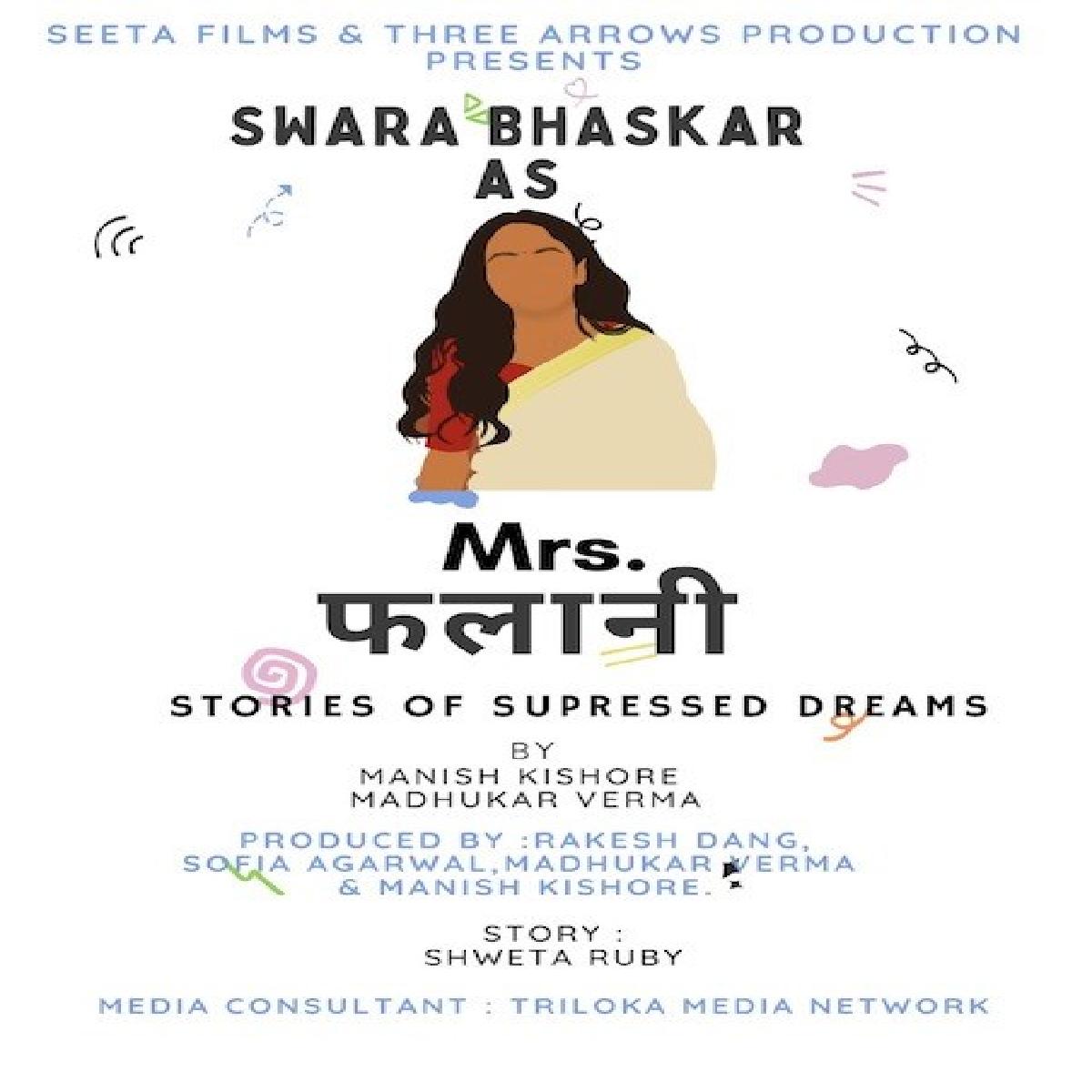 Actress Swara Bhasker announces her next movie titled Mrs Falani, which is touted to be intimate and authentic, yet heart-warming drama.

Sharing the first look poster and titled of the film, Swara took to her social media and shared, “Super excited to be playing the title part in the movie #Mrs.Falani produced by Three arrows and Sita FILMS. Congratulations the director Duo @manishkishorre @madhukar_Creative & Producer

“Hope we will Create a benchmark! The story is heartwarming, intimate and so authentic. Praying that I can rise to the challenge of essaying 9 different characters! Can’t wait to start! All the best to us all Team Mrs. Phalaani! Let’s get it!” added Swara.

Helmed by Manish Kishore and Madhukar Verma’s film, under the banner of 3 Arrow Productions, featuring Swara in 9 different characters in a very active about female-centric stories.