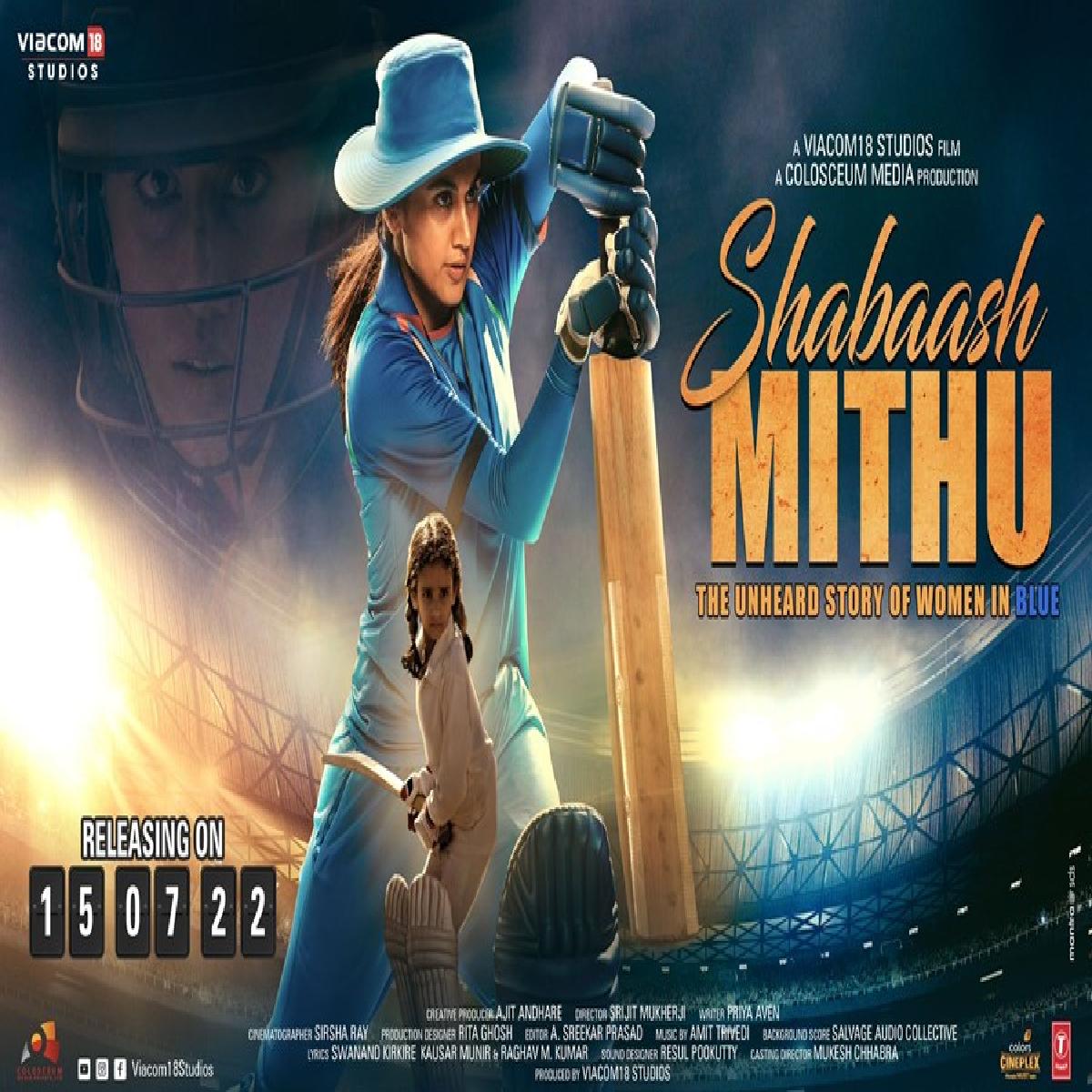 Actress Taapsee Pannu drops a brand new poster and finally confirms the release date of much-awaited sports drama Shabaash Mithu, based on the life of female cricketer Mithali Raj. The film is slated for 15th July 2022.

Sharing the poster and release date, Taapsee took to her social media and wrote, “There is nothing more powerful than a girl with a dream and a plan to realise it! This is a story of one such girl who chased her dream with a bat in this “Gentleman’s Game” #ShabaashMithu The Unheard Story Of Women In Blue will be in cinemas on 15th July 2022.
@mithaliraj @srijitmukherji @ajit_andhare @priyaaven @viacom18studios @tseries.official @colosceum_official”

Shabaash Mithu is directed by Srijit Mukherji and produced by Viacom18 Studios. The film based on the life of current Test and ODI captain of the India women's national cricket team, Mithali Raj, stars Taapsee Pannu in titular role.

The film based on her life chronicles the events of her life's journey in the world of women cricket. It presents her struggles and euphoric rise in the women cricket. The film is scheduled to release on 15 July 2022.

Meanwhile on the work front, Taapsee Pannu is also busy with Dobaaraa, and her debut production Blurr.

Modern Love Mumbai Trailer Is Out