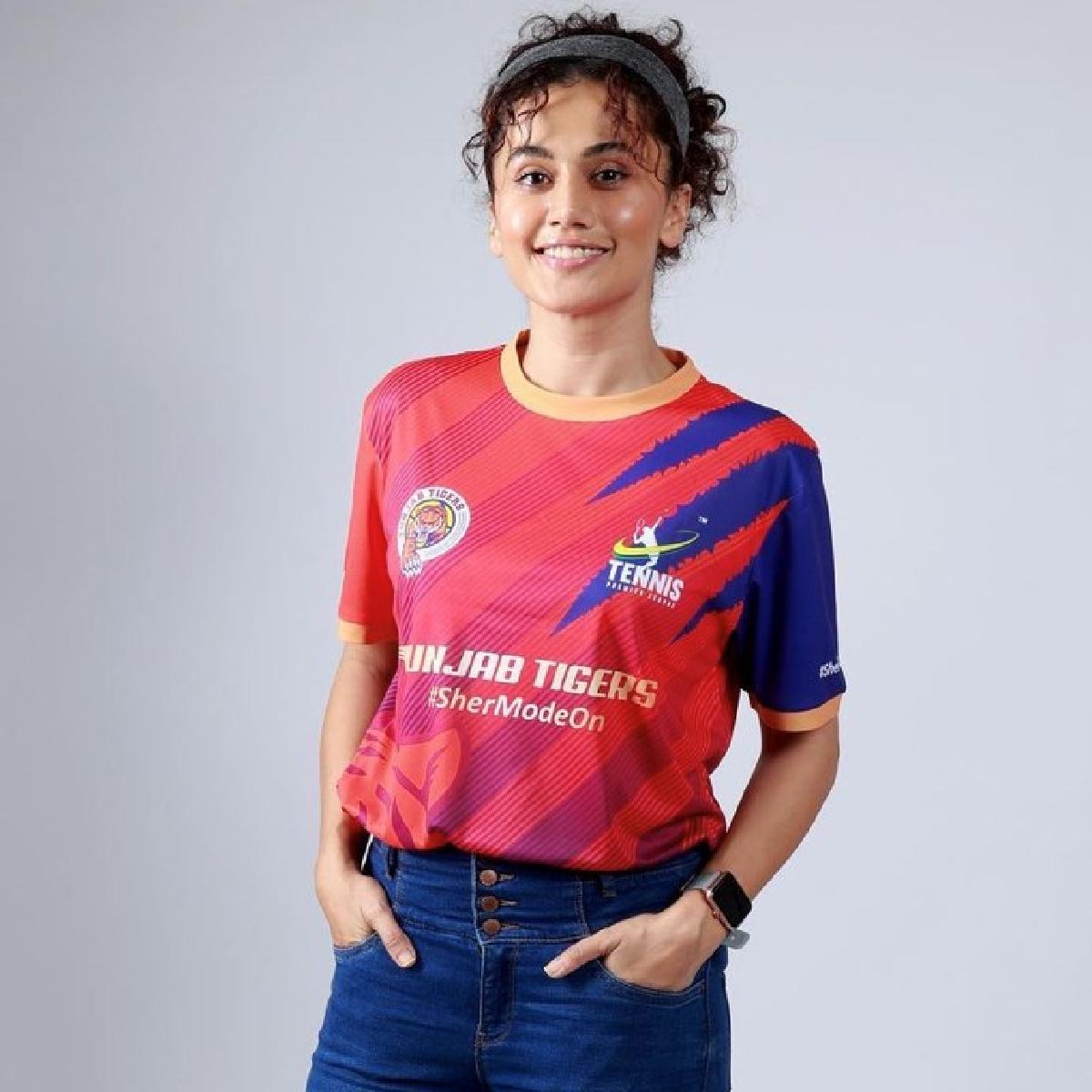 Taking her passion and love for sports a notch higher, actress Taapsse Pannu has become the co-owner of Punjab Tigers and the team will compete in 4th season of Tennis Premiere League.

Taking to her social media profile and announcing her association with the league, Taapsee Pannu shared, “Taking my love for sports one step further ahead and joining the Tennis Premiere League. Debuting in the Season 4 of TPL as the Co-owner of Punjab Tigers' Team @punjabtigerstpl along with @raminder_singhji #SherModeOn #AajaMaidanMein #PunjabTigers #TPL #Tennis @tennispremierleague”

Punjab Tigers is the latest franchise that has become part of the Tennis Premier League and is all set to compete in the fourth season of India’s premiere tennis tournament. The TPL packages traditional tennis into a highly entertaining tournament to capture the imagination of the fans. It is the tennis equivalent to the Indian Premier League.

The Punjab Tigers will compete against the likes of the Pune Jaguars, co-owned by Sonali Bendre, and Mumbai Leon Army, co-owned by Leander Paes.

Meanwhile on the work front, Taapsee Pannu had a slew of releases recently, she was seen in Looop Lapeta, Mishan Impossible, Shabaash Mithu, and Dobaaraa. Next she will be seen in Jana Gana Mana, Blurr, Woh Ladki Hai Kahaan and Dunki.

Dunki marks her first ever outing with Shah Rukh Khan, the film is helmed by Rajkumar Hirani.