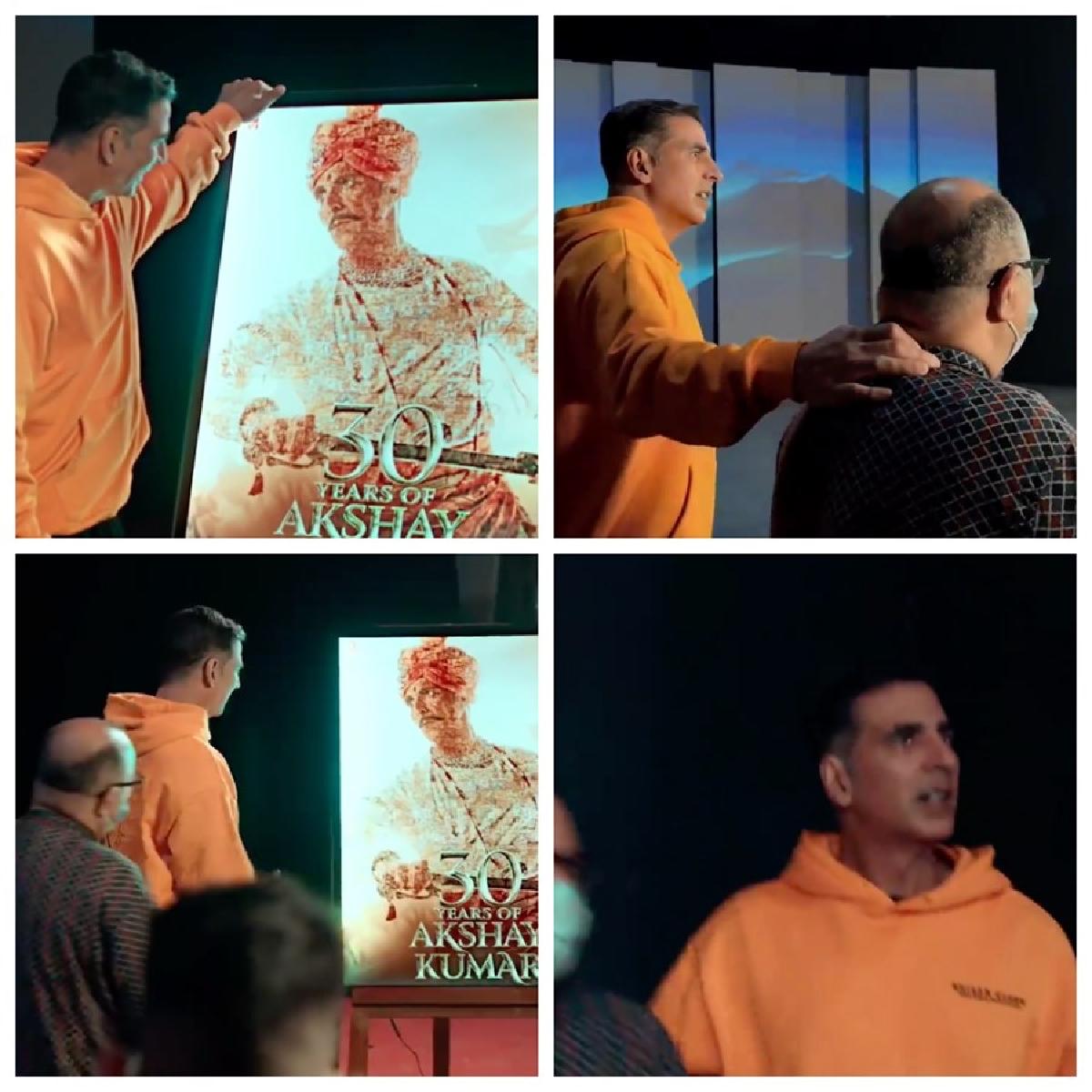 The official handle of YRF just dropped a video of AKshay Kumar, where the actor along with filmmaker Chandraprakash Dwivedi unveils a new poster of Prithviraj.

The caption read, “Celebrating @akshaykumar and his 30 years of incredible cinema! Watch the unveiling video NOW! Celebrate Samrat #Prithviraj Chauhan with #YRF50 only at a theatre near you on 3rd June. @manushi_chhillar @duttsanjay @sonu_sood  #DrChandraprakashDwivedi  @prithvirajmovie  #Prithviraj3rdJune”

In his elaborate career, Akshay Kumar is collaborating for the first time with Yash Raj Films for historical epic drama Prithviraj, which is directed by Chandraprakash Dwivedi.

The film also stars Sanjay Dutt, Sonu Sood, Ashutosh Rana, Sakshi Tanwar, Manav Vij and Lalit Tiwari in other important characters and it is scheduled for release on 3 June 2022.

Akshay Kumar is also has a slew of movies lined-up for release in 2022, such as Raksha Bandhan, Ram Setu, Mission Cinderella, OMG 2, Selfiee, remake of Soorarai Pottru and more.