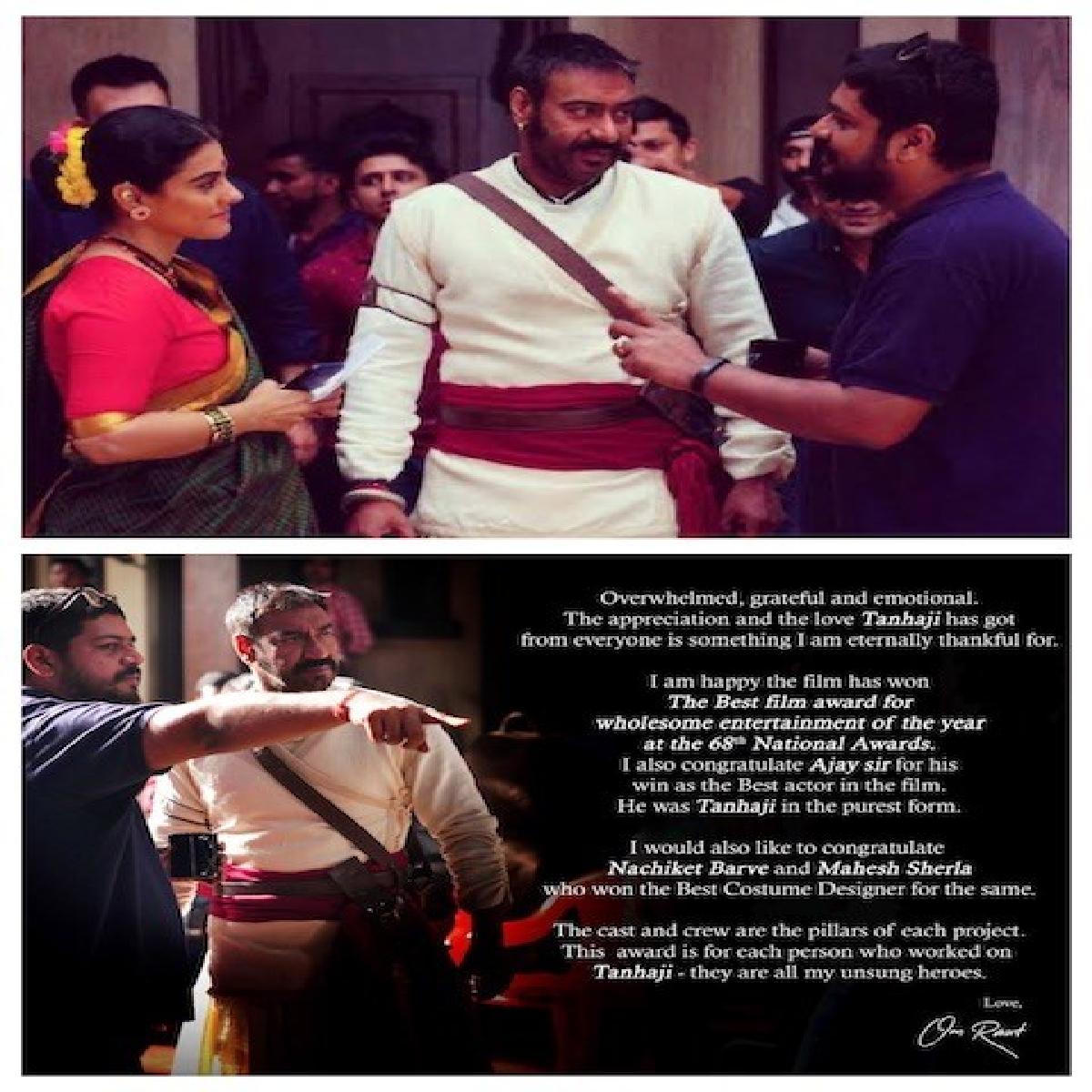 Tanhaji: The Unsung Warrior' bagged three honours at the 68th National Film Awards, the film's director Om Raut, along with Ajay Devgn and Kajol expressed their gratitude and joy over bagging the most prestigious awards in the country.

Filmmaker Om Raut took to his social media and issued a note. He captioned it, “It’s an extremely proud & happy moment for us. We’ve won 3 National Awards for a film very close to my heart, Wouldn’t have been possible without @ajaydevgn #SaifAliKhan @itsKajolD #BhushanKumar Ji @SharadK7 @nachiketbarve #MaheshSherla @ADFFilms @TSeries @tseriesfilms and the rest of the cast and crew!! #TanhajiTheUnsungWarrior”

Actor Ajay Devgn extended praises to his wife, he replied to the tweet Kajol wrote, it read, “Congratulations to you too, Your presence in the film gave it an added dimension”