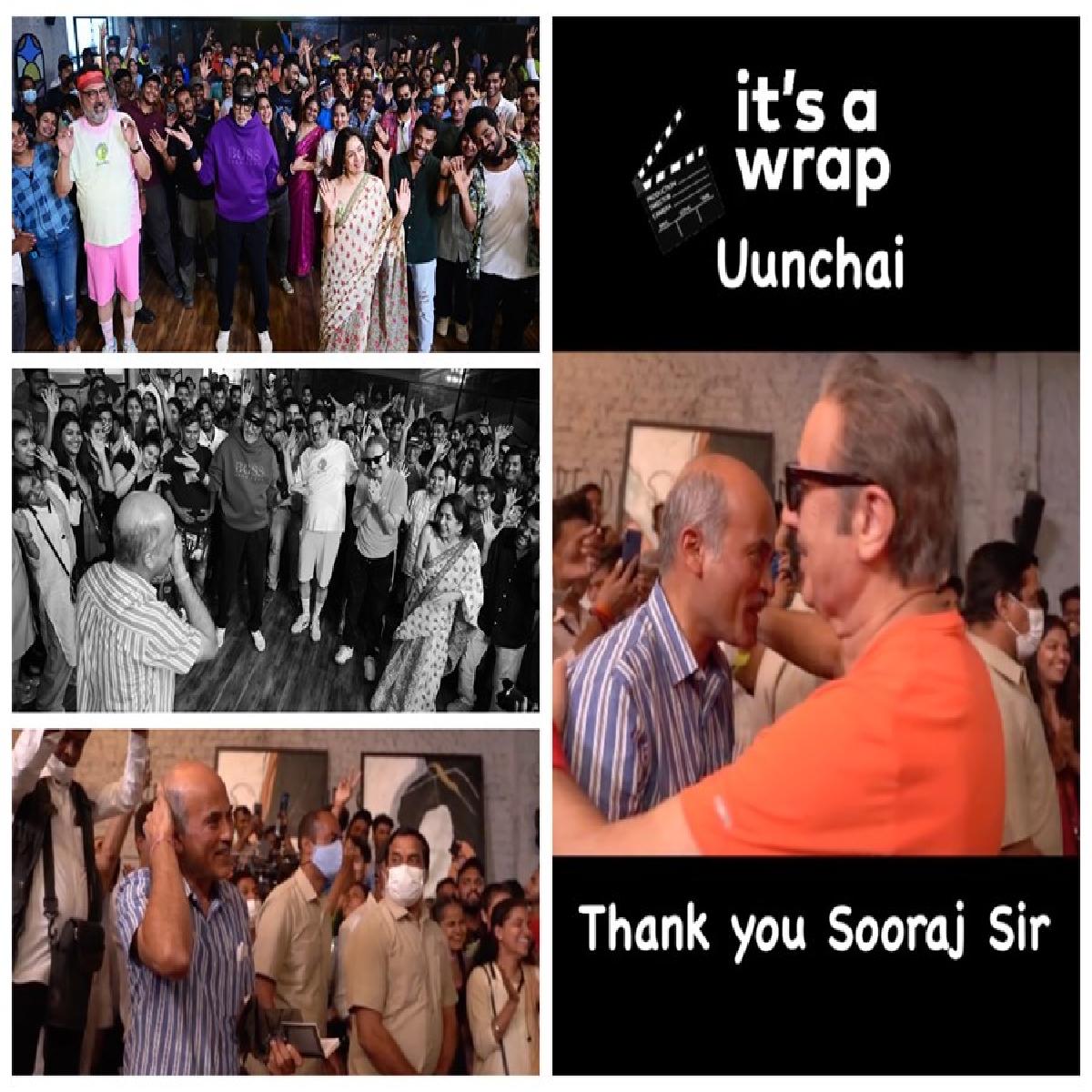 Veteran actor Anupam Kher took to social media profile and penned an emotional note as the film wrapped its shoot. He wrote, “It is a WRAP. THANK YOU #SoorajBarjatya for your love, warmth, brilliance and compassion during the shooting of #Uunchai! This little jump action we all did was Soorajji's signature step when we did a good shot. We all did it for him as a tribute to his noble and humble royal direction during #Uunchai . This little skip is our little way of saying we love you. @uunchaithemovie #BestExperience #4thFilmWithSooraj”

He also dropped a video from the sets, in which the whole team including actor Neena Gupta and director Sooraj Barjatya can be seen jumping in joy after wrapping up the final shoot.

Big B, too, became emotional after the wrap and took to his blog and expressed his gratitude. He shared "The morning Chapel at assembly in Sherwood .. and the Head Prefect of the School read a portion of the Bible and after .. said .. 'and here endeth the lesson' ..the film UUNCHAI is over and the last works ended today .. farewell speeches emotions gratitude cheers and .. 'till we meet again"

Parineeti Chopra is also a part of 'Uunchai'.