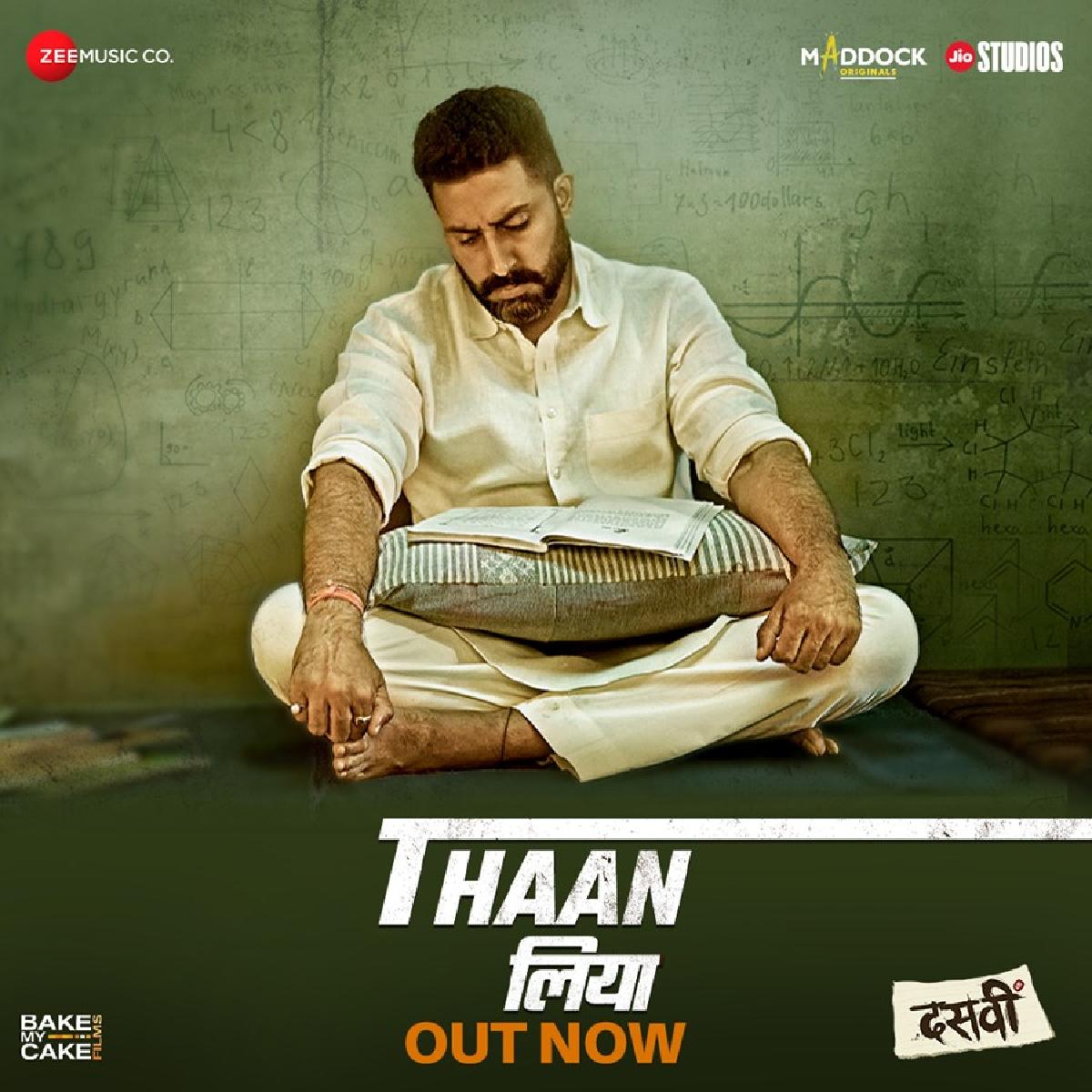 Keeping the audience intrigued, the makers of Dasvi drops yet another inspirational anthem from the film titled Thaan Liya. This one is crooned by Sukhwinder Singh and Tanishkaa Sanghvi, written by Ashish Pandit and composed by Sachin-Jigar.

Thaan Liya is the crux of the movie, Abhishek Bachchan as Ganga Ram Chaudhary is born into politics, and that is all he knows, which resulted him not going to school and not completing his education. The song chronicles his journey to find his groove and complete his 10th standard.

Earlier, the makers of the film organised the first screening of Dasvi in Agra Central Jail. The actor wanted to keep a promise he made to the jail's inmates last year, when he finished shooting for the movie there.

The film is a social-comedy that revolves around an 8th grade pass out politician, who lands behind bars following his involvement in a teacher recruitment scam.

The film also stars Nimrat Kaur and Yami Gautam, directed by Tushar Jalota, produced by Dinesh Vijan and Bake My Cake Films. It will begin streaming on Jio Cinema and Netflix from April 7.