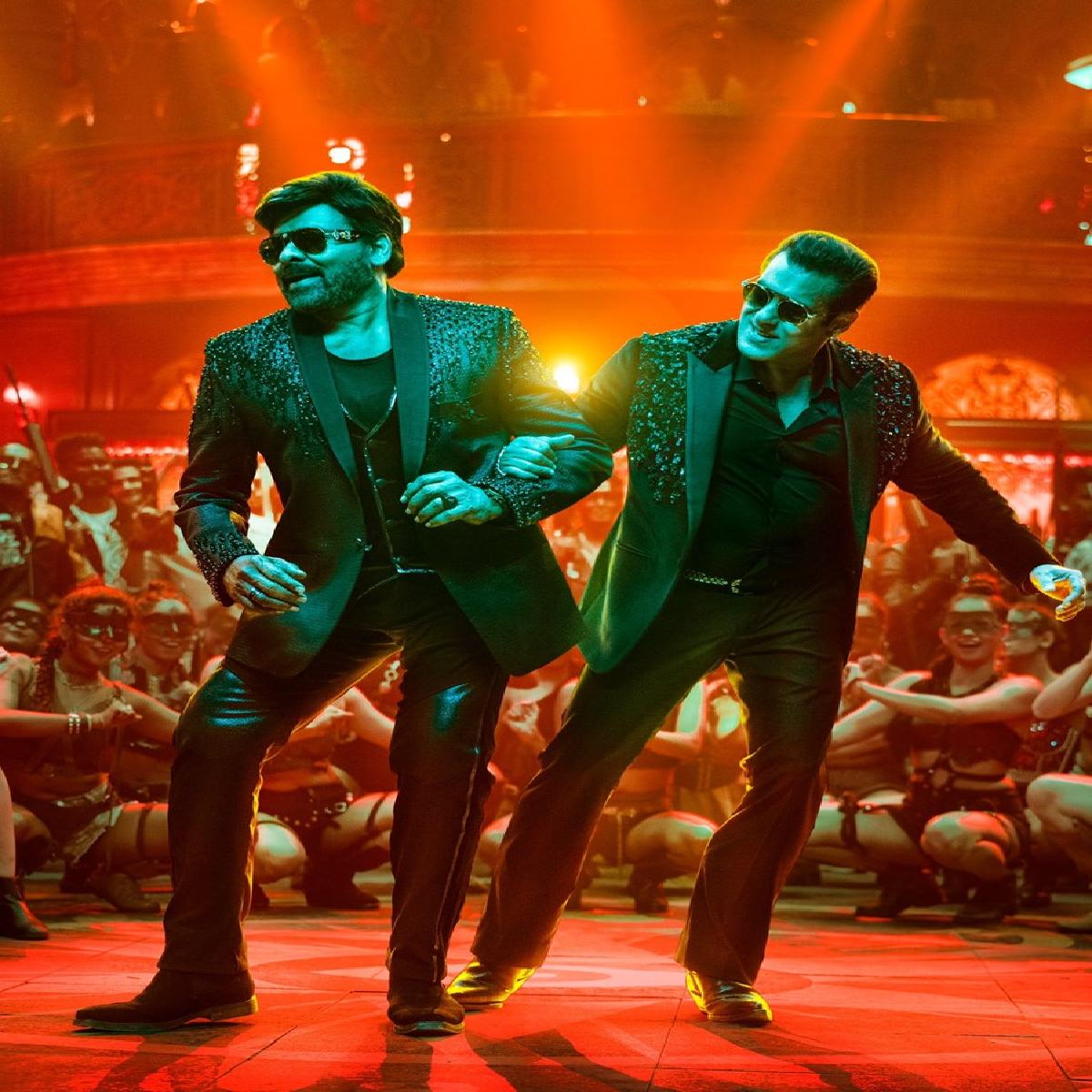 After building up the hype and dropping back-to-back two massive promo’s, Thaar Maar Thakkar Maar from Godfather featuring Chiranjeevi and Salman Khan has been delayed with no clear date for re-release.

Superstar Salman Khan is making his Telugu debut with Godfather, a political thriller with Chiranjeevi and duo has created a massive party promotional number, Thaar Maar Thakkar Maar, which was supposed to release yesterday evening, but due to some technical error, the song has been delayed.

Sharing the delay in the song, the official handle of Konidela Pro Company shared, “Due to an unforeseen technical glitch, there is a delay in the lyrical of #ThaarMaarThakkarMaar from #GodFather. The release date and time would be announced shortly! #GodFatherOnOct5th”

The song, Thaar Maar Thakkar Maar is crooned by Shreya Ghoshal, composed by Thaman S and penned by Anantha Sriram. The song is choreographed by Prabhudeva.

Helmed by Mohan Raja and produced by Konidela Production Company and Super Good Films. Godfather is a remake of the 2019 Malayalam film Lucifer, the film also stars Nayanthara, Puri Jagannadh and Satyadev Kancharana.  The film is slated for 5 October 2022, coinciding with the festival of Vijayadashami.