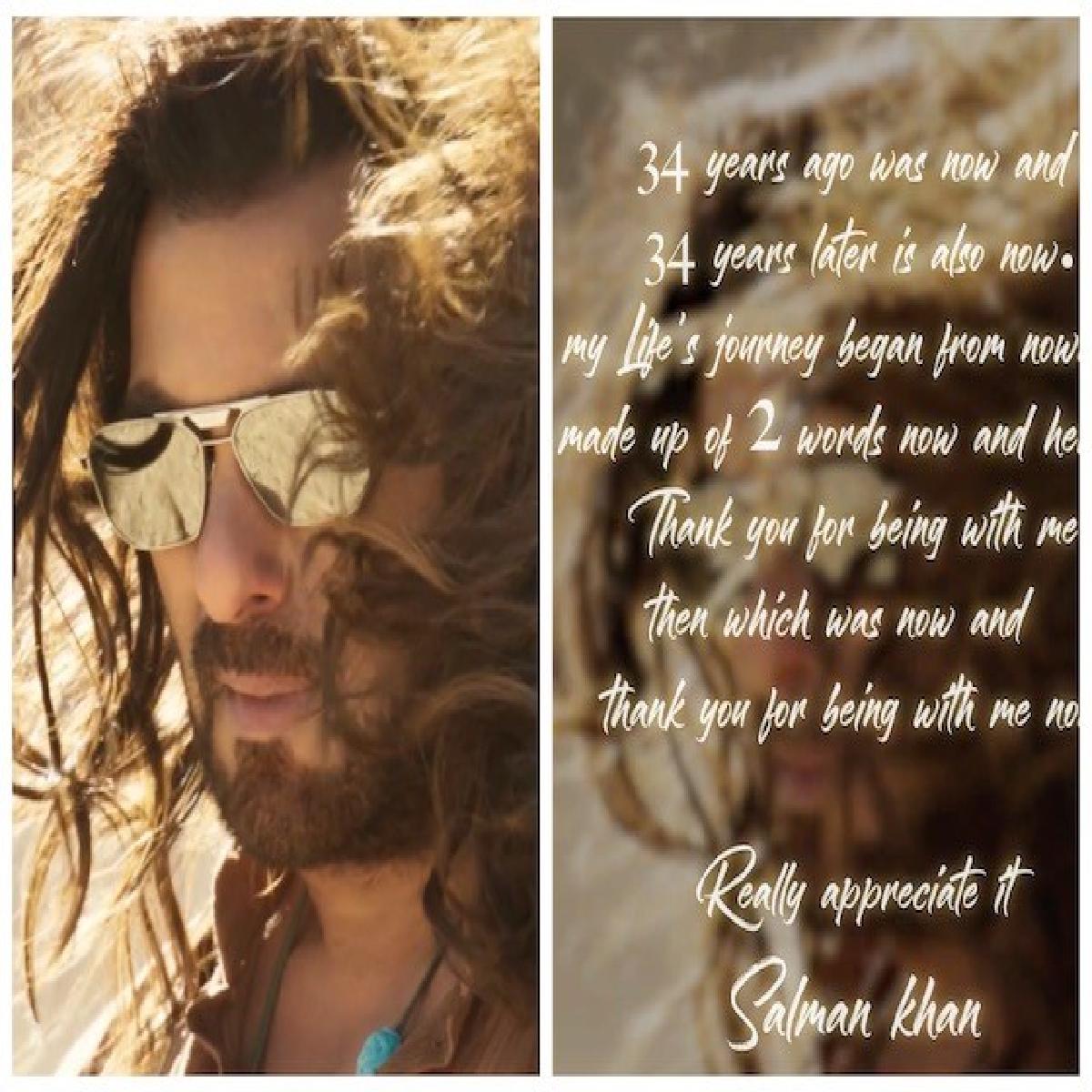 Action superstar and undisputed champion of reality shows, Salman Khan clocks 34 years in the film industry and expresses his undying gratitude to each and every one for being part of his journey.

Salman Khan clocks 34 years in the Hindi film Industry today, as his first film Biwi Ho To Aisi was released on August 26, 1988. Though his first leading role film was Maine Pyar Kiya which became a sensational all-time blockbuster at the box office and catapulted him into the league of the biggest stars of that time.Sharing a video post on social media, Salman Khan captioned it, “#KisiKaBhaiKisiKiJaan”

The message reads, “34 years ago was now and 34 years later is also now. My life’s journey began from nowhere made up of 2 words now and here. Thank you for being with me then which was now and thank you for being with me now. Really appreciate it, Salman Khan” Apart from sharing the heartfelt note, Salman Khan also dropped a stunning new picture of himself, flaunting a trimmed beard and long hair.

On the work front, Khan has the movie Kabhi Eid Kabhi Diwali in his kitty. The film also features Pooja Hegde. He even has Tiger 3 with Katrina Kaif. The actor is also set to make a cameo appearance in the movie Godfather, and Shah Rukh Khan starrer Pathaan too.