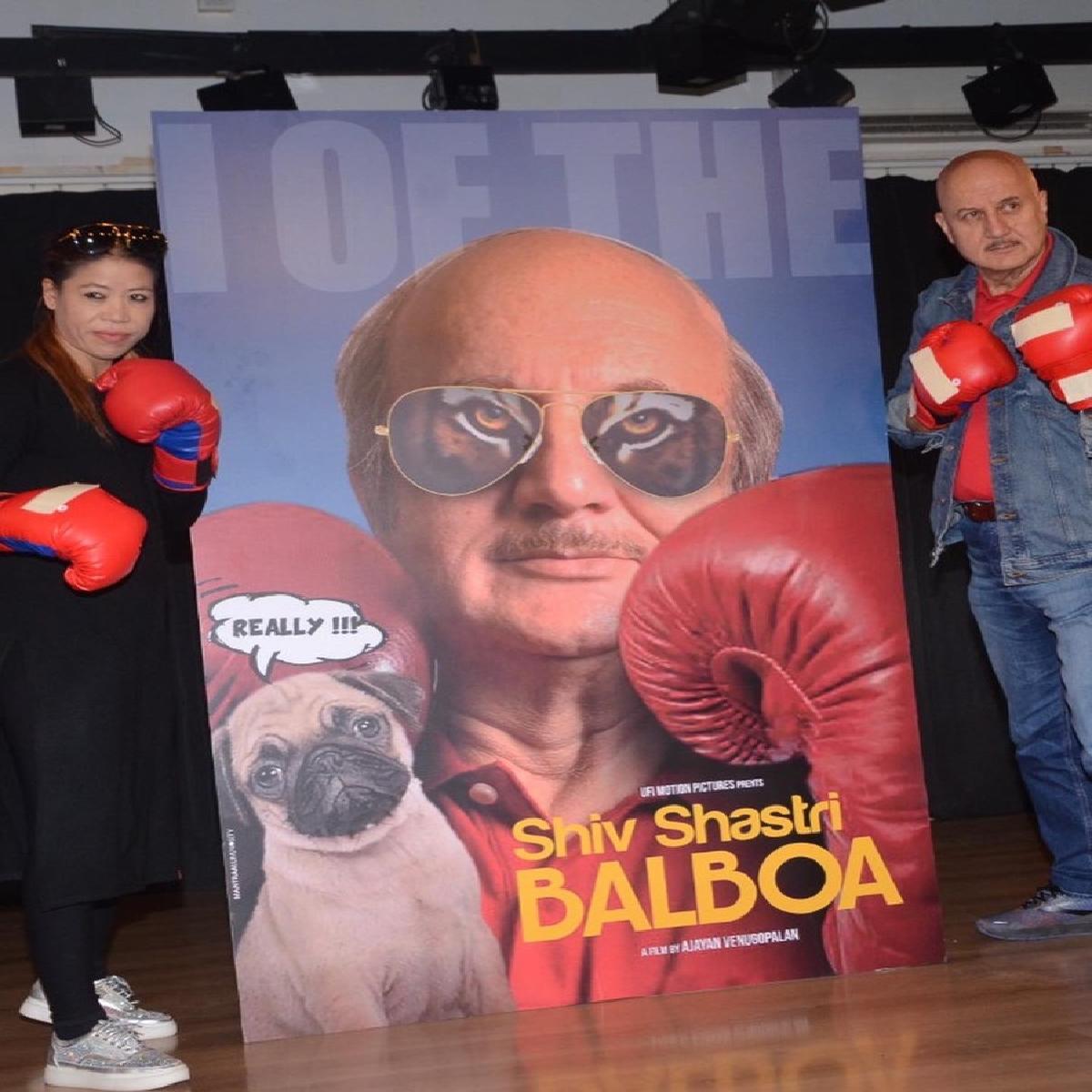 Anupam Kher has shared new poster of his upcoming film Shiv Shastri Balboa, which was released by Mary Kom at an event recently. The film also stars, Neena Gupta, Sharib Hashmi and the dog.

Anupam Kher took to his social media and wrote, “Dearest #MaryKom! Thank you for being amazingly gracious and release the poster of our film #ShivShastriBalboa. You are a #NationalIcon and your life journey is hugely inspirational”

The film's poster shows Anupam as an old man who appears to have the spirit of a tiger behind his glasses. He is seen wearing boxing gloves and a dog is seen in the picture saying, “Really!!!” The text on the poster read, ‘Shiv Shastri Balboa’.

The releasee date of the film is still awaited.