The Asahi Glass Foundation: Survey on the Awareness of Environmental Issues Among the General Public (in Japan and 24 other countries) 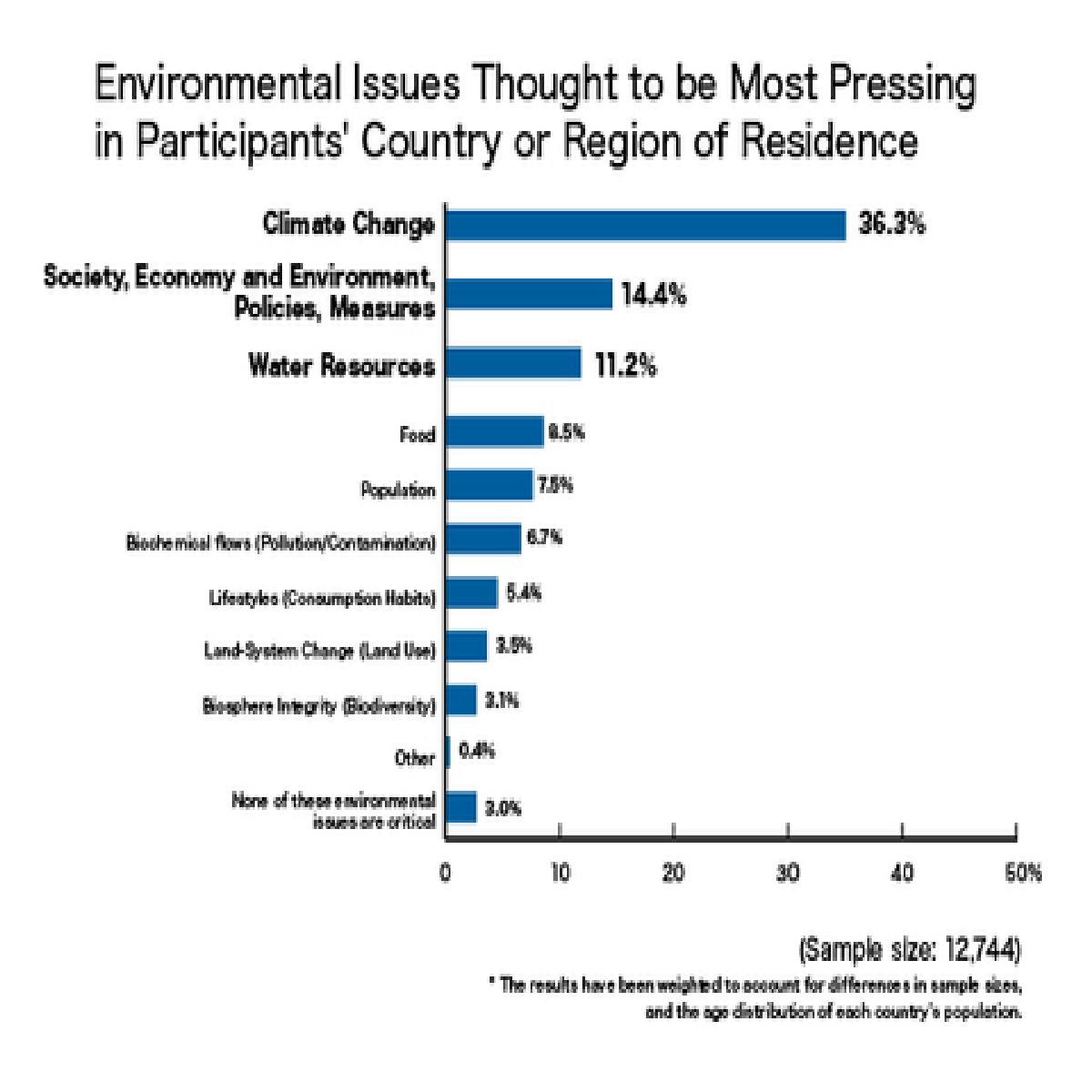 The Asahi Glass Foundation, chaired by Takuya Shimamura, conducted an online survey of 13,332 people in Japan and 24 other countries in total, with 6,585 participants aged 18-24, and 6,747 participants aged 25-69. Its goal was to assess awareness and action regarding environmental issues. The survey was supervised by Professor Norichika Kanie of Keio University. Its main findings were as follows:

Overall, participants rated "Climate Change" as the most pressing environmental issue in the country or region where they reside and expressed concern over abnormal weather conditions. The number two issue was "Society, Economy and Environment, Policies, Measures," and the number three issue was "Water Resources."