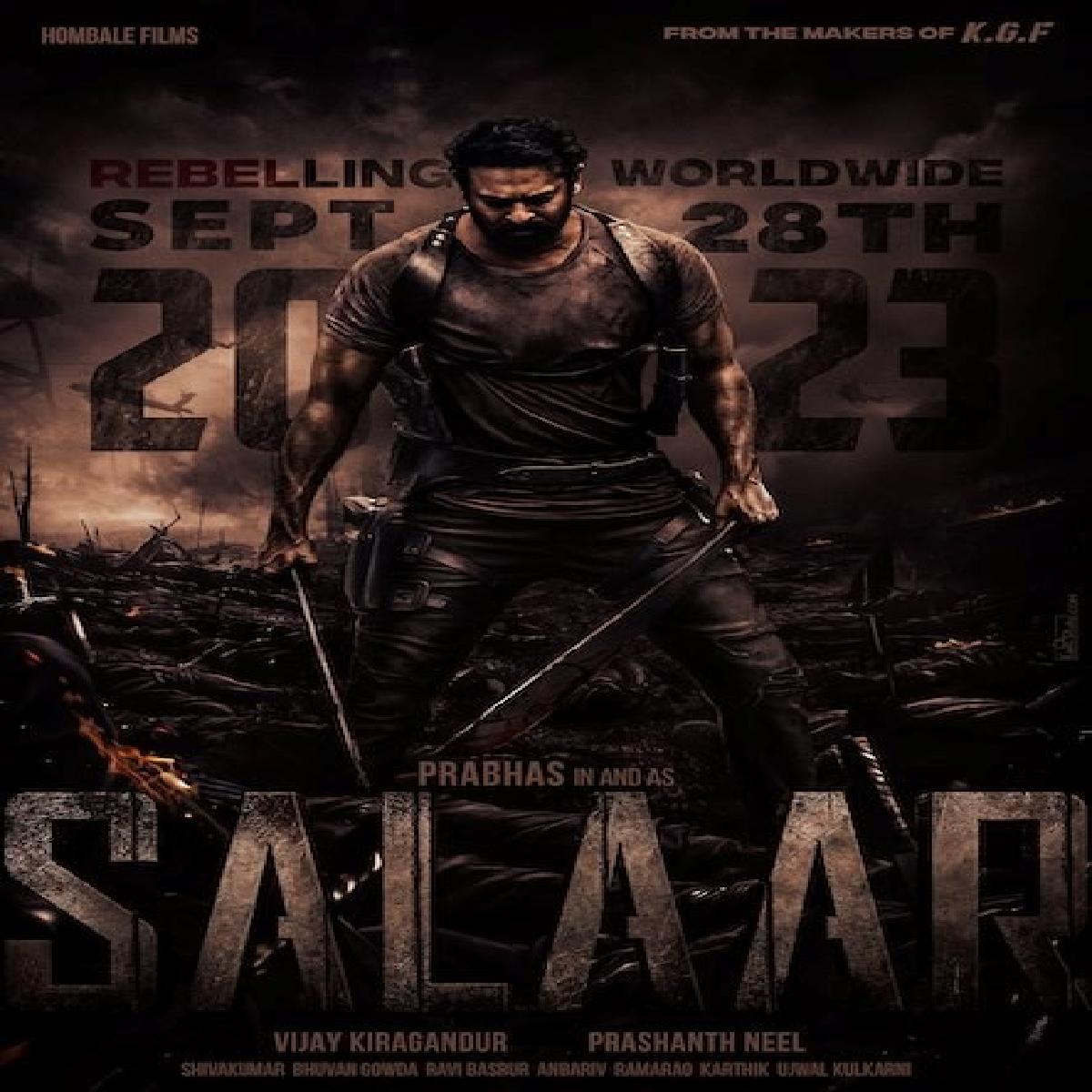 Baahubali fame actor Prabhas is all set to action genre to a whole new level with his forthcoming release, Salaar, unveils an intense and intriguing new poster along with release date of the movie.

The poster features Prabhas in a grunge look with both his hands occupied by a pair of swords as he looks down. The colour scheme and contrast ratio of the poster is reminiscent of that of ‘KGF!

The film also stars Shruti Haasan and Prithviraj, directed by Prashanth Neel with the former being touted as a VFX-heavy film for which the makers have hired a foreign studio.

The movie also stars Jagapathi Babu, Easwari Rao and Sriya Reddy, has been produced by Vijay Kiragandur of Hombale Films. The film is mounted at a reported budget of more than Rs 400 croresSalaar’ is set to arrive in cinemas on September 28, 2023. It will be released pan-India in 5 Indian languages.