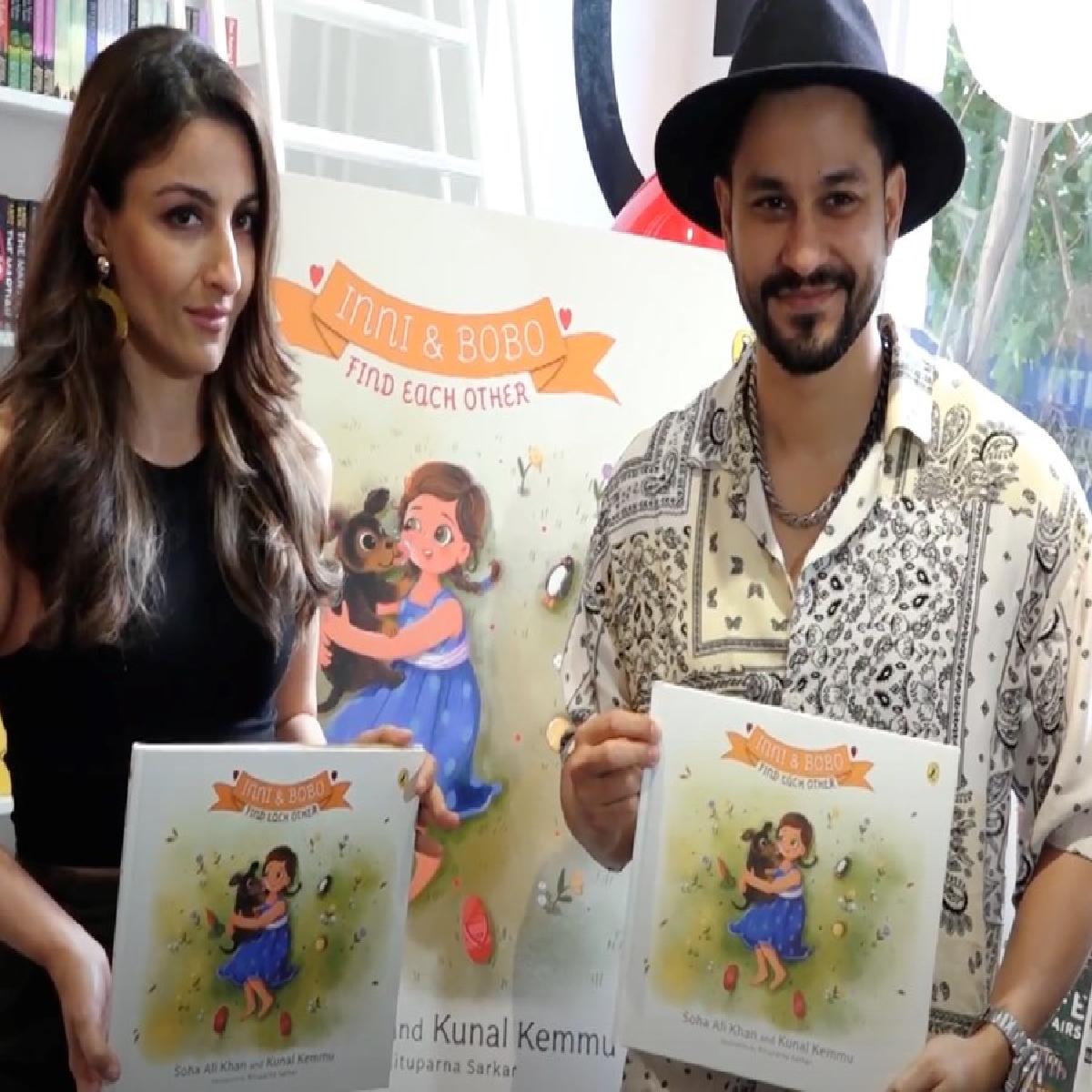 Kunal Kemmu and Soha Ali Khan were interacting with NewsHelpline at the book launch in Mumbai.

Talking about the idea of the book, Soha Ali Khan, who has written book earlier as well said, “The idea of the book came from Kunal, our daughter Inaaya loves animals a lot, and basically, we want to promote the idea of ‘adopt, not shop’, because there are so many animals looking for homes, so instead of buying, you can give them a home. And the character in the book, like our daughter, loves all the animals, so it is inspired by that as well”

Titled Inni and Bobo, the book is about the adorable companionship between the couple's daughter, Inaaya Naumi Kemmu, and her new little puppy Bobo.