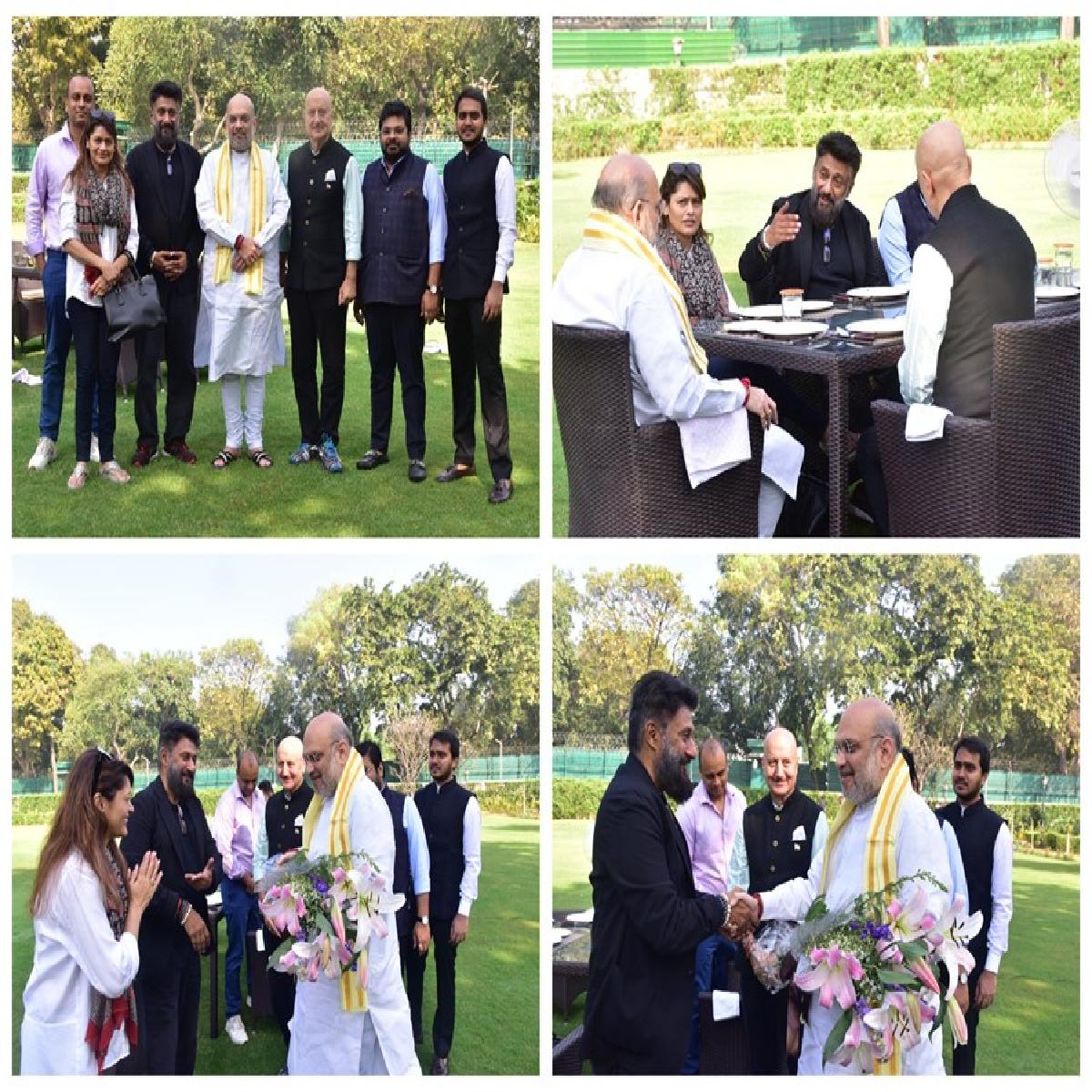 Director Vivek Ranjan Agnihotri's 'The Kashmir Files' has taken over the box-office collection in the domestic market. The film has been garnering praises from all over the nation for it's honest portrayal of the events that happened in Kashmir during the 90's.

The director also met Home Minister Amit Shah and thanked him for the betterment of lives of Kashmiri pandits.

His tweet read, "Thanks a lot @AmitShahOffice ji for your encouragement. Your consistent efforts for the human rights of Kashmiri people and security forces is commendable. Your vision for a peaceful and prosperous Kashmir will strengthen humanity and brotherhood. #RightToJustice"

The freshest figures for The Kashmir Files are in. The film has minted another ₹18 crore on day five in domestic markets and another ₹1.50 crore in overseas markets, setting a record for the largest collection made on a Tuesday since the beginning of the pandemic. It has added another ₹19.50 crore to the bank. The film's total domestic collection stands at ₹60 crore.

Meanwhile, the movie has been made tax-free by eight states so far. Uttar Pradesh, Uttarakhand, Tripura, Goa, Karnataka, Gujarat, Madhya Pradesh and Haryana have exempted entertainment tax from the movie.

Written and directed by Agnihotri, the film depicts the exodus of Kashmiri Pandits from the valley in the 1990s. Produced by Zee Studios, it stars Anupam Kher, Darshan Kumar, Mithun Chakraborty and Pallavi Joshi among others.