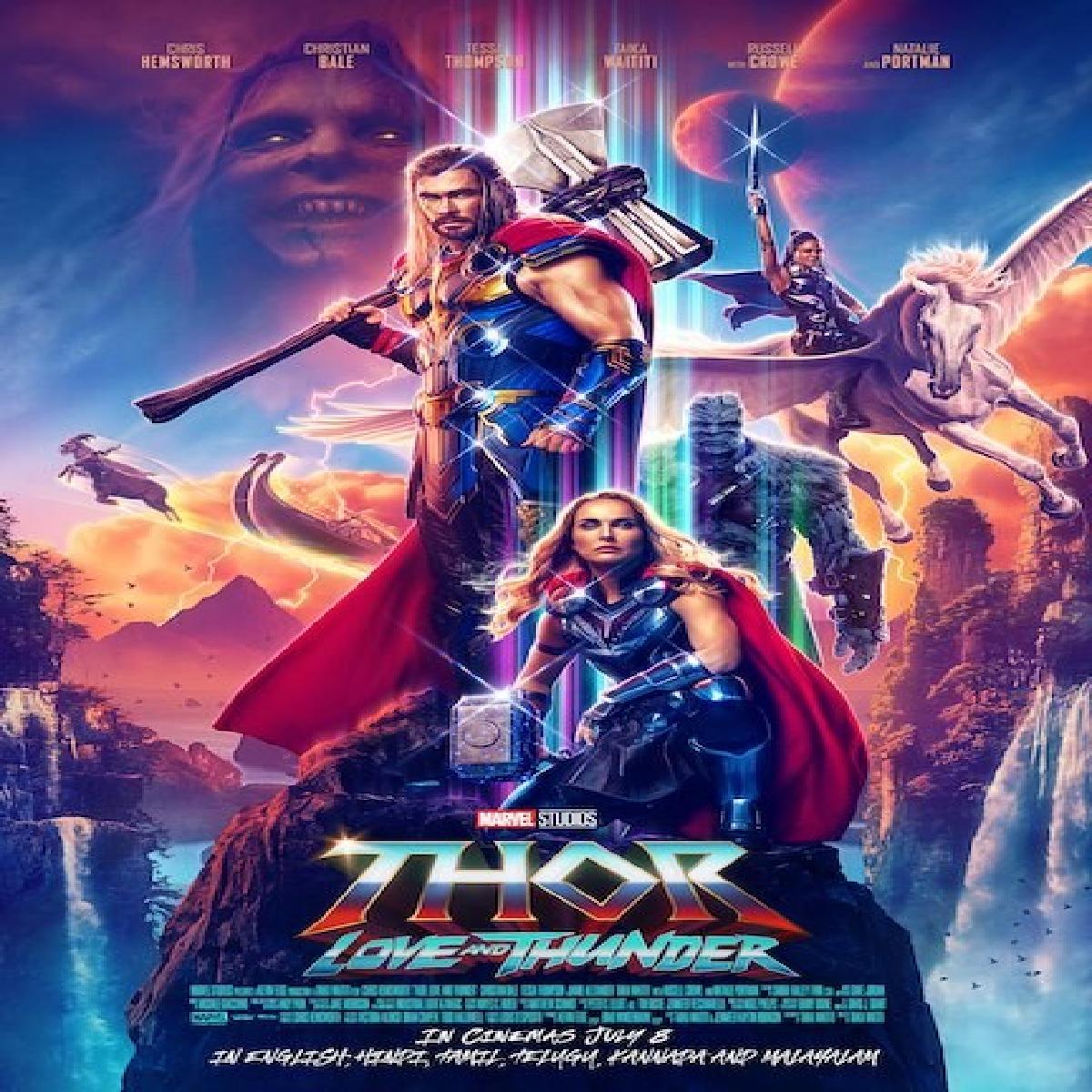 Thor: Love and Thunder trailer is finally out, based on the Marvel Comics character Thor, produced by Marvel Studios and distributed by Walt Disney Studios Motion Pictures.

In the film, Thor attempts to find inner peace, but must return to action and recruit Valkyrie (Thompson), Korg (Waititi), and Jane Foster (Portman)—who is now the Mighty Thor—to stop Gorr the God Butcher (Bale) from eliminating all gods.

The movies tell the story of the titular god as he makes his way through life, one adventure after another. Traversing Midgard without his godly powers, defending the entirety of the nine realms from invaders, and fighting his sister for the right to rule Asgard are just some of the large-scale battles that Thor has had to push through to become the man he is today. Within all the nine realms, Thor has fought for peace, love, and sometimes just for fun. And from the looks of the Thor: Love and Thunder trailer, the wild fun is not over just yet.

Director and actor Taika Waititi, who is also reprising his role as Korg, the humanoid rock alien and Thor’s best friend.  Tessa Thompson as Valkyrie, Christian Bale as Gorr the God Butcher, the cast of Guardians of the Galaxy, including Chris Pratt, Pom Klementieff, Karen Gillan, Dave Bautista, as well as the much-anticipated return of Natalie Portman as Jane Foster/Thor.

With big promises of love, fun, action, and thunder, the next instalment of the Thor series, Thor: Love and Thunder, is set to arrive in theatres on July 8th, 2022