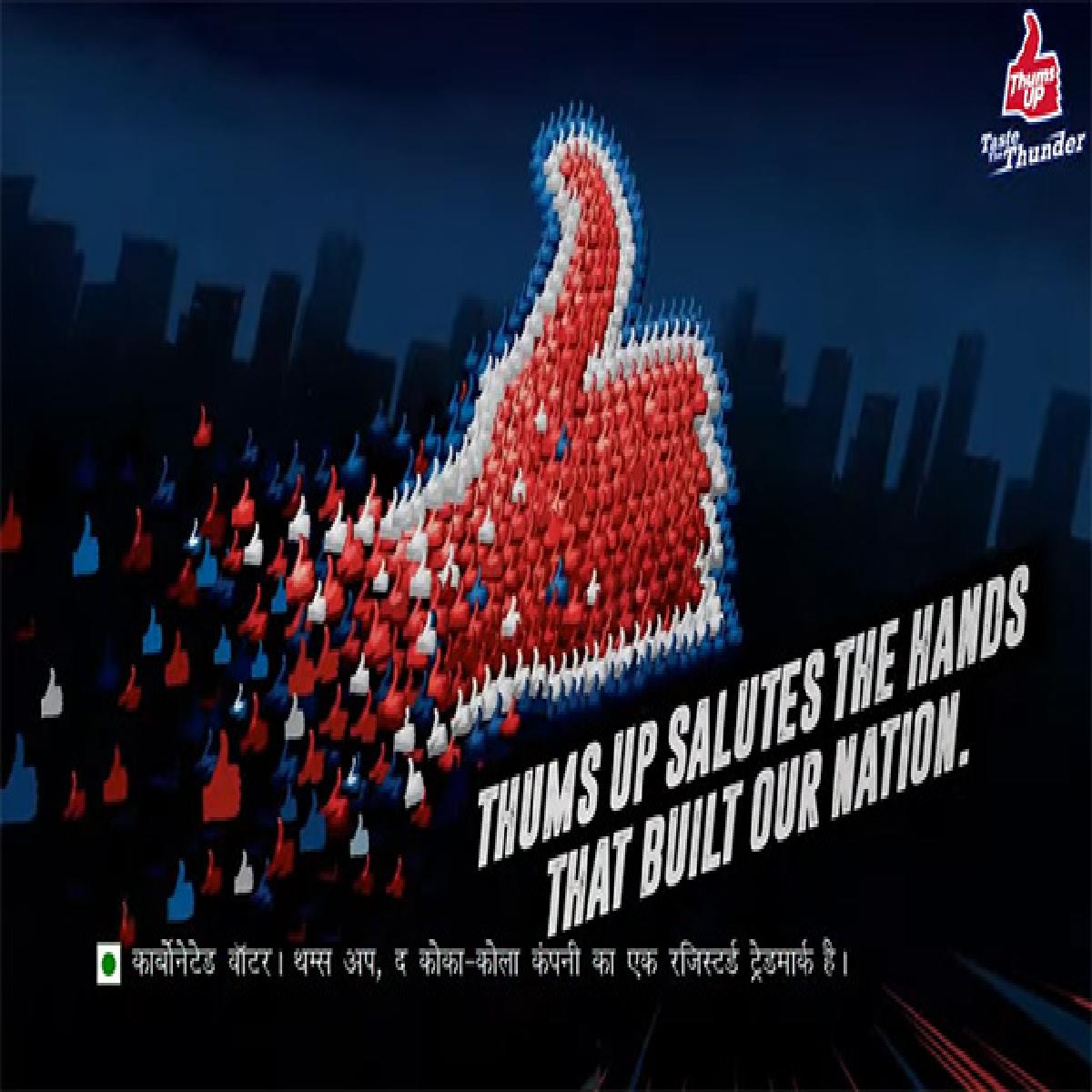 Thums Up, Coca-Cola India’s first billion-dollar homegrown brand has unveiled a new campaign commemorating 75 years of India’s independence. The campaign #HarHaathToofan presents an ode to inspirational people whose hands have built India over the years – who are the true beacons of the nation’s pride. Through this campaign, the brand celebrates their courage, perseverance & enduring strength that made them overcome all odds which came their way. With a compelling message and creative visualisation, Thums Up aims to evoke deep patriotism amongst the audience. The campaign adopts a powerful animated storytelling style, which seeks to inculcate feelings of pride and devotion, in the citizens of the country.

The #HarHaathToofan campaign features inspirational stories of athletes like Sourav Ganguly, former Indian national cricket team captain and current President – BCCI, who instilled self-belief & fearlessness in the Indian cricket team taking it to new heights of victory; Avani Lekhara, first Indian woman to win a gold medal at the Paralympics, firing her way to the top, despite losing her legs in an accident when she was 11 yrs old; and Nikhat Zareen, Indian Boxer and IBA Women’s World Boxing 2022 gold medalist, who became a world champion by showcasing great endurance and fortitude in a sport, which was traditionally considered masculine. The new campaign by the brand is an extension under its #PalatDe umbrella, which was initially unveiled last year during Thums Up’s worldwide partnership with the Olympic and Paralympic Games Tokyo 2020.

Announcing the new campaign, Tish Condeno, Sr. Director, Sparkling Flavors Category, Coca-Cola India and Southwest Asia said, “As one of the iconic homegrown brands of India, Thums Up has always stood for values of strength and resilience. Thums Up's 2021 #PalatDe Campaign, in partnership with Olympics & Paralympic Games, gained immense love and appreciation. This year, Thums Up celebrates 75 resilient years of India's Independence, with a special #PalatDe campaign about the many hands that have been building India. We are proud to partner with multiple inspiring individuals from India who have made the country immensely proud over the years – Sourav Ganguly, Avani Lekhara, and Nikhat Zareen, among many others.”

Speaking about the new campaign, Sourav Ganguly, former Indian national cricket team captain and current President - BCCI, said, “I have been proud to be associated with Coca-Cola India as the brand’s ambassador since 2017. Today, I am elated to be a part of Thums Up’s new campaign #HarHaathToofan, which beautifully marks the celebration of India’s 75 years of independence.”

The gripping #HarHaathToofan film has been conceptualized by Ogilvy. Commenting on the creative insight behind the campaign, Ritu Sharda, Chief Creative Officer, Ogilvy India- North, adds, “For the last 75 years, whenever the naysayers have doubted India’s potential, the hands of the nation have come forward and done a #PalatDe, turned them upside down. Thums Up is one of the nation’s most iconic brands and has the famous ‘thumbs up’ hand as its symbol. So, on this occasion of 75 yrs of Independence, we’re proud to transform this hand to the many hands that are Toofani. And it comes together beautifully in our campaign #HarHaathToofan.”

The campaign will adopt a 360-degree marketing approach, leveraging multiple touchpoints for optimizing reach and consumer engagement, including television, digital, print and unique OOH, in the run-up to Independence Day. The brand, as part of the campaign, will also unveil six short films promoted on digital media encompassing the iconic journey India has had.