Tiger Shroff As Babloo Of Heropanti 2 Is Back 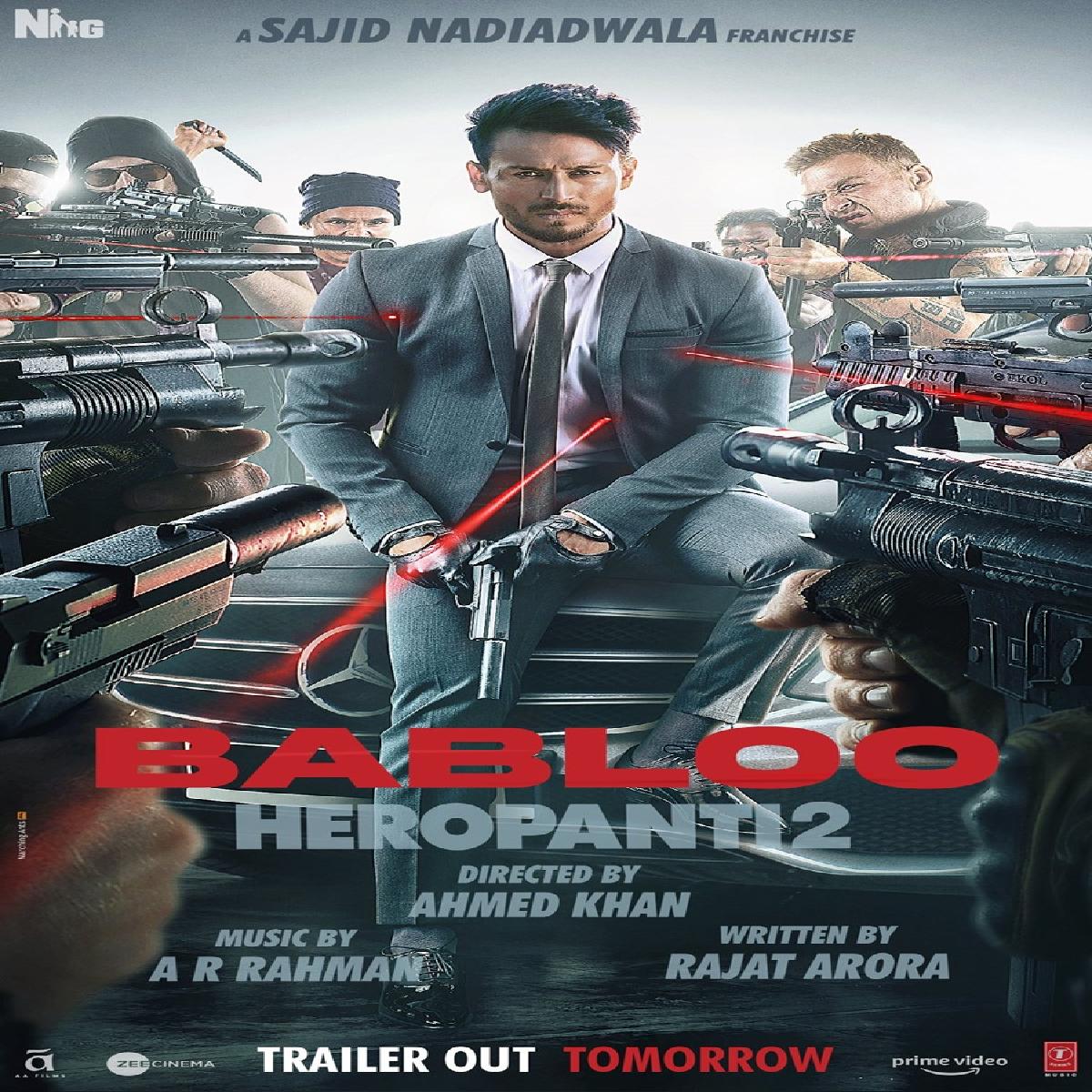 Tiger Shroff as Babloo is back, the first look poster of Heropanti 2 is out and the trailer for the same will be out tomorrow.

Newbie Tiger made his debut with Heropanti with Kriti Sanon, and now he is back with the second instalment with Tara Sutaria.

Heropanti 2 is an action romantic drama directed by Ahmed Khan, written by Rajat Arora and produced by Sajid Nadiadwala under the banner of Nadiadwala Grandson Entertainment. The film also stars Nawazuddin Siddiqui as baddie.

The trailer for the film will be out tomorrow and the film is scheduled to be released on 29 April 2022.

Apart from Heropanti 2, actor Tiger Shroff is also busy with another franchise project, titled Ganapath. He is also prepping for Baaghi 4 and his first ever outing with Akshay Kumar titled ‘Bade Miyan Chote Miyan.