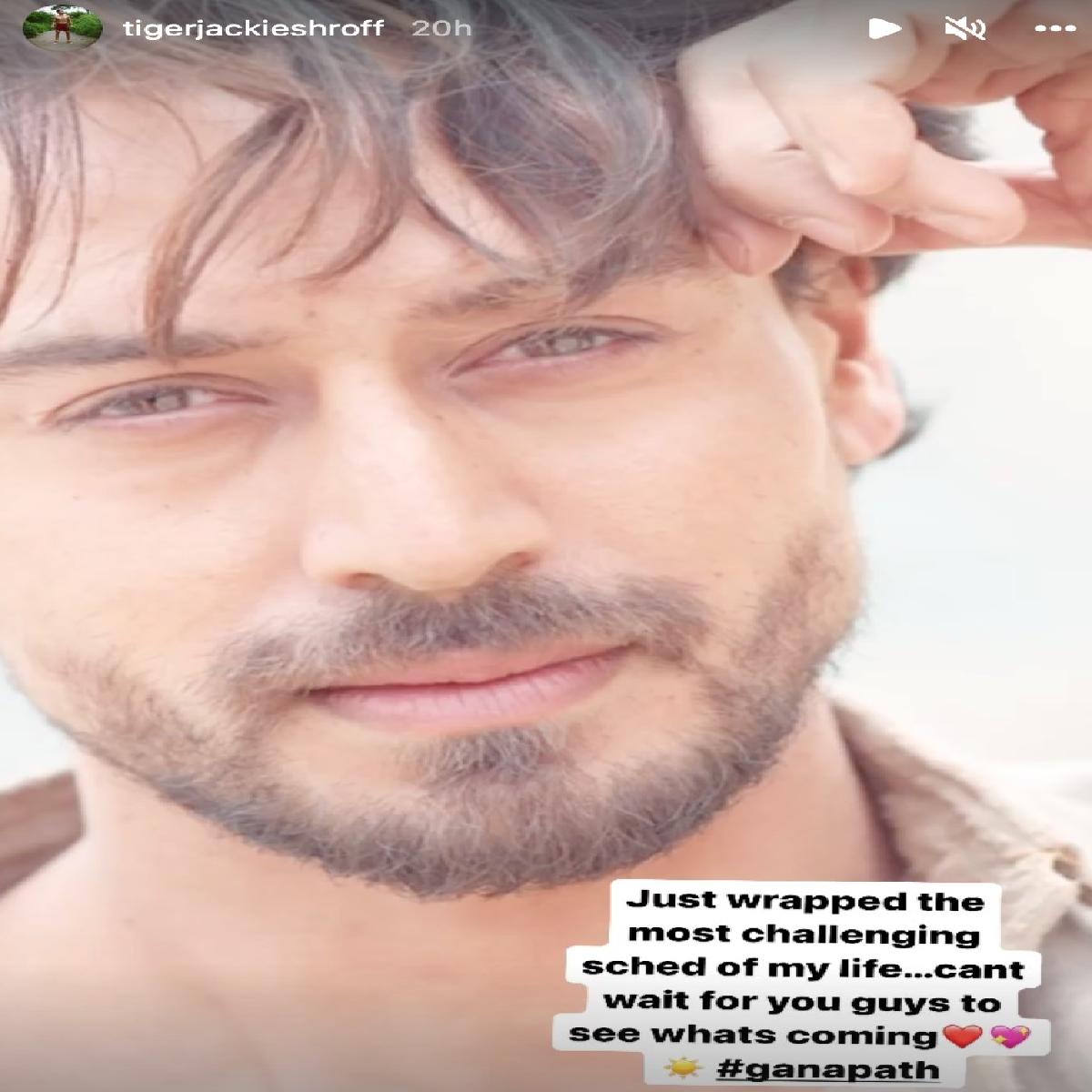 Action star Tiger Shroff, who is busy shooting for his next titled Ganapath, just took to his social media and informed fans about wrapping the most challenging schedule of his life.

Bollywood’s newest action star, Tiger Shroff, who is known for his high-octane stunt sequences, is set to return with yet another thriller, Ganapath, which is helmed by Vikas Bhal.

Sharing deeds about his action schedules, Tiger Shroff shared a story on his IG profile, it read, “Just wrapped the most challenging sched of my life…can’t wait for you guys to see what’s coming”#ganapath”

The film is bankrolled by Good Co. Production and Pooja Entertainment. The film also reunites Tiger Shroff with Kriti Sanon after their debut movie Heropanti.

The franchise action thriller also stars Elli AvrRam and Malayalam actor Rahman in the lead roles. The film is scheduled to be released on 23 December 2022.

After an arduous schedule in Ladakh the actor will now begin preparations for Rambo, followed by Bade Miyan Chote Miyan alongside Akshay Kumar.