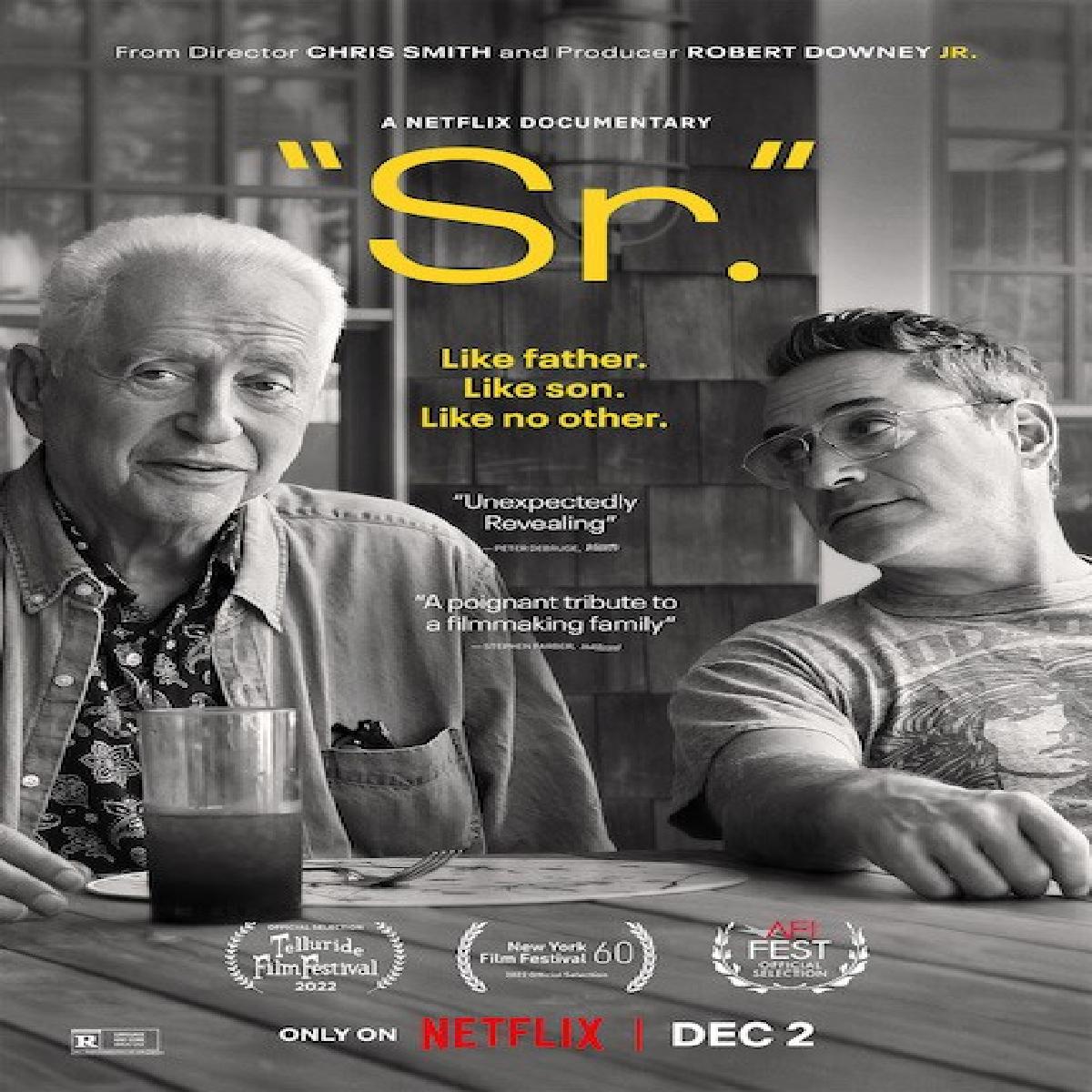 The title is a reference to Robert Downey Sr., the father of actor Robert Downey Jr, the very intimate, very personal film is about their father-son relationship and his father's work in the film industry.

The docu-drama is a lovingly irreverent portrait of the life and career of maverick filmmaker Robert Downey Sr. (who passed away in 2021) that devolves into a meditation on art, mortality, and healing generational dysfunction.

The film originally premiered at the 2022 Telluride Film Festival and also showed up at NYFF, AFI Fest, and DOC NYC this fall.

Shot over three years, the film truly honours Senior's nonlinear, outlaw-life approach, including capturing his decision to embark on his own concurrent, final film project.

This portrait of a family and an artist is a meditation on life that’s as surreal as it is sentimental, a celebration of making art with no rules that tosses out its own rulebook along the way. The film will be out on 2nd December 2022.