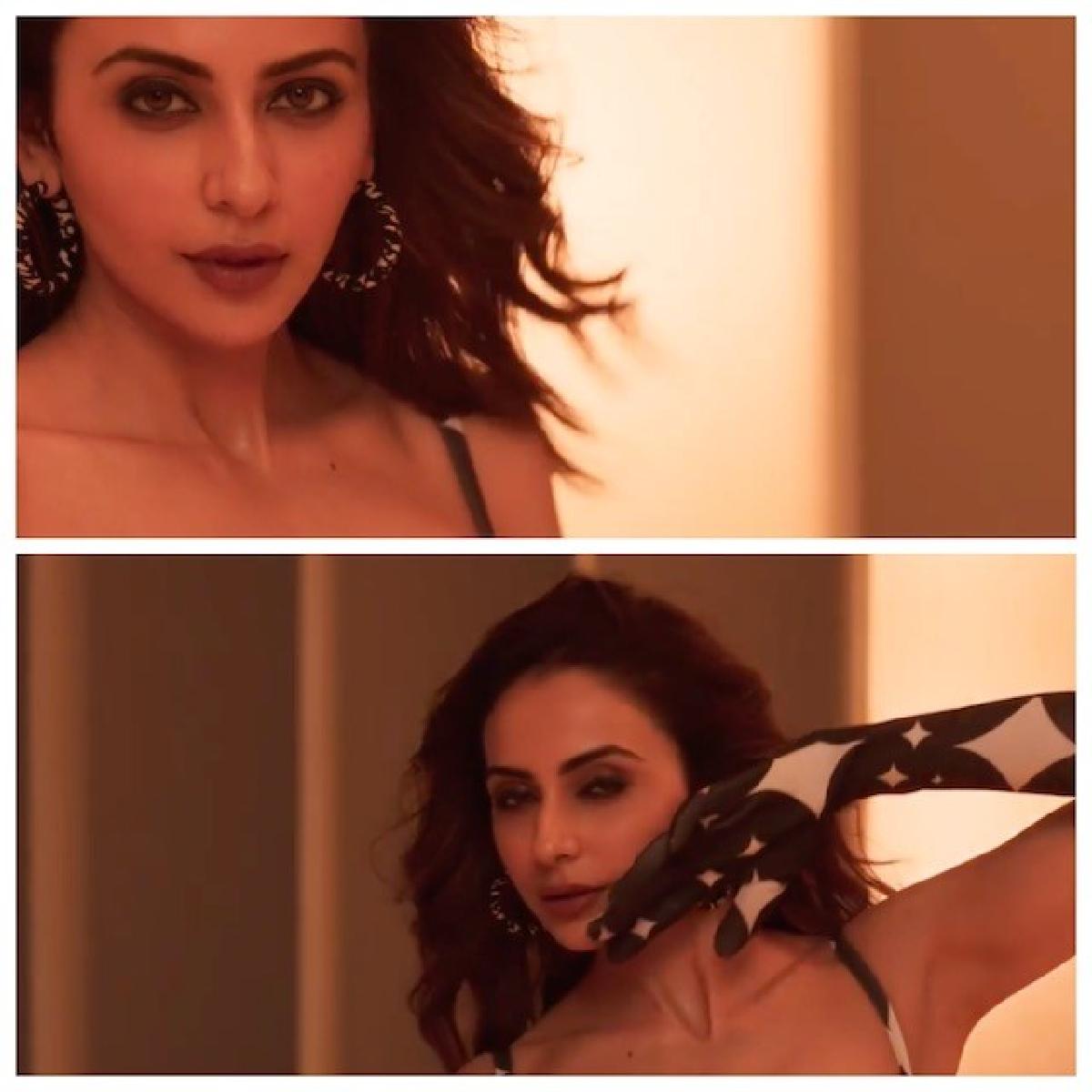 Rakul Preet Singh, who will soon be seen in music video Mashooka by Jjust Music, says she is trying to showcase her glamours side to Hindi audience. Rakul Preet Singh was interacting with NewsHelpline to promote her new single Mashooka, which is produced by none other than her

boyfriend Jackky BhagnaniTalking about the venturing into hot and sensual space with Mashooka, actress Rakul Preet Singh said, “Hindi audience hasn’t seen the glamour side of me, because most of my films are going to release right now. I haven’t had that many Hindi releases as much as

Telugu. My films with Allu Arjun, NTR Jr, Ram Charan and more, I had the glamours songs and dance numbers, the mass songs but not so many in

Hindi. My last release Runway 34and Attack didn’t have any songs, and I didn’t wanted to limit myself to a certain genre, and I thought let’s do a dance number, for my audiences and love for music”

Rakul.Mashooka, the peppy dance number is crooned by Asees Kaur, Aditya Iyengar and Devansh Sharma aka Viruss, and directed by Charit Desai.

Talking about the first ever Pan-India music video with high production value, Rakul Preet said, “Charit, who directed the video, had a great idea of K-pop vibe, which is not seen in Indian music video’s so far, with so many colours and six different sets for one music video. Dimple, who has

choregraphed the video wanted to make it look sexy yet relatable, very do-able in terms of the steps, so that people catch on to the hook-step. I enjoyed shooting Mashooka” Jjust Music's song 'Mashooka' will be out in Hindi, Telugu, and Tamil on July 26, 27, and August 1 respectively.

Meanwhile, on the film front, Rakul will be seen in Chhatriwali. The film, directed by Tejas Prabha Vijay Deoskar, tells the story of a chemistry graduate who ends up accepting the job of a quality tester for condoms as she needs money. Rakul will also be seen as a gynaecologist in her upcoming movie Doctor G.