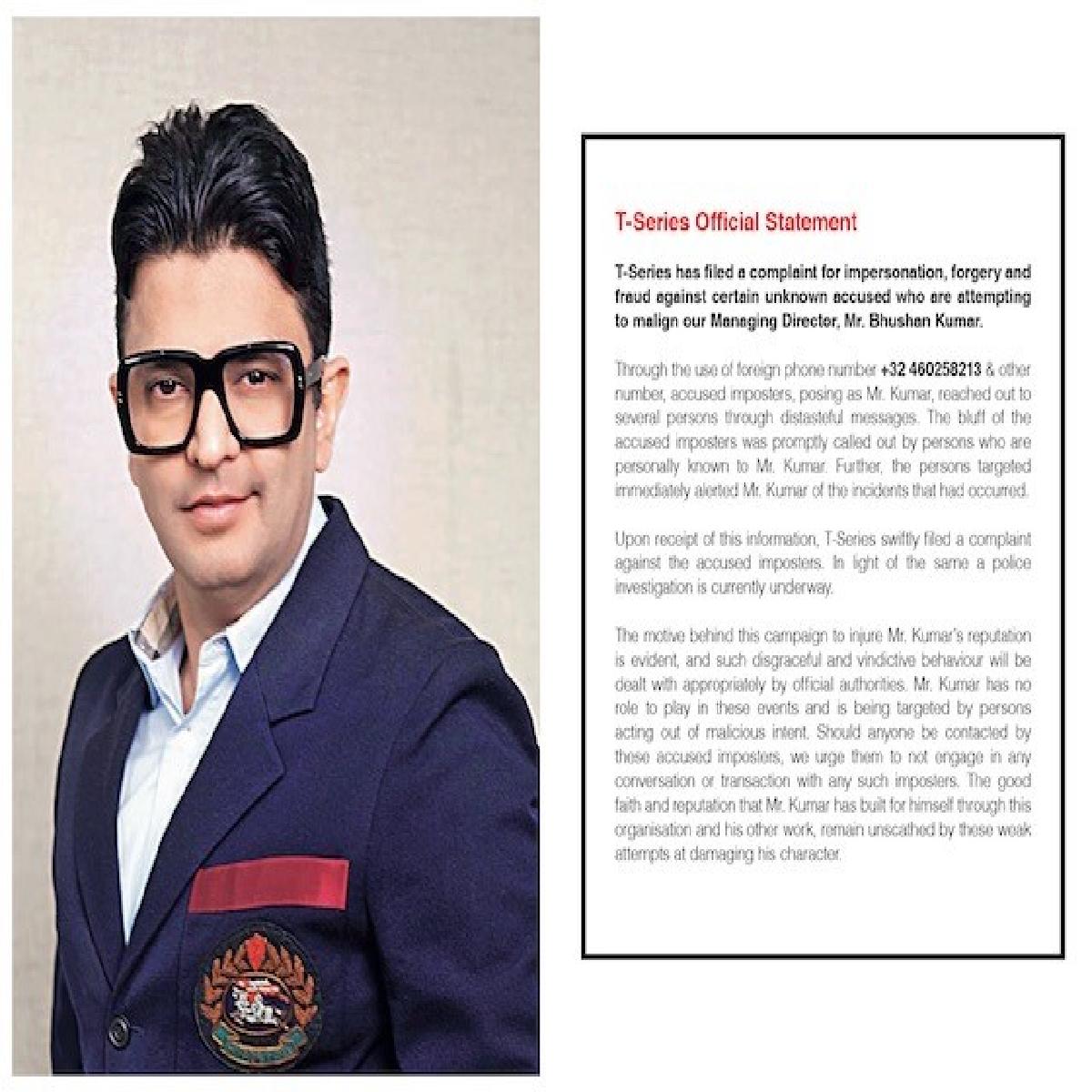 In the statement, they wrote that the accused tried to impersonate Bhushan Kumar and sent inappropriate messages to his close ones. The company also issued a statement with regard to the case and took a stand against such behaviour.

The statement read, “Through the use of foreign phone number +32 460258213 and other number, accused imposters, posing as Mr. Kumar, reached out to several persons through distasteful messages. The bluff of the accused imposters was promptly called out by persons who are personally known to Mr. Kumar. Further, the persons targeted immediately alerted Mr. Kumar of the incidents that had occurred”

“Upon receipt of this information, T-Series swiftly filed a complaint against the accused imposters. In light of the same a police investigation is currently underway”

“The motive behind this campaign to injure Mr. Kumar’s reputation is evident, and such disgraceful and vindictive behaviour will be dealt with appropriately by official authorities. Mr. Kumar has no role to play in these events and is being targeted by persons acting out of malicious intent. Should anyone be contacted by these accused imposters, we urge them to not engage in any conversation or transaction with any such imposters. The good faith and reputation that Mr. Kumar has built for himself through this organisation and his other work, remain unscathed by these weak attempts at damaging his character” read the full note.

According to the statement issued, someone is sending inappropriate messages to his close ones. The company is taking the legal route to catch the impersonator.