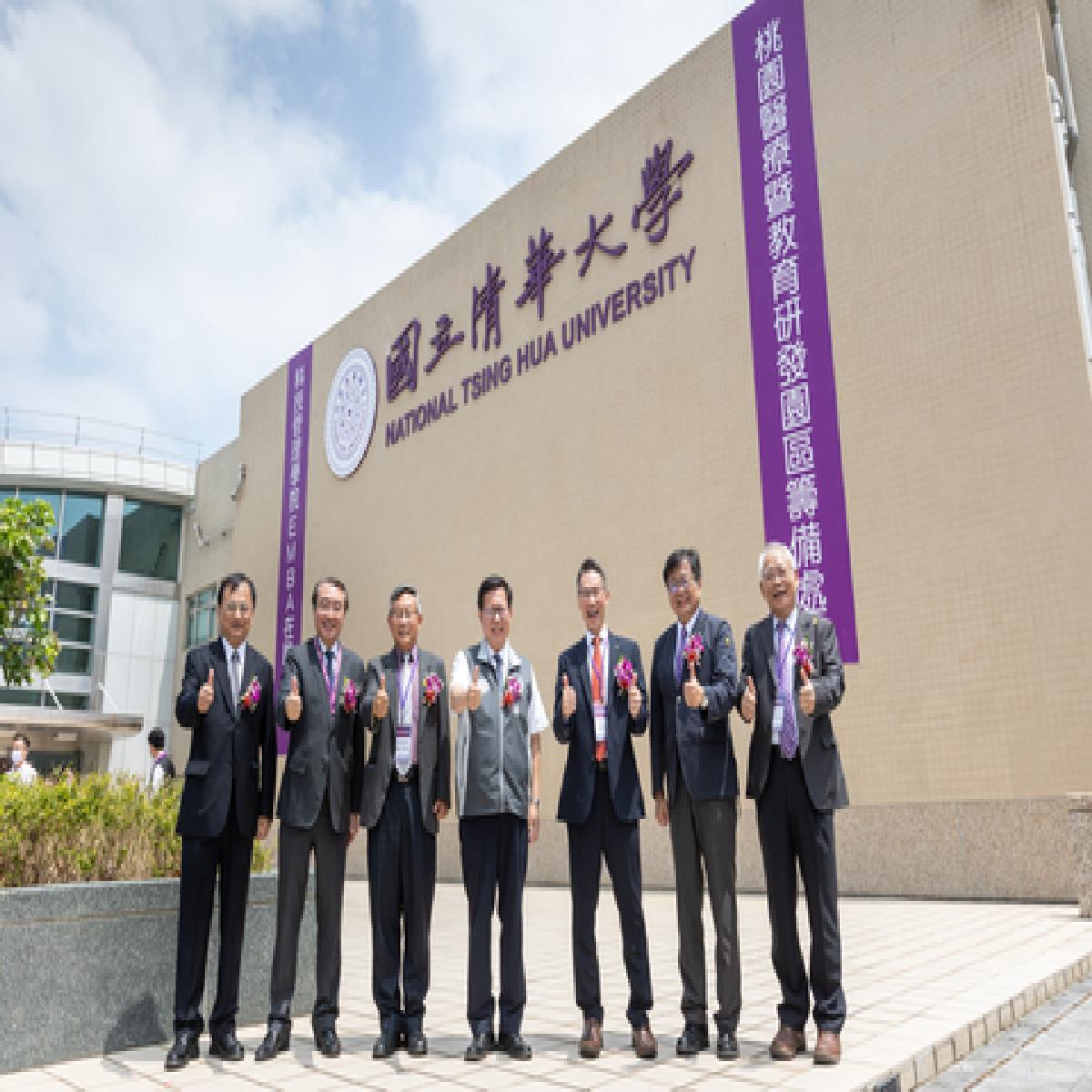 On August 20, the Tsing Hua University Hospital Preparatory Office was officially opened in the Xinkong Building at the Taoyuan Metro Corporation’s Qingpu Depot, which is only one MRT station away from the site where the Hospital will be built.

NTHU and the Taoyuan City Government have already signed a letter of intent outlining their plan to jointly establish a world-class medical center that will serve the local community; the plan also includes assistance in the training of bilingual teachers and support for science education and experimental education at Taoyuan’s kindergartens, primary, and secondary schools.

Mayor Cheng has played a key role in the early stages of the Hospital project. He pointed out that Taiwan is good at both electronics and medical care, both of which are taught at NTHU, and that’s why he has been such a staunch supporter of NTHU through all the difficulties which have arisen in the planning stage.

Cheng emphasized that it will take only ten minutes for an ambulance to go from the Taoyuan International Airport to the emergency room at the new hospital; and that in addition to cosmetic surgery and health examinations, the Hospital will also provide critical care and boron neutron capture therapy (BNCT).

Moreover, the Hospital is expected to become a leading center for the development of advanced cell regeneration technology.

President Kao said that this is a very important day for NTHU, in that the school has long had its sights set on medical education, and now the dream has finally come true, noting that “Today is a new milestone in this 50-kilometer journey from NTHU to Taoyuan, which has been going on for some 66 years.”

Kao also noted that this year could be seen as the “year of medicine” at NTHU, since the first batch of medical students has recently been enrolled.

NTHU senior vice president Lyu Ping-chiang said that the BOT agreement will be finalized by the end of this year, and that construction will start next year, soon after the parcel is transferred. The Hospital is expected to be completed by the end of 2027 and opened in 2028.

The Hospital will initially have 200 general acute care beds, plus an intensive care unit, a respiratory care unit, negative pressure isolation rooms, and a psychiatric unit for both inpatients and outpatients, all of which will be gradually expanded over a number of years to reach a total capacity of 910 beds.