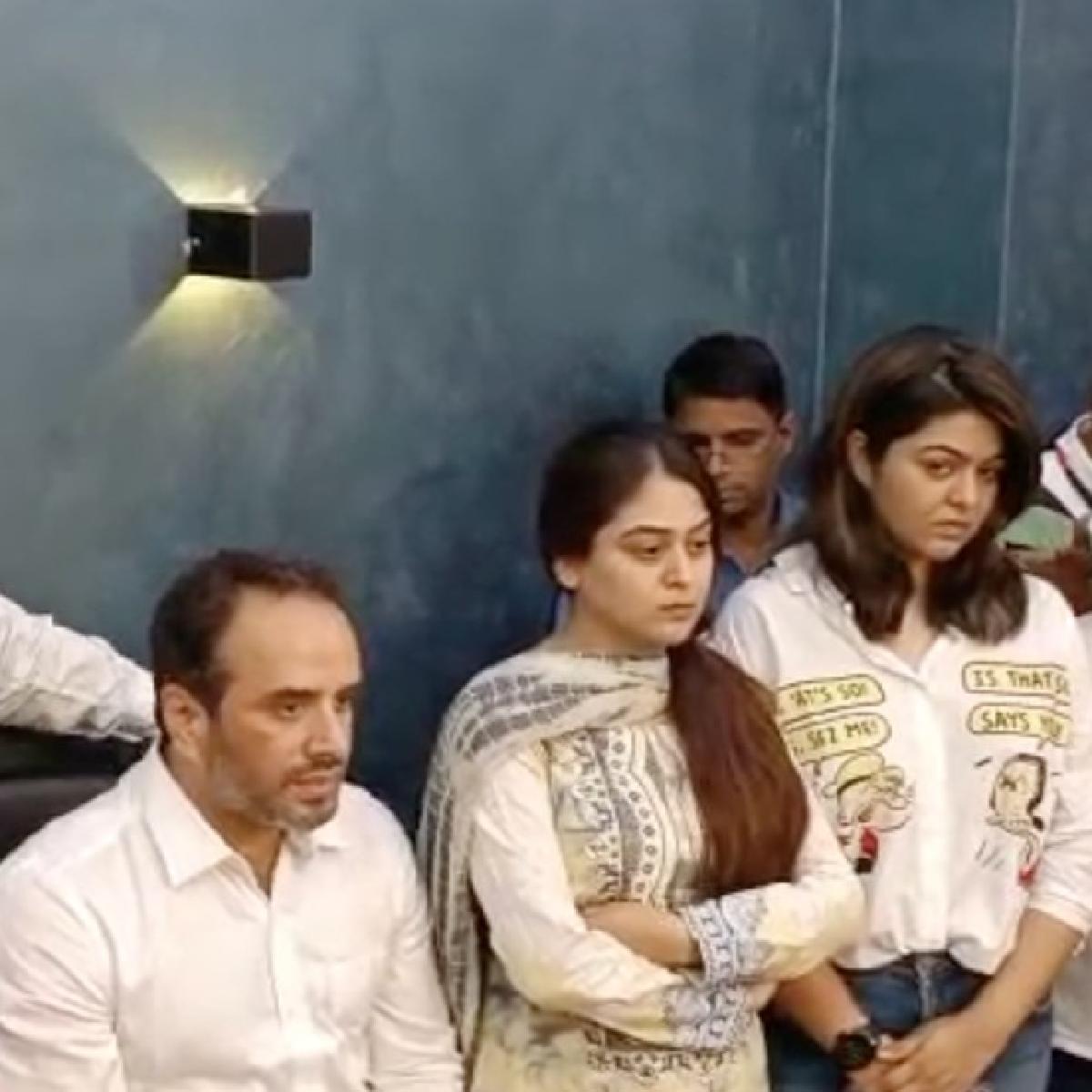 Actress Tunisha Sharma, who allegedly died by suicide on Christmas eve, her mother and uncle alleged that Sheezan and his family mis-treated Tunisha, including physical violence, but Sheezan's advocate denies everything and blame Tunisha’s family.

Sheezan Khan’s family members, sisters Falaq and Shafaq Naaz and his mother along with their lawyer Shailendra Mishra hosted a press-conference in Mumbai.

“There is no love jihad, it is a false narrative. Tunisha used to panic a lot upon hearing the name of Sanjeev Kaushal. At the instigation of Sanjeev Kaushal, her mother broke her phone and tried to strangulate her…Sanjeev Kaushal and Tunisha's mother used to control Tunisha's life" advocate, Shailendra Mishra said.

“Her mother and uncle used to control Tunisha's finances. She would often pleaded in front of her mother for her own money" said Sheezan Khan's advocate.

Pawan Sharma, who calls himself Tunisha' uncle, in reality was her former manager who was fired as he behaved harshly with her.

“Tunisha's so-called uncle Pawan Sharma was her former manager, who was fired four years ago because he used to interfere in her affairs and behave harshly with her" added Mishra.

Sheezan Khan was reportedly dating Tunisha Sharma, who was allegedly found hanging at a TV serial set on December 24, a fortnight after the two broke up their few-months-long relationship.