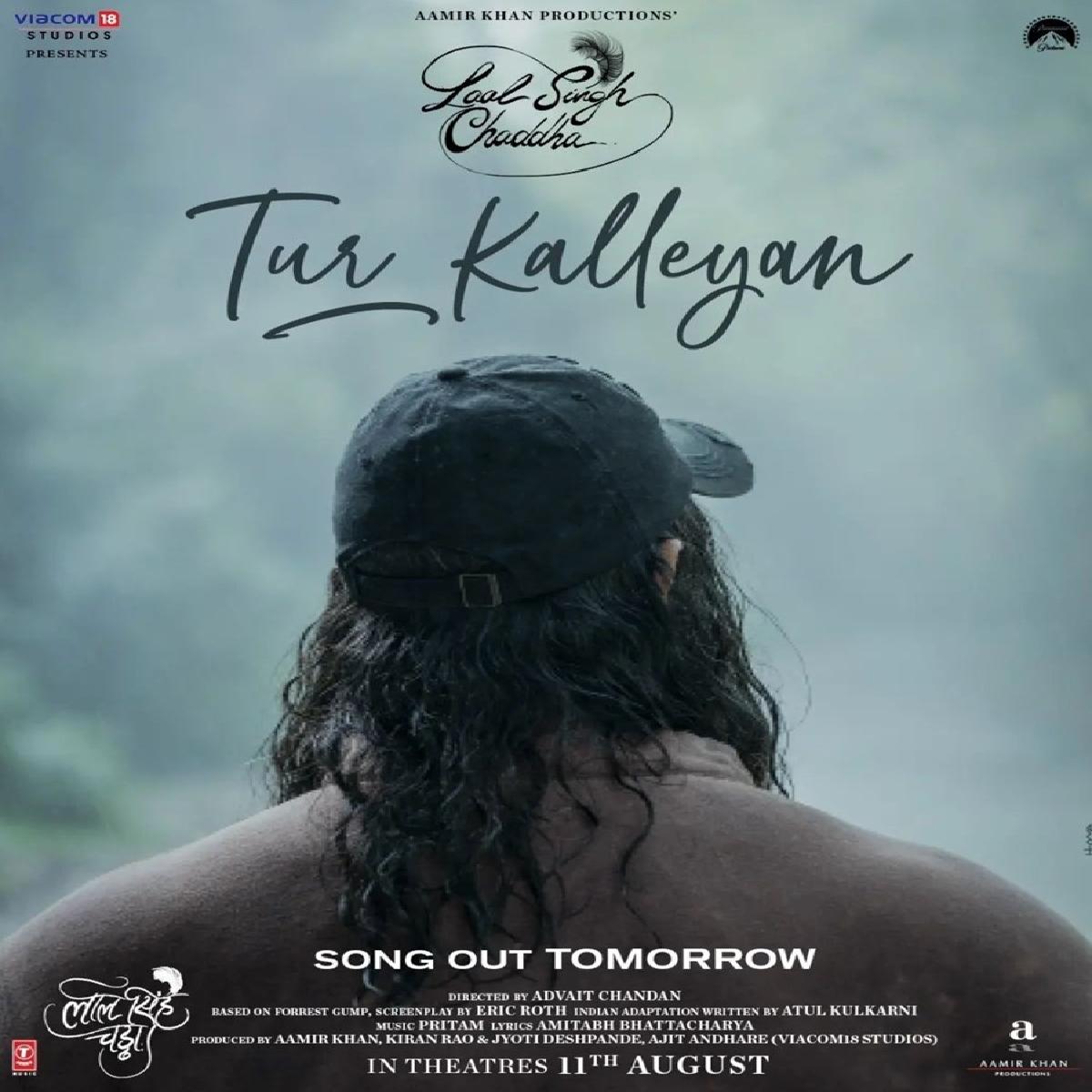 After unveiling Kahani, Main Ki Karaan and Phir Na Aisi Raat Aayegi songs from Laal Singh Chaddha, the makers of the film will release the fourth song, Tur Kalleyan tomorrow. First look poster for the song is out.

The official handle of Aamir Khan Productions dropped the first look poster for the song. It said, “#TurKalleyan is a beautiful and moving song that captures the spirit of relinquishing all that weighs you down and looking forward to a newer, loving self. Song out tomorrow  #LaalSinghChaddha

The Hindi adaptation of Hollywood classic Forrest Gump, titled Laal Singh Chaddha is helmed by Advait Chandan from a screenplay written by Eric Roth and adapted by Atul Kulkarni. The film is produced by Aamir Khan Productions, Viacom18 Studios and Paramount Pictures.

The film stars Khan as the titular character along with Kareena Kapoor, Naga Chaitanya (in his Hindi film debut) and Mona Singh.
Laal Singh Chaddha has been filmed in more than 100 Indian locations. Initially scheduled for a Christmas 2020 release – was delayed. The film is scheduled for release on 11 August 2022.