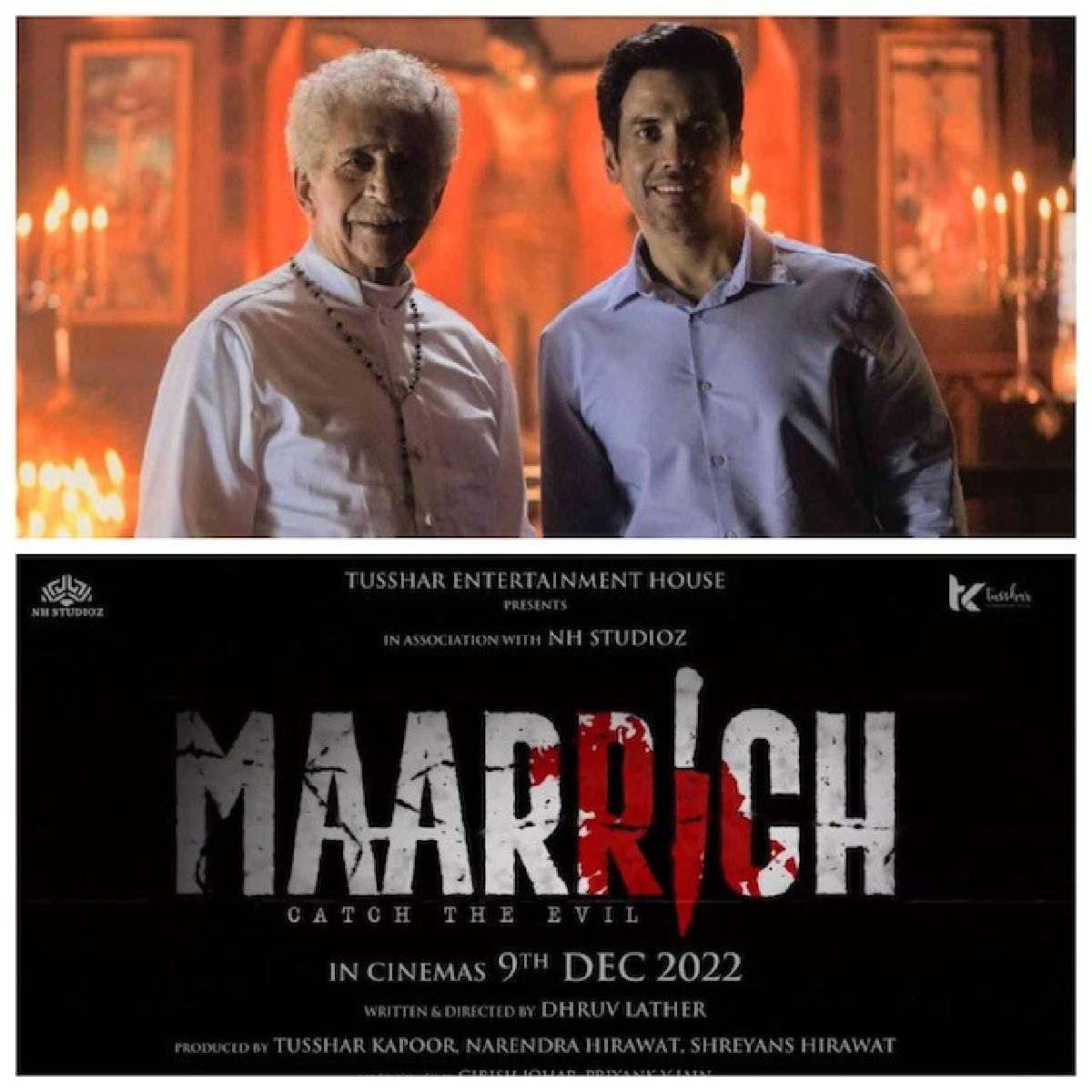 Sharing the motion poster of the movie, Tusshar Kapoor, “Caution…you are about to get tangled in the world of #Maarrich, Catch the evil! Trailer coming soon! In cinemas on 9th December 2022. World of Maarrich, starring @naseeruddin49 and Myself. A film by #TussharEntertainmentHouse, written and directed by @dhruvlather #NarendraHirawat @shreyans_hirawat #GirishJohar @priyankvjain @nh_studioz @amaal_mallik @vishalmishraofficial”

Directed by Dhruv Lather and produced by Tusshar, the film also features Naseeruddin Shah along with Tusshar Kapoor, who will be seen playing the role of a police officer.

The film marks the directorial feature for Dhruv Lather, expressing he joy, he shared, “Caution, you are about to get tangled in the world of #Maarrich, Catch the evil! Thrilled to present my directorial feature! Trailer coming soon! In cinemas on 9th December 2022.  Starring @tusshark89 and @naseeruddin49. A film by #TussharEntertainmentHouse”

Presented by Tusshar Entertainment House in association with NH Studios, the film is written by Dhruv Lather, it is also produced by Narendra Hirawat, Shreyans Hirawat, Girish Johar and Priyank V Jain.

The film will release theatrically on December 9, 2022.