USAID Supports National Consultation on the Elimination of Tuberculosis in India 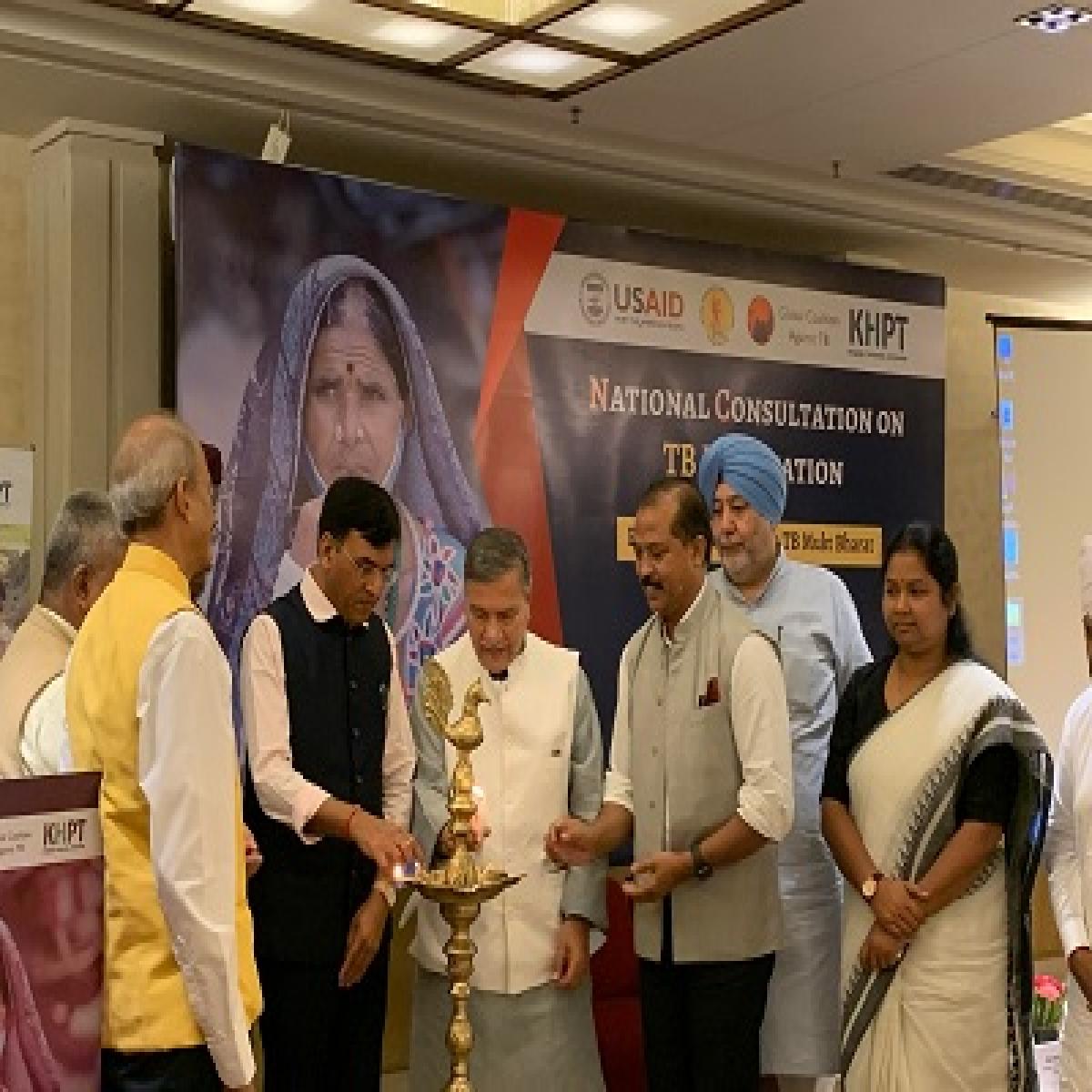 The Honorable Minister for Health and Family Welfare, Dr. Mansukh Mandaviya, gave the inaugural address in which he highlighted that health must be a priority if we need to progress and ensure that socio-economic development is achieved.

Here he mentioned that it was not only the responsibility of the government and appealed: “can we all work together to make TB Mukt Bharat a reality.”

He announced that a new portal would be launched that could make this a reality. It captures detailed information on TB-related data of the entire county and would be accessible to all. Here an individual could “adopt” a TB patient and take care of their treatment and nutrition. “If each one of us adopts one or several patients the goal of 2025 will quickly be realized,” he said.

Dr Dalbir Singh, President, Global Coalition Against TB (GCAT), said, “If we are to liberate this country from this terrible scourge, we need to involve the entire political class, build partnerships and integrate the private sector as well. We must adopt a multi-sectoral approach. We must honour our commitment to eliminating TB by 2025 and give a lead to the rest of the world.”

Speaking on behalf of parliamentarians, Shri Bhubaneswar Kalita, Member of Parliament said, “We need to continue to focus on multisectoral collaborative approach to reach the most vulnerable and unreached vulnerable populations, to achieve TB elimination, and leave no one behind.”

In his address, Dr Rajendra Joshi, Deputy Director General, NTEP, spoke about the many barriers that exist especially in reaching the most marginalized. He emphasized, “We want to address social stigma and vulnerability in our fight against TB.”

Adding another perspective Mr Mohan HL, CEO KHPT said, “Any health intervention needs to focus on both workspace and residential spaces if we are to respond to the health needs of the urban vulnerable.”

Acknowledging the urgency of the problem, Ms. Sangita Patel, Health Office Director, USAID, India added that, “We need to think of what else we can do within our existing programmes differently, that we haven't done before.”

Since 1998, the United States and India are working together to combat TB through improved patient-centered diagnosis, treatment and prevention, helping treat more than 15 million people with the disease. USAID works with both the Government of India and, through our partners, with the communities where TB is most prevalent. The trust, involvement, and ownership of these communities is essential to making TB programs more responsive and effective. Discussions included community champions and survivors who offered their perspectives on fighting TB and the associated stigma.

Topics touched on during the conference included the role of elected representatives at all levels in eliminating TB, last mile delivery, and the importance of addressing latent TB. Participants also engaged on how best to foster stakeholders’ collaboration, build community engagement, eliminate stigma, and ensure the inclusion of vulnerable populations in the TB Mukt Bharat initiative. Finally, participants shared treatment innovations including vaccination and shorter treatment regimens. In addition to sharing information, the conference strengthened relationships between stakeholders for their shared fight against TB.