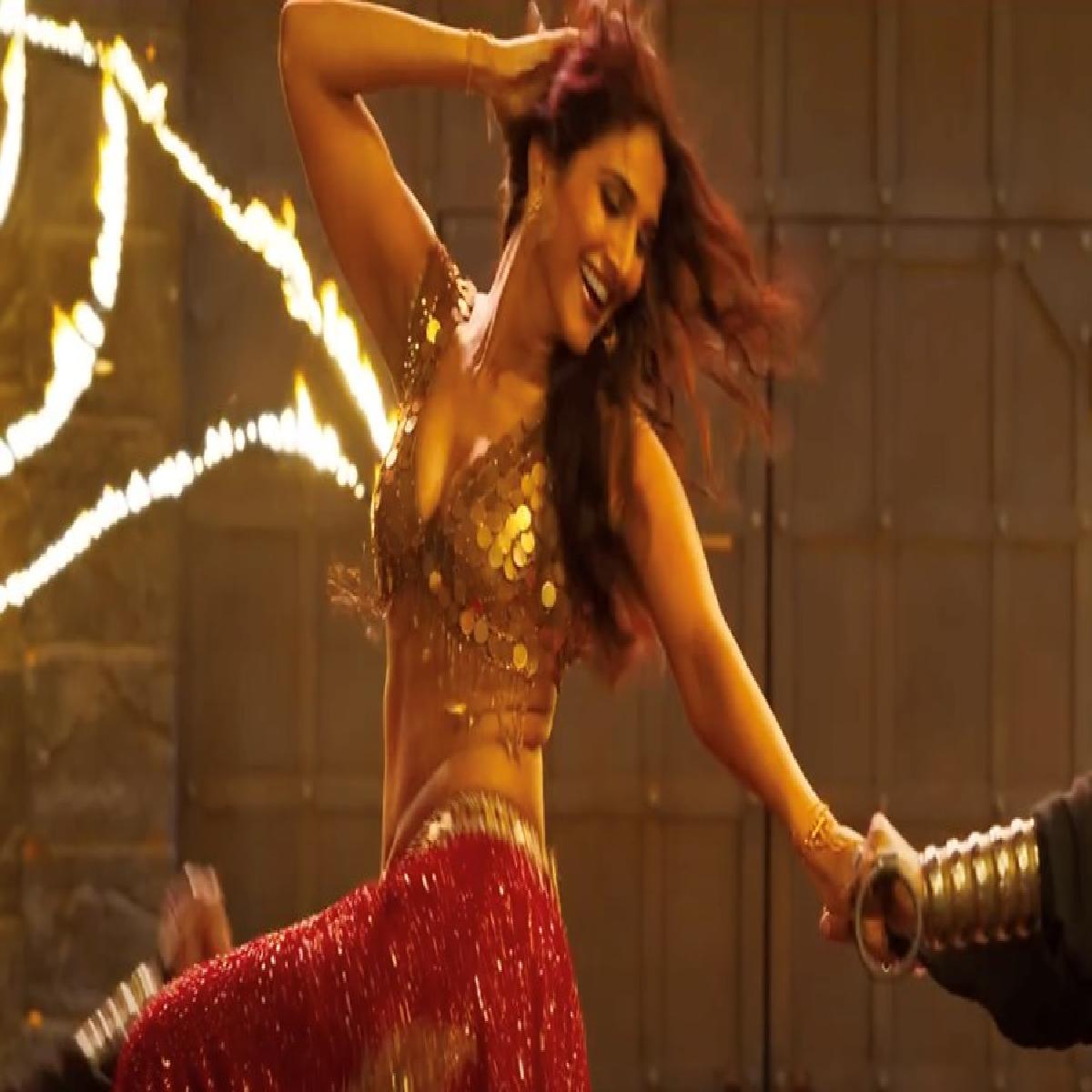 Actress Vaani Kapoor, who will be seen playing the role of a dancer in forthcoming perido drama Shamshera, unveils the teaser for Kaale Naina song. The song will be released with the movie.

Sharing the stunning teaser for the epic dance number, Vaani Kapoor captioned her post, “Lattoo hone ke liye taiyyar? Watch Sona…and Balli sparkle on stage #KaaleNaina song teaser OUT NOW!  Experience the full song ONLY ON THE BIG SCREEN! Shamshera releasing in Hindi, Tamil & Telugu. Celebrate #Shamshera with #YRF50 only at a theatre near you on 22nd July.

The song is crooned by Neeti Mohan, Shadab Faridi, and Sudesh Bhosale. The song is written and composed by Mithoon with Traditional Kalaam.
The song features Vaani Kapoor flaunting her groovy dance moves, the song dazzling, glorious and little flirtatious. The song also features Ranbir Kapoor dancing his heart out, dressed in Peacock feathers.

The period action is set in the 1800s, the story follows a dacoit tribe and their fight for independence against the British rule.

Produced by Aditya Chopra under Yash Raj Films and directed by Karan Malhotra. The film stars Ranbir Kapoor in a dual role with Sanjay Dutt as the antagonist alongside Vaani Kapoor, Ronit Roy, Saurabh Shukla and Ashutosh Rana. It is scheduled for theatrical release on 22 July 2022.